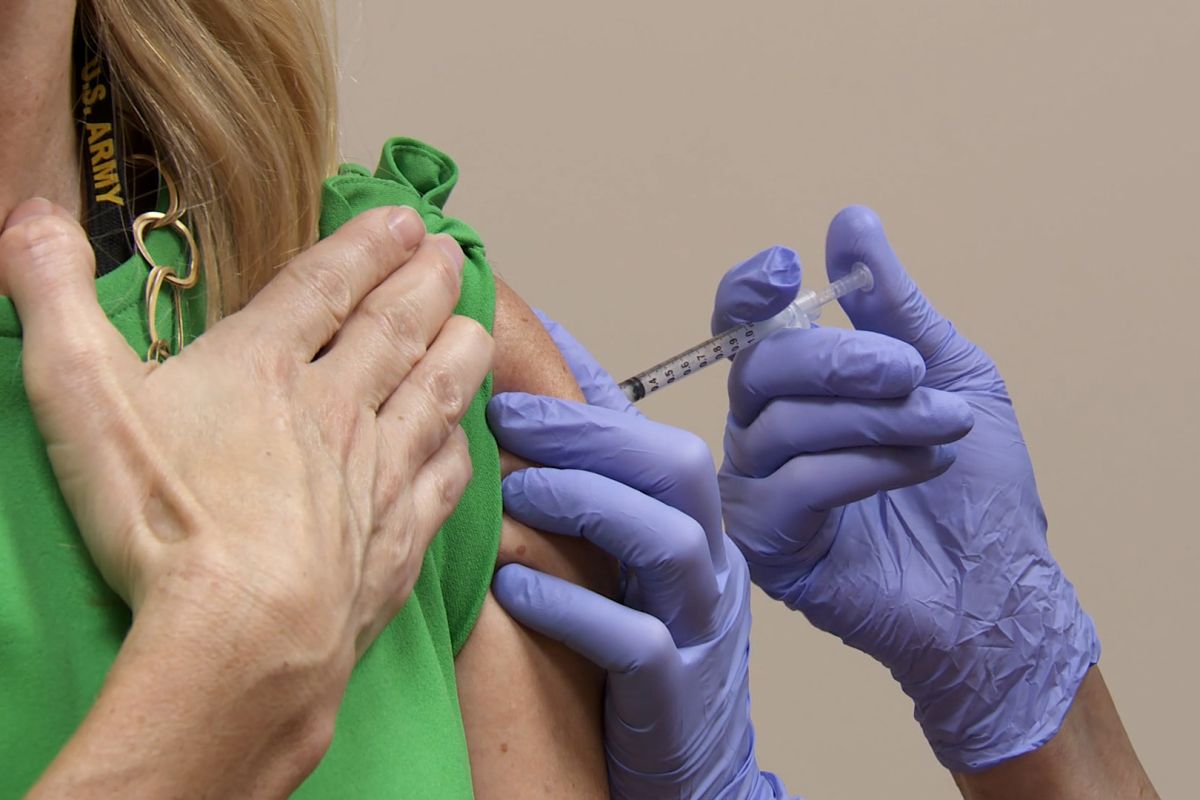 Ben Sturbaum knows all too well about breakthrough COVID-19 infections.

Four months after receiving his second dose of the Pfizer vaccine in March, the 62-year-old Owensburg resident started feeling sick.

But he avoided hospitalization – and possibly worse – which is the function of the vaccines.

Sturbaum is one of the almost 54,000 breakthrough cases of COVID-19 recorded in the state. Those are cases defined as positive cases identified at least 14 days after a final dose of the vaccine.

And while that sounds like a large number, it’s just 1.5 percent of the number of fully vaccinated Hoosiers. And, it’s out of more than 1 million positive cases recorded in the state since the pandemic began 18 months ago.

Shaun Grannis is the vice president for Data and Analytics at the Regenstrief Institute in Indianapolis. He said the numbers back up the efficacy of the vaccines.

The state has recorded 513 breakthrough deaths, but that’s only 3 percent of total COVID deaths in the state, which are just around 16,000.

Grannis said that aside from the health protections the vaccines provide, there’s a monetary reason to get vaccinated.

“The Merck pill that’s going to be coming out costs about $700 for a regimen. The antibody infusions, the monoclonal antibodies, this costs about $2,000. A hospitalization costs over $20,000.,” he said. “And that vaccine to us is free.”

Still, vaccine hesitancy remains an issue in the state.

Indiana ranks in the bottom third in the nation in percentage of the population fully vaccinated at just around 50 percent.

Daily doses of the vaccine given peaked at a little more than 75,000 in early April, but have steadily decreased since and are hovering around 5,000 to 6,000 a day now. And the number of booster shots is outpacing first and second shots.

“The data clearly shows you are much more protected with the vaccine than without,” Grannis said. “And so I would just encourage people to continue to look at the data. And if they have questions or concerns, reach out to their health care provider to have those conversations.”

Almost 90 percent of the deaths in the state have occurred in individuals over 60 years old. Those over 80 account for 47 percent of all deaths.

But those age groups are also the most vaccinated, with 79 percent of those over 60 fully vaccinated. So, it’s unsurprising that older Hoosiers make up a small percentage of positive cases in the state.

Twenty to 29-year-olds make up the largest age group of positive cases at almost 18 percent. Those 12 to 17, the youngest group eligible for the vaccine, account for 7.5 percent of positive cases.

Because COVID-19 affects those with co-morbidities much more than those without, Grannis says along with getting the vaccine, one of the ways to help protect yourself is by taking care of yourself.

But vaccines remain the No. 1 defense against COVID-19.

Sturbaum has been an advocate for those. He even wrote a letter to the editor that appeared in the local newspaper in August after recovering from his breakthrough infection.

“I have no idea how I got infected,” Sturbaum said. “I’ve masked up out here in the nether regions of Greene County. I don’t go out dancing every night. You know, avoiding crowds, wearing a mask inside. I just don’t know how I got it, but I tell everybody and bark at them.”

And he’s taking no chances going forward. He just got his booster shot.