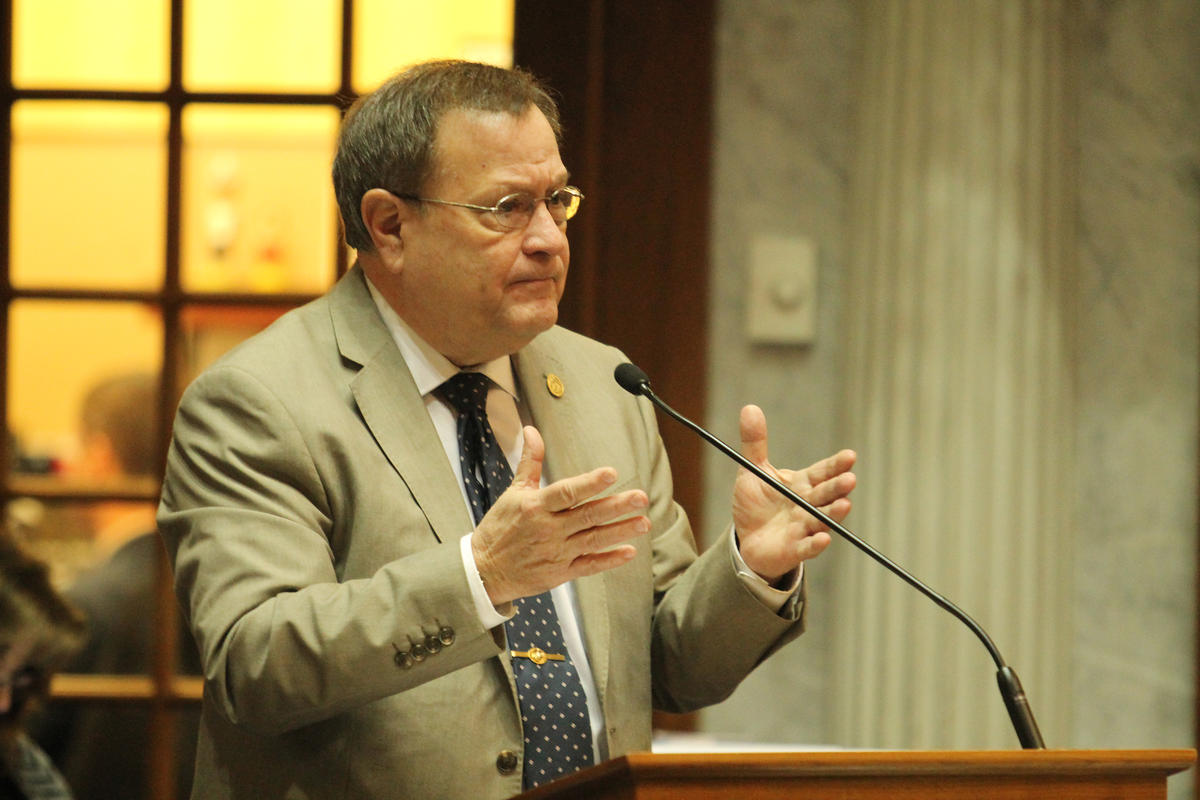 Sen. Mike Young (R-Indianapolis) claims his bill is not about the Marion County prosecutor's decision not to charge people for simple marijuana possession. (Lauren Chapman/IPB News)

Some Indiana Senate Republicans want the state to take over prosecution of crimes that a local prosecutor won’t charge.

Despite the bill author’s protests, the measure is widely viewed as a reaction to the Marion County prosecutor’s decision not to charge people for simple marijuana possession.

The legislation would allow the Indiana attorney general to investigate whether a local prosecutor is “noncompliant” – meaning they categorically won’t prosecute certain crimes. Sen. Mike Young (R-Indianapolis), the bill’s author, said if so, the attorney general gets a special prosecutor appointed who takes over those cases and charges the county for it.

“Prosecutors don’t get to make the call on these things," Young said. "It’s the people, through the elected representatives and senators.”

No one testified in support of the bill. But the Indiana Public Defender Council and the Indiana Prosecuting Attorneys Council joined in opposing it, something IPAC senior counsel Dave Powell noted is rare.

Powell called a prosecutor’s discretion to decide which cases to pursue their “holy grail.”

“You know, if the General Assembly wants us to prosecute everything, all the time, then give us the money and resources to do that,” Powell said.

A Senate committee approved the bill 5-3.

CORRECTION: A previous version misidentified Dave Powell as IPAC's executive director. That is incorrect. He is the group's senior counsel.