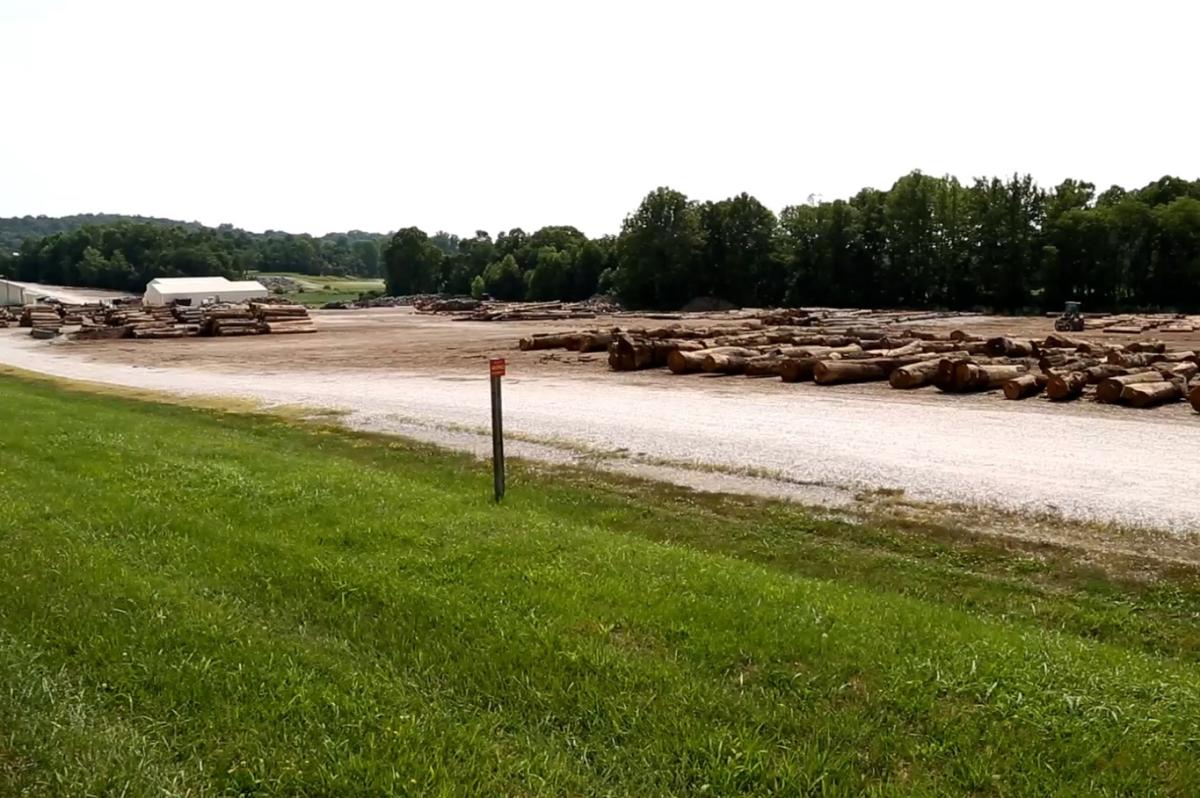 The U.S. Forest Service is evaluating several patches of land within the Hoosier National Forest, to determine whether some of the trees need to be replaced.

They say climate change is a major factor.

The forest management plan is broken down into different sections or areas of interest. Not every section of the forest would be a candidate for logging.

And it’s only a tool that can be applied to certain sections of the forest such as management area 2.8, along a remote stretch of the forest near Patoka Lake.

Almost a hundred years ago farmers abandoned this land after it was ravaged by a drought. To fend off erosion at the time officials reforested the area with non-native eastern white pine, which thrives on nutrient poor soil.

“You can see we have diseases attacking them, pine canker,” said Travis Swaim, who is a silviculturist in Hoosier National Forest.

“You can see we have diseases attacking them, pine canker, which forms those scars you see behind me,” he said.

That makes this area a prime candidate for logging, because the dying white pines are crowding out the native hardwoods.

“This is a small white oak, likely came from an acorn on the large white oak behind us. As you can see it is growing right under this non-native eastern white pine. The white pine is shading it out, and the oak species need a certain amount of sunlight to really survive,” said Swaim.

There is no lack of dying tree patches around the forest due to insect and disease issues.

“I think some of this is climate change related,” said Swaim. “We are seeing pathogenic fungi attacking our trees, root diseases, which is essentially root rot.”

25 cents per every hundred cubic feet of timber sales goes into the federal treasury, while the rest of the revenue is reinvested into the Hoosier National Forest to support reforestation and infrastructure at the harvest site.

Revenue generated from timber sales vary, depending on the types of trees and market conditions.

There are natural barriers to management work inside Hoosier National Forest, including miles of cave systems, like this area off the Springs Valley Trail.

“There's something like 350 species of lepidoptera, like moth and butterfly alone, prefer oak over other trees to have their cocoons, to feed on,” said Swaim.

But hardwood trees, like Shagbark Hickory, that would be burned are a favorite nesting place for bats.  Indiana is home to a dozen species of bats, two of which are federally protected, another one is on the state endangered species list.

“Indiana was in the heart of the largest temperate hardwood forest on the planet," said Jeff Stant, Executive Director of the Indiana Forestry Alliance.

“You're going to probably cut down a roost tree of one of these bats with a lot of females and pups in it, and when those trees hit the ground, typically the impact kills the pups and most of the mothers too," he said.

Stant has serious concerns about the management plan, beginning with the logging and burning. He worries it will leave too many oak trees, and not enough other species of trees.

“It's all of the species together that create the ecosystem, the community and when you just cut all those other species out, you're only leaving the food sources for just the invertebrates that feed on oak, hickory, and the animals that feed on those invertebrates,” he said.

Stant said the forest turns over on its own when dead trees fall and knock over older trees, creating openings in the canopy.

He worries removing too many trees will do more harm than good.

“The combination of removing the canopy forest canopy over that much area and tearing up the ground is the recipe for invasive plants like multi-flower rows right here.”

Swaim contends the forest service uses science-based methods like stocking tables, which recommends how many trees can exist within an acre, without being overcrowded.

“There's basically one of the stocking tables for all the different forest types across the country. And we have one specific to our central hardwoods, our upland central hardwoods here in Indiana,” said Swaim.

And Swaim adds the forest service wants to preserve and plant as many oak trees as possible because studies have shown those species can weather the changing climate.

If any logging or forest thinning takes place it won’t be until at least 2023. There will be some public meetings scheduled this fall, but the timing of those hearings could depend on when forestry officials get back from out west where they are helping to battle wildfires.