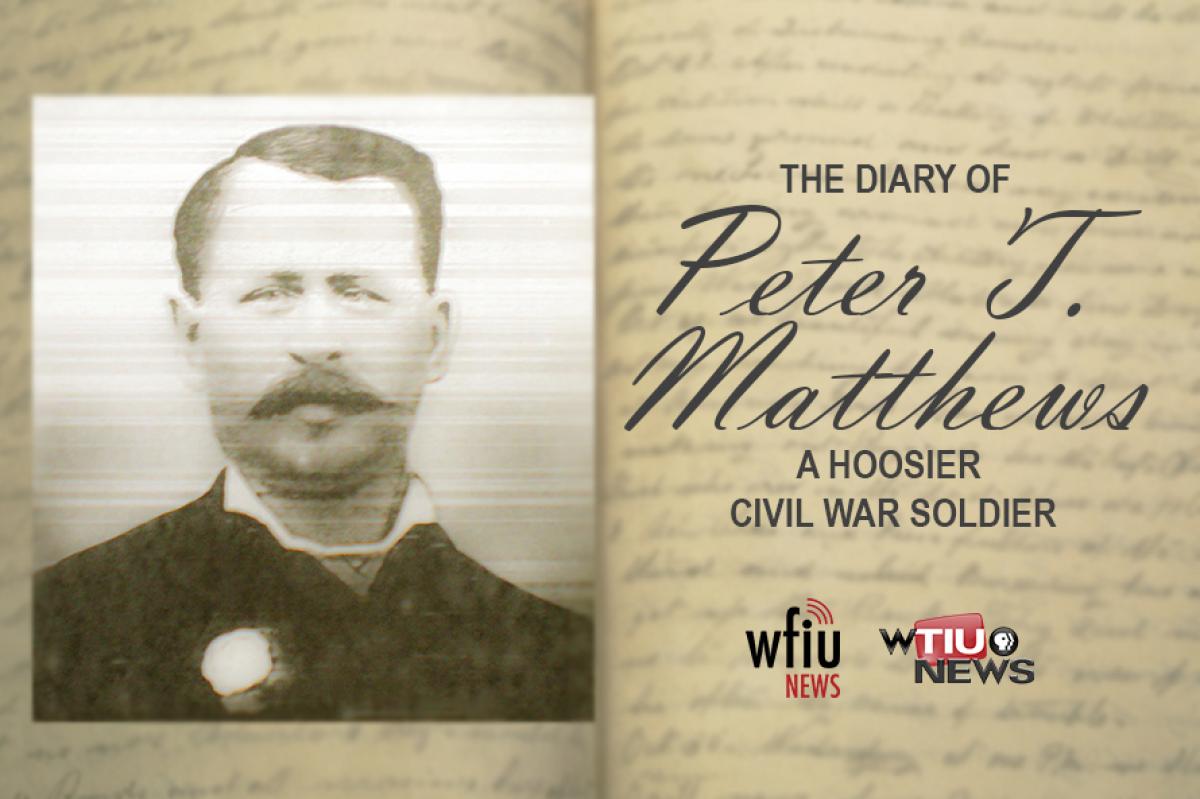 157 years ago, a Hoosier from Monroe County began a diary that he would keep almost daily as he fought for the Union in the Civil War.

Follow along as we publish entries in real-time on the day they were written.

Peter Thomas Matthews was the oldest of 12 children. He was born in Surrey, England and moved with his parents and siblings to the United States in 1849, when he was 8 years old.

His father, John Matthews, founded a successful quarry business in Ellettsville with his sons. Peter worked in the quarries both before and after the Civil War.

Peter was 20 years old when he enlisted in the army and served as a drummer in the 19th Indiana Regimental Band.

Matthews' diary was donated to the Monroe County History Center in early 2018.

Diary entries provided by the Monroe County History Center. Special thanks to Clay Stuckey for his extensive research on the Matthews family. 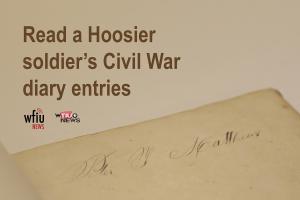 Civil War Diary: 'The Enemy Made A Reconnaissance In Force Of Luisville'

On this day in 1861, Peter Matthews of Monroe County, Indiana wrote in his diary as he served in the Union Army during the Civil War. 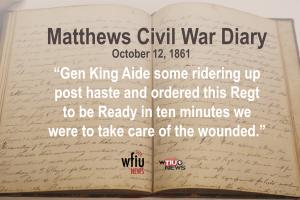 Civil War Diary: 'Orders Come To Remain In Camp, So The Arms Was Stocked Till Morning'

Hoosier Peter Thomas Matthews served as a drummer in the Union Army during the Civil War. On this day in 1861, he wrote in his diary about exercising and being ordered to take care of wounded.