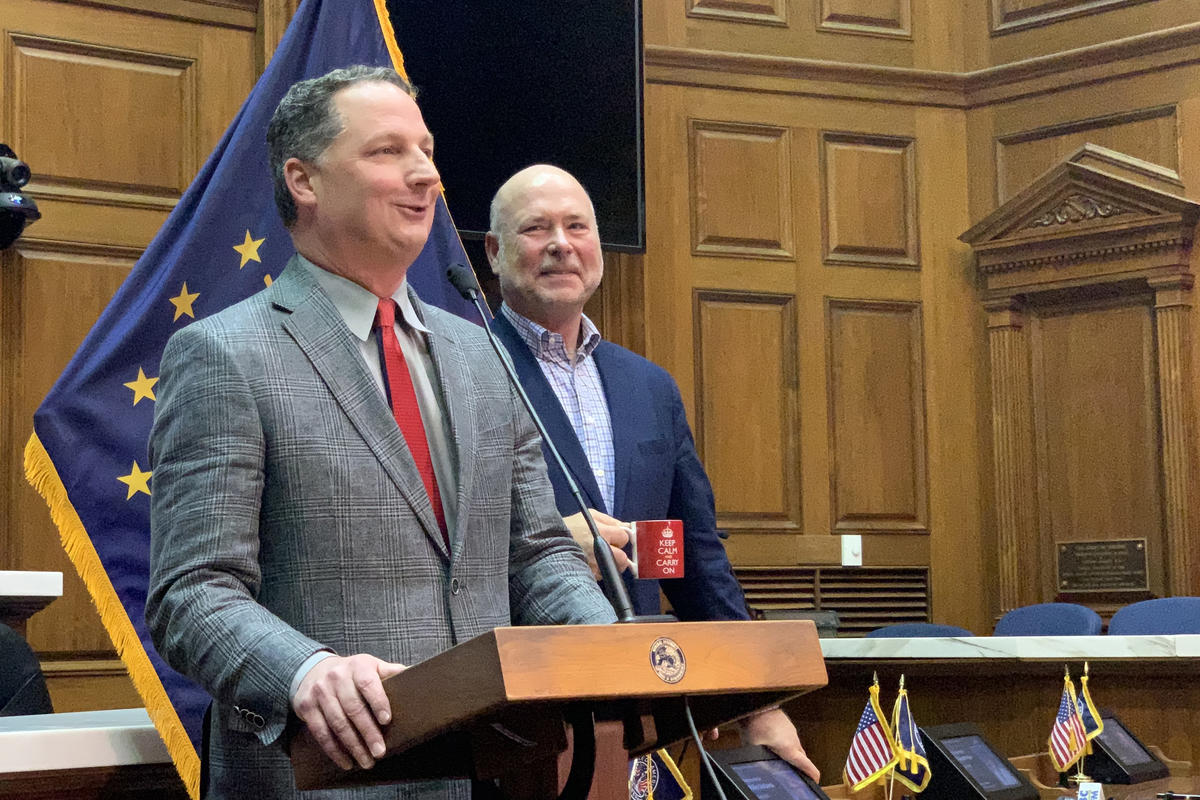 Rep. Todd Huston (R-Fishers) will be the next Speaker of the Indiana House.

Huston will serve alongside Bosma in the 2020 session as “speaker-elect,” learning on the job before Bosma retires near the end of session. Huston says he’s “grateful and thankful” to take on the job.

“The core fundamentals of running a House that runs functionally, that we deal with each other in a respectful manner – all those things, I think, from an outside perspective I hope look very, very largely the same,” Huston says.

Bosma says he’s confident the state is in good hands with Huston’s leadership.

“That important stability, I think, is really critical and I’m very confident that Rep. Huston is going to bring that same sense of stability,” Bosma says.

Both Bosma and Huston note the Fishers Republican will have his own leadership style in the role, one which Huston says he'll have to figure out on the job. Huston also notes he comes into the position with less legislative experience than Bosma did, which Huston says means he'll likely rely more on the House GOP leadership to make decisions.

Huston is a senior vice president at the College Board, which administers the SAT. He previously served as chief of staff to controversial State Superintendent Tony Bennett.

In a statement, House Minority Leader Phil GiaQuinta (D-Fort Wayne) says he looks forward to working with Huston to ensure "the House conducts a healthy and vigorous debate" on issues like health care, child care and public education.