There's Something Mysterious About Site 81 At Lake Monroe 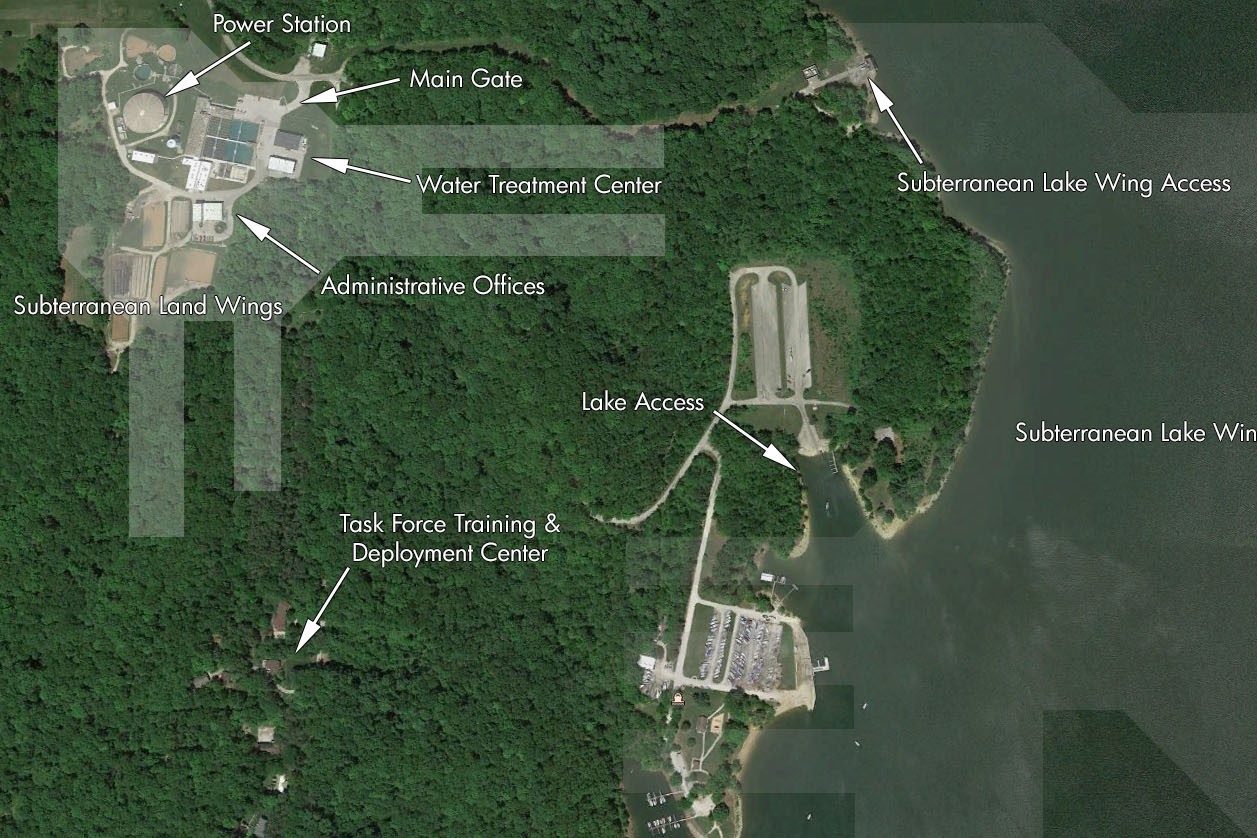 But if you dig down a bit, you can also find a link to something called ‘Site 81.’

She was planning a trip back to Columbus for a visit and looking for a place nearby to go kayaking with her mom.

So, she started doing a little research on Lake Monroe, which lies just southeast of Bloomington and about an hour from Columbus.

And that led her to ask City Limits, just what is Site 81? And is it really under Lake Monroe?

The link takes you to an extensive dossier about Site 81 under the banner of the SCP Foundation.

According to the report, Site 81 was created in 1946 as a super site to house and research anomalous activity in the Midwest. And Lake Monroe was built in 1964 by the Army Corps of Engineers as a cover story.

The Site 81 dossier has geo-location maps, images, video and numerous documents pertaining to the site. It list the founding director – Dr. Oliver J. Rights – and has a complete staff list, including a photo of site director Dr. Jean Karlyle Aktus.

It looks the part of a secret government research facility.

But that’s the point. And part of the fun.

Because Ben Sisson made the whole thing up.

“It was very easy, especially early on, to miss the kind of red flags about, well, this is fiction,” Sisson said. “People wouldn’t go to the front page where you would see things like ‘contest updates’ and ‘feature pages.’ They would just read down the list and be like, ‘Oh, my god, there’s stuff going on out there.’”

Sisson goes by DJKaktus – a take on the faux site director’s name - on the Wiki site. And he’s the author of the Site 81 file.

Sisson grew up in Plainfield and began attending Indiana University in Bloomington in 2012. That’s where he discovered the SCP Foundation community. The SCP stands for ‘Secure, Contain and Protect.’

Started in 2008, the site now has thousands of case files relating to extraterrestrials, spatial anomalies, strange artifacts and more. Sisson, the site’s highest rated author, likens it to a cross between the ‘Men in Black’ and the ‘X-Files.’

Sisson came up with the idea for locating Site 81 at Lake Monroe during his numerous trips between Bloomington and Bedford for work. He often took the causeway route across the lake.

So, the wastewater treatment plant at the lake became an obvious choice for the headquarters of a secret government agency. On the website, the real buildings were re-labeled and seven subterranean wings under the lake were envisioned.

“If you were trying to have a high security institution like that, and you're trying to keep it out of the public eye, the best way to do that would be to put it somewhere that people would never think to look,” Sisson said. “So a lot of sites are located under elementary schools or in abandoned buildings.

“It’s the kind of place you could walk by every day and not think about. I mean, who goes into a water treatment plan, except the people who work there? So, you’d never think about the people going in and out of it, even if they’re bringing in big trucks full of relics.”

And the history of the lake was the perfect cover story.

“It wasn’t always a lake; it’s a reservoir,” he pointed out. “So at some point it had to have been dug out. Why not just build a building over there first, and then flood it?”

Sisson now lives in Atlanta, but much of his writing is set in his home state of Indiana, which he says has been ignored in the world of science fiction. The Netflix series Stranger Things is set in Indiana, but in the fictious town of Hawkins.

Setting his stories in places around Bloomington and French Lick, where he would visit his grandparents, and his hometown of Plainfield adds realism to the fiction. And confusion.

“Somebody came into the chat one time on the site and said, ‘Hey, I know where this place is, I’m going to check it out,’” he said. “And I had to be very clear, like, ‘Hey, there’s nothing there, take my word for it. The people who live there are lovely, they probably wouldn’t like it if you just showed up.’”

Elizabeth Lynch can attest to that.

So, what’s really under Lake Monroe?

Much of the almost 11,000 acres the lake sits on were farmlands in what was known as the Salt Creek Valley.

But more than 300 homes, three schools, 10 churches, eight cemeteries and the county’s last three covered bridges were either relocated or razed. In all, nearly 3,500 people were displaced and the town of Elkinisville and much of the original Paynetown leveled by the building of the reservoir.

Construction on Lake Monroe began in 1960 and was completed in 1965 at a cost of 16.5 million dollars. It remains the primary water source for Bloomington.