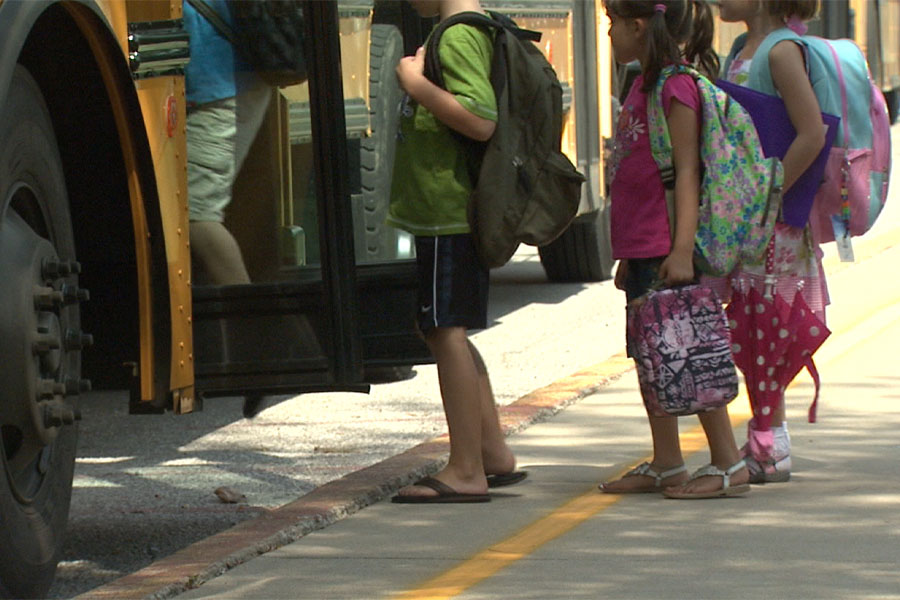 While COVID-19 numbers are declining, the socioeconomic effects of the pandemic continue.

One listener asked our City Limits Series how the pandemic has affected children in foster care and awaiting adoption.

Experts say it may not be until after more in-person activities resume that the true toll is understood, and more data is gathered.

The couple’s own children are grown, and they feel they have more to give.

After it became clear family reunification would not be possible for Aaron and Sophia’s family, they adopted the siblings in December.

"We decided when we signed up for fostering, we signed up to foster to adopt no matter what the circumstance may be," Bill says.

They say this year has come with unique challenges.

Michelle considers herself computer savvy, but transitioning to online services and schooling was a huge undertaking.

She says the kids have spent even more time in front of screens than other children this year, doing virtual calls for school, therapists, different caseworkers, and Aaron and Sophia’s birth parents.

The Titaras say they’ve been lucky to have the support of The Villages of Indiana, the non-profit family services agency they went through to become foster parents.

Sharon Pierce is the president and CEO of The Villages. She says trying to provide some moments of normalcy is crucial for children.

She says that because foster training has moved virtually, her organization has seen an increase in the number of people willing to become foster parents since 2019. But COVID-related interruptions caused a large backlog in doing background checks.

And there are other challenges.

“Keeping children connected with their biological families is much more difficult during the pandemic, but you just find those new ways to do it.”

She says The Villages tried to help facilitate visits outdoors when the weather was warmer.

Deputy Director for DCS field operations Sarah Sailors agrees that adjustments were difficult, especially at the beginning– and children in foster care or awaiting adoption are not the only ones who’ve been left vulnerable.

Sailors is especially concerned for families that are financially stressed, because the pandemic likely added to challenges they already faced.

“Parents are experiencing stress at a higher rate, which makes our coping skills diminish, " she says. "I worry a little bit about even the financial resources that parents have to meet the changing needs of kids who are home 24/7, because you think about right, having more snacks in the house having more food, using more electricity, you're using more water, all of your things that we don't necessarily think about start adding up. And, all these little things are over time are adding more and more pressure.”

Sailors says a main cause for the drop is children being more isolated than usual as they moved to online learning.

And, DCS can’t investigate what they don’t know about.

Sailors says individuals are often hesitant to make a report. But it’s every adult’s legal duty to call if they have reason to suspect there is child abuse or neglect taking place. The Indiana DCS hotline is 1-800-800-5556.

“What if we were playing offensively and watching for a family that dad just lost his job, I'm going to take some groceries to them. And we're supporters of that family rather than waiting until there's a situation to report them.”

Aaron went through 11 foster homes before being adopted by Bill and Michelle.

When a child is adopted, the atmosphere in the courtroom that day is celebratory.

That’s difficult to mimic over Zoom, though the Titaras say everyone did their best.

"We bought a bunch of balloons, put them behind our couch," Michelle says. "My youngest son was able to come over and set the zoom meeting where we can talk to the TV and have a big screen. So everybody was able he's able to kind of communicate that way…We really tried to make a big deal of it.”

The Titaras say their goal is to provide as much consistency for Aaron and Sophia as possible and not focus too much on the pandemic, given how much the children must deal with already.