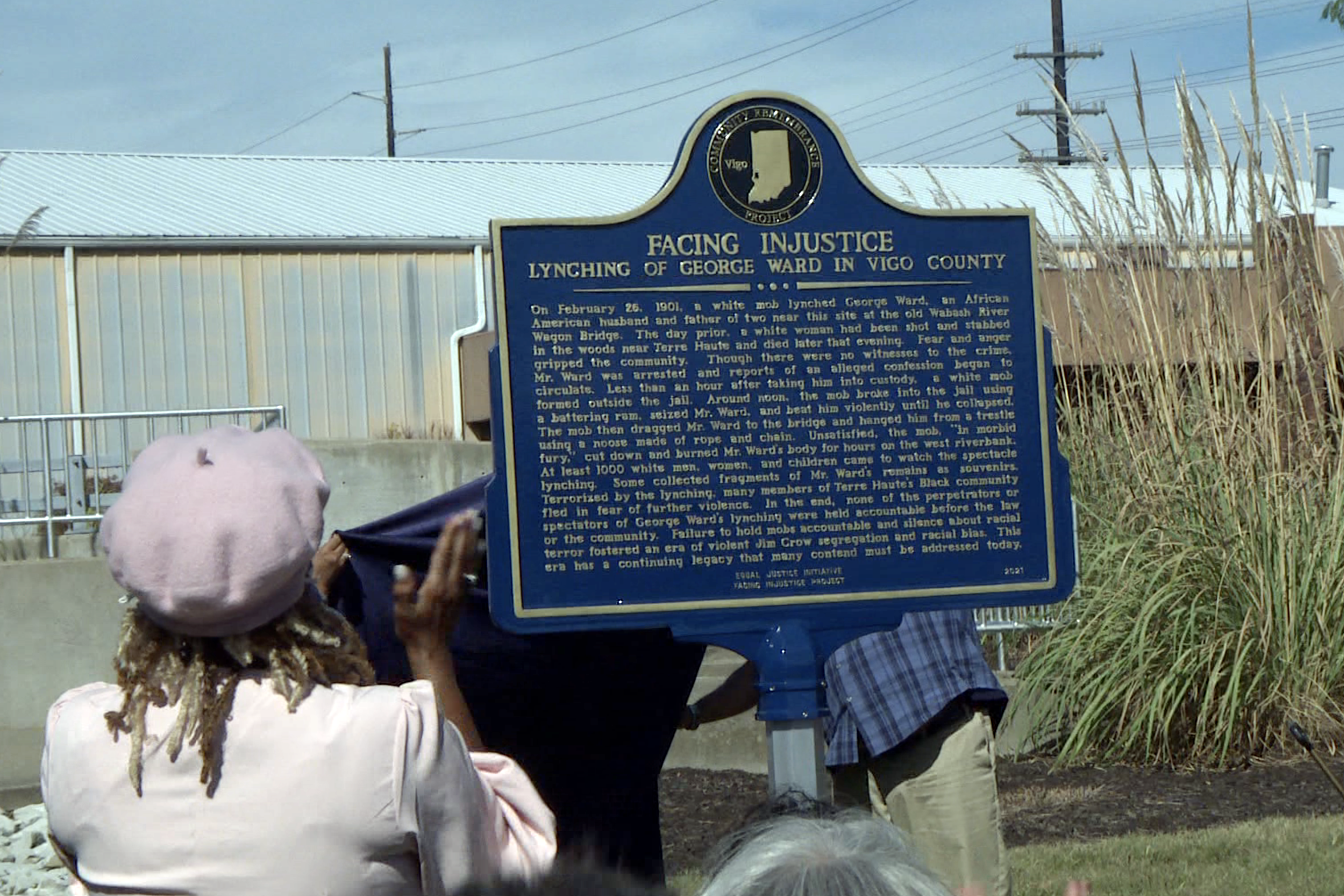 Those in attendance applaud as the George Ward historical marker is unveiled. (George Hale, WTIU/WFIU News)

More than 100 people gathered on the banks of the Wabash River Sunday dedicate a historical marker to Terre Haute and Vigo County's only known lynching.

In 1901, a Black man named George Ward was murdered off the Wabash for allegedly killing a white woman. The city and family did their best to forget the incident for the next century.

The Greater Terre Haute chapter of the NAACP partnered with the city and initiative to make Sunday’s dedication happen. President Sylvester Edwards said it’s his hope Hoosiers will read about the injustice that occurred 120 years ago and be inspired to stand up against injustice today.

“This is not going to be finished after the ceremony today. We will be still taking care of different issues throughout Terre Haute County, our state and our country,” he said.

The event had residents, state lawmakers and the victim’s family in attendance. Terry Ward, George Ward’s great-grandson, said he’d like to see other towns around the state will follow suit.

“You have pierced the dark cloud in this city with a red light of hope,” Ward said while speaking for the family. “Our desire is to open the eyes of the people today to the injustices of the past, so the future will never have to experience these atrocities again.”

Vigo County is one of 11 Indiana counties to have had a racial terror lynching. The Equal Justice Initiative lists 18 in the state’s history.

George Hale contributed to this story.