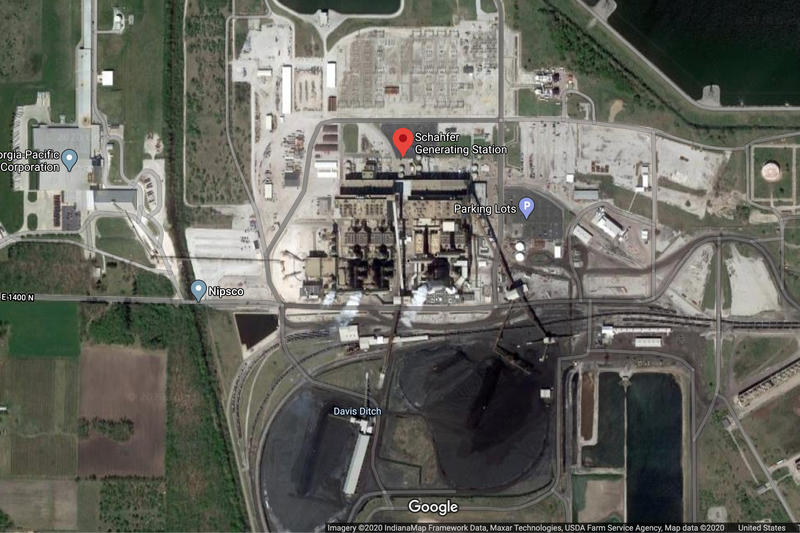 An aerial view of the R.M. Schahfer Generating Station in Jasper County which is set to close by 2023. (Screenshot Google Maps)

Indiana stands to lose more than a thousand jobs and at least $10 million in state and local tax revenue due to upcoming coal plant closures. That’s according to a new study compiled for the state’s 21st Century Energy Policy Development Task Force.

The Schahfer, Michigan City, Petersburg and Rockport coal plants will be fully or partially closed by 2028. That’ll likely mean less tax revenue for things like schools.

Tom Guevara directs Indiana University’s Public Policy Institute. He said, to counteract this, local leaders could try to raise taxes — but if they’re too high, that could deter new businesses from moving in.

“These communities are going to have to think more strategically about issues like that and try and figure out what the right balance is," Guevara said.

The report said several coal plant workers will likely find new jobs in their region, but perhaps not at the same pay rate.

The study also found that delaying some coal plant closures by five or 10 years could cause electricity prices to go up slightly. Earlier this year, legislators passed a bill that originally aimed to keep coal plants open until the state could complete an energy plan.

Doug Gotham is the director of the State Utility Forecasting Group at Purdue University — which contributed to the study.

“There seems to be a trend around the country of retiring coal plants. The utilities that are retiring them have found that that’s the most economic option for them," he said.

Gotham said whether a utility decides to retire a coal plant depends on a number of factors — like how expensive the plant is to maintain or what other energy sources it has. The biggest factor in energy prices, however, was the cost of natural gas.

The study said as more renewables are added in the state, it will be more important than ever for utilities to coordinate with regional transmission organizations to ensure reliable power.

The report didn’t look into how coal plant closures might affect residents’ health or the climate.