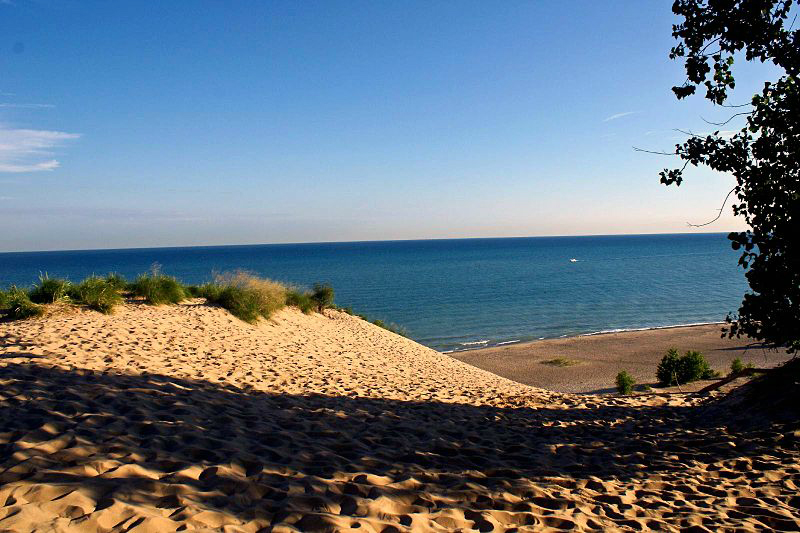 The Wieboldt-Rostone House and the Florida Tropical House were featured in the 1933 World’s Fair in nearby Chicago but were moved after the fair closed to lakeside property that’s now part of the Indiana Dunes National Park.

They’re owned by the National Park Service and leased to residents who are paying for the seawall work and to restore the historic buildings.

“They’re the heroes. They’re the ones putting the money into these houses,” said Todd Zeiger, director of Indiana Landmarks’ northern regional office in South Bend.

Now, crews are spending nearly month to make the homes’ seawalls taller due to record high water levels on the lake, The (Northwest Indiana) Times reported.

“We figure just a couple more feet is all they needed,” said Paul Labovitz, superintendent of the Indiana Dunes National Park.

That work is above the high-water mark and therefore not subject to approval by the U.S. Army Corps of Engineers or the Indiana Department of Natural Resources, he said.

Meanwhile, another home featured in the 1933 fair — the House of Tomorrow , which sits across the street from the two other houses — needs extensive renovation to be made livable, and still needs a tenant.

That home, designed by architect George Fred Keck, was among the first residential buildings to employ a glass curtain-wall structure. It’s widely regarded as one of the most innovative houses in modern architectural design.

Five homes featured in the Chicago World’s Fair were moved to Beverly Shores — all but one by barge. Zeiger said they are meaningful to the town and also draw tourists from around the country.

“Their importance is manifold,” Zeiger said. “They were used to promote the founding of Beverly Shores, which became a town soon after the homes were moved to their current locations.”