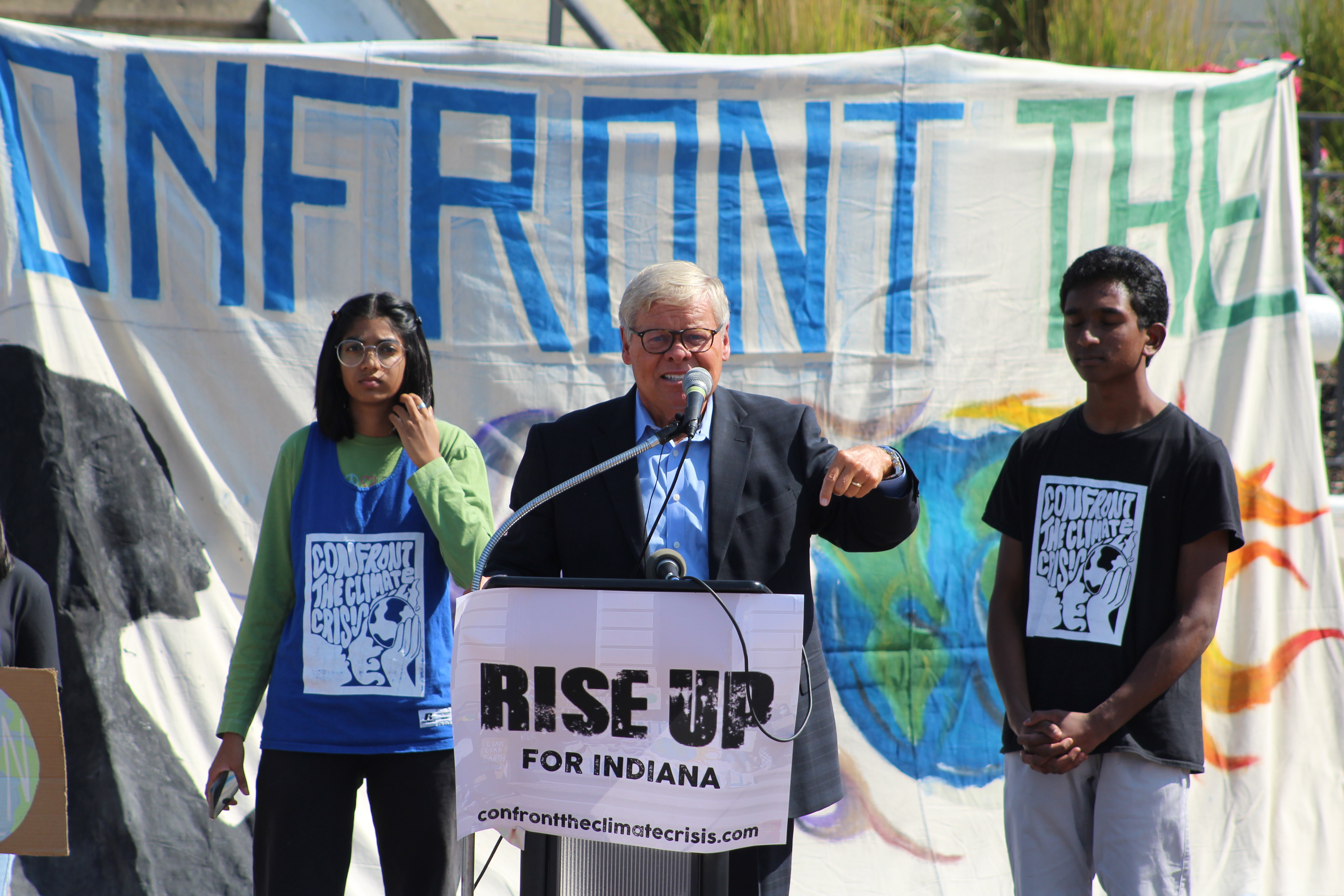 Confront the Climate Crisis, a group of students from across the state, held a press conference in West Lafayette on Friday with State Senator Ron Alting (R-Lafayette).

The event began with a march from the West Lafayette Jr./Sr. High school down to the Wabash River.

At the conference, legislative director Rahul Durai announced plans for Alting to introduce two pieces of legislation. The first piece of legislation would be a resolution acknowledging the problem of climate change. The second piece, a bill, would create a task force expected to build a climate action plan for Indiana.

“These two pieces of legislation that Senator Alting will introduce are the first step to climate justice in the state of Indiana,” Durai said. “They will acknowledge the problem and create a plan to confront it.”

Durai said he understands it will be difficult to pass climate legislation in Indiana.

“But we also know that victories for justice are achieved by grassroots movements that amass large amounts of people power,” he said. “That is how we pass monumental legislation to pursue climate justice.”

Aanchal Agarwal is a Carmel High School student who spoke at the event. She said she’s sympathetic with students who feel despair when they look at the realities of climate change.

“When I open my phone to wildfires and hurricanes, thousands of people displaced by climate disasters, or see the decreasing air quality index on my weather app, I too am filled with dread,” she said. “Hoosiers, we have the choice to provide a different path for Indiana.”

“Doing this type of work we hear often that people are inspired by us,” Agarwal said. “While I’m appreciative, that praise seems distant from what I’m shouting for. We don’t want praise. We want action. We want plans. We want effort.”

Alting told the crowd of roughly 200 that the group of students will find solutions to the climate crisis.

“You’ve got to throw politics out of this,” Alting said. “It can’t be Republican or Democrat, it has to be my God we want clean water and clean air. We want to leave this earth for our next generation. I think this is the generation that is going to come at it like that.”

The group says the legislation will be introduced as part of the 2022 legislative session.