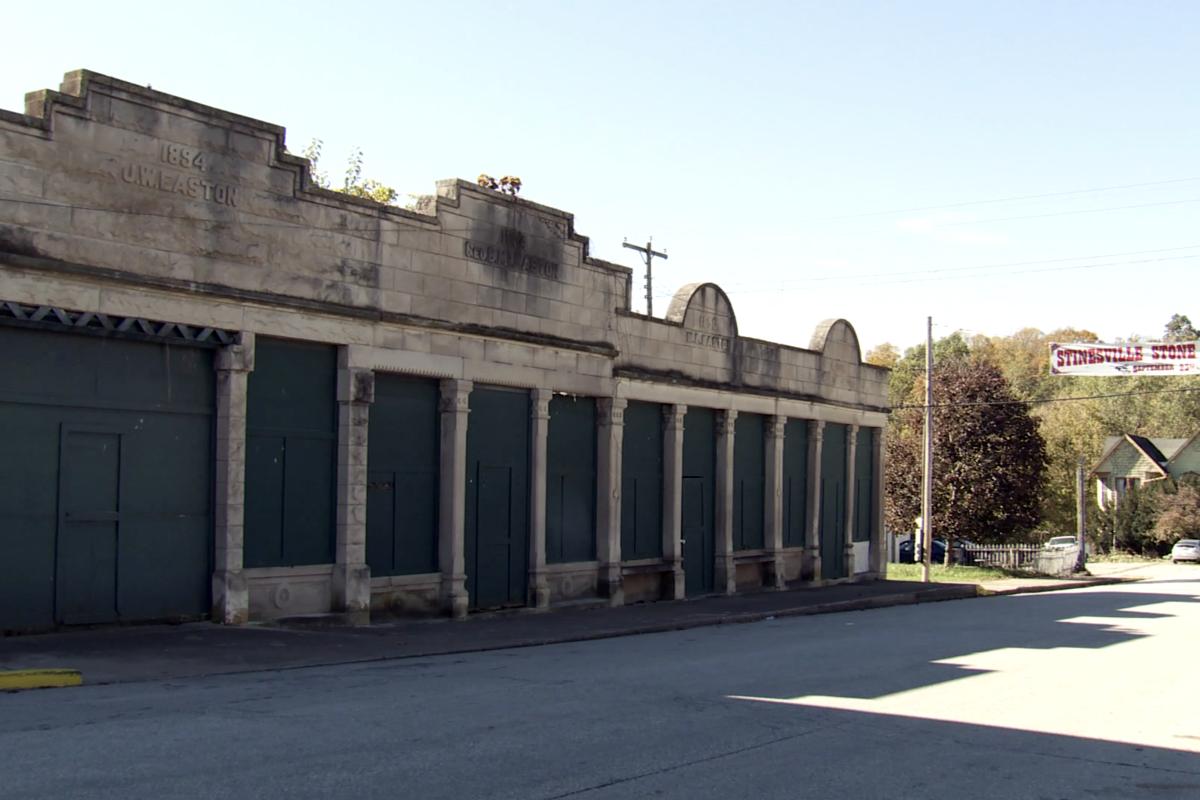 The tiny town that was once the center of Indiana’s limestone industry is offering the business deal of a lifetime – commercial real estate for the same price as a cup of coffee at the local general store.

In Stinesville, a block of four historic buildings is on the market for $1. Long ago, they acted as the hub of commerce for what was once a bustling quarry town.

Over a century later, the buildings have fallen into disrepair. And Kelsey McGlocklin is tired of seeing them this way.

After watching the buildings deteriorate for decades, she was all ears when Indiana Landmarks’ Mark Dollasse contacted the council and made his pitch: sell the buildings to the right person for one dollar – under the agreement they’ll refurbish the historic structures before bringing some sort of business or creative venture to town.

Stinesville has the honor of being the birthplace of Indiana’s limestone industry, thanks to the Monon Railroad’s expansion into the area in the 1850s.

Dan Combs, Perry Township trustee and area historian of sorts, says the railroad was the primary mode of transportation for Hoosiers traveling to the southern part of the state, and is the reason for many towns in Owen, Monroe and Lawrence counties along Indiana’s “limestone belt.”

Stinesville was platted in 1855, and by 1860, there were four limestone quarries surrounding town. Soon, it became a boomtown – about 1,000 people lived there at its peak.

Stinesville limestone has been used in edifices across the country, including Chicago’s Tribune Tower and the Soldiers and Sailors Monument in Indianapolis. But after the Hoadley Limestone Mill burned in 1916 and relocated in Bloomington, the population started to decline. Today, Stinesville’s population hovers around 200.

“Just to see pictures of what it was like when these buildings were in use, to see people gathered down here. I would love to see that again,” McGlocklin said.

In its partnership with Indiana Landmarks, the town is looking for someone with money to stabilize and restore the limestone structures, which are really just building shells at this point. One of the buildings is missing its back wall, none have floors, and quite a few plants have made their home inside. There’s a reason they’re going for a dollar.

Some locals would like to see the buildings serve a practical purpose – like a barber shop. Others dream of the return of the Quarry Diner. At this point, McGlocklin would take just about anything that will bring jobs.

Dollasse says there’s been a lot of interest in the buildings, but no official bids. The buildings’ historic designation limits what can be done with the actual structures, but also opens the door for tax credits and other funding. Stinesville is accepting proposals through November 15.