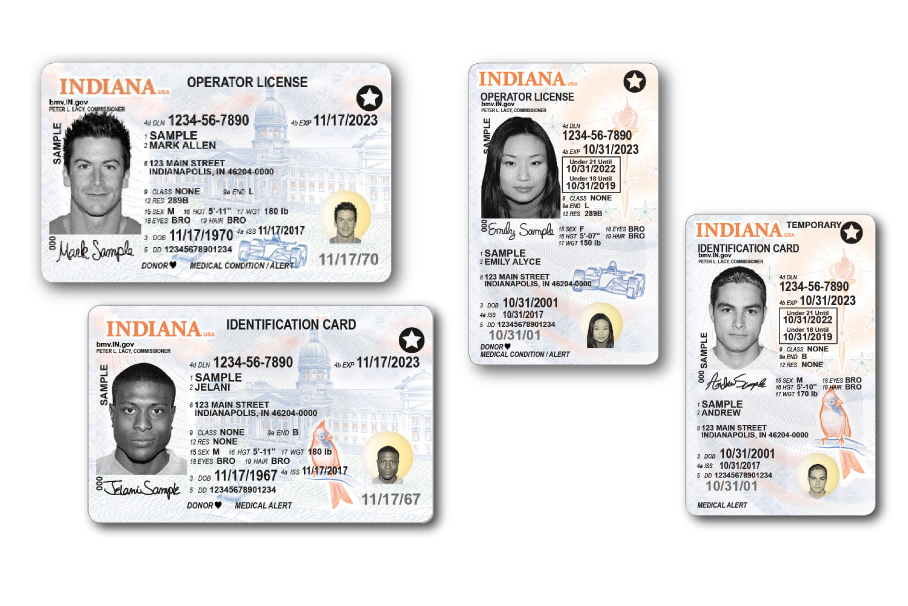 The changes will include a new laser-inscribed black and white photo ID and miniature portrait on the cards. (Courtesy Indiana BMV)

The Indiana Bureau of Motor Vehicles is updating the state’s Driver’s licenses and ID cards for the first time in more than a decade.

The changes will include a new, laser-inscribed black and white photo ID and miniature portrait on the cards. There will also be tactile and light-sensitive features that make them harder to duplicate.

Information about the cardholders will be listed in a way that’s easier to read.

Communications Director for the BMV Christine Meyer says they worked with law enforcement to find out what changes would be the most helpful.

“The old card had the red printing on it and we thought that would allow the driver’s license number to stand out. But we found that through working with law enforcement in order to get some ideas as we’re moving forward with this, we found out that red lettering was a little bit harder to see,” she says.

Meyer says the new cards will be available at every BMV by Mid-July, and expects all Hoosiers will carry an updated version by 2026.

The new cards are Real ID compliant, which will be required for air travel and admittance to some government buildings by October 2020.