State Of The City: Annexation, Raising Revenue Back On Table 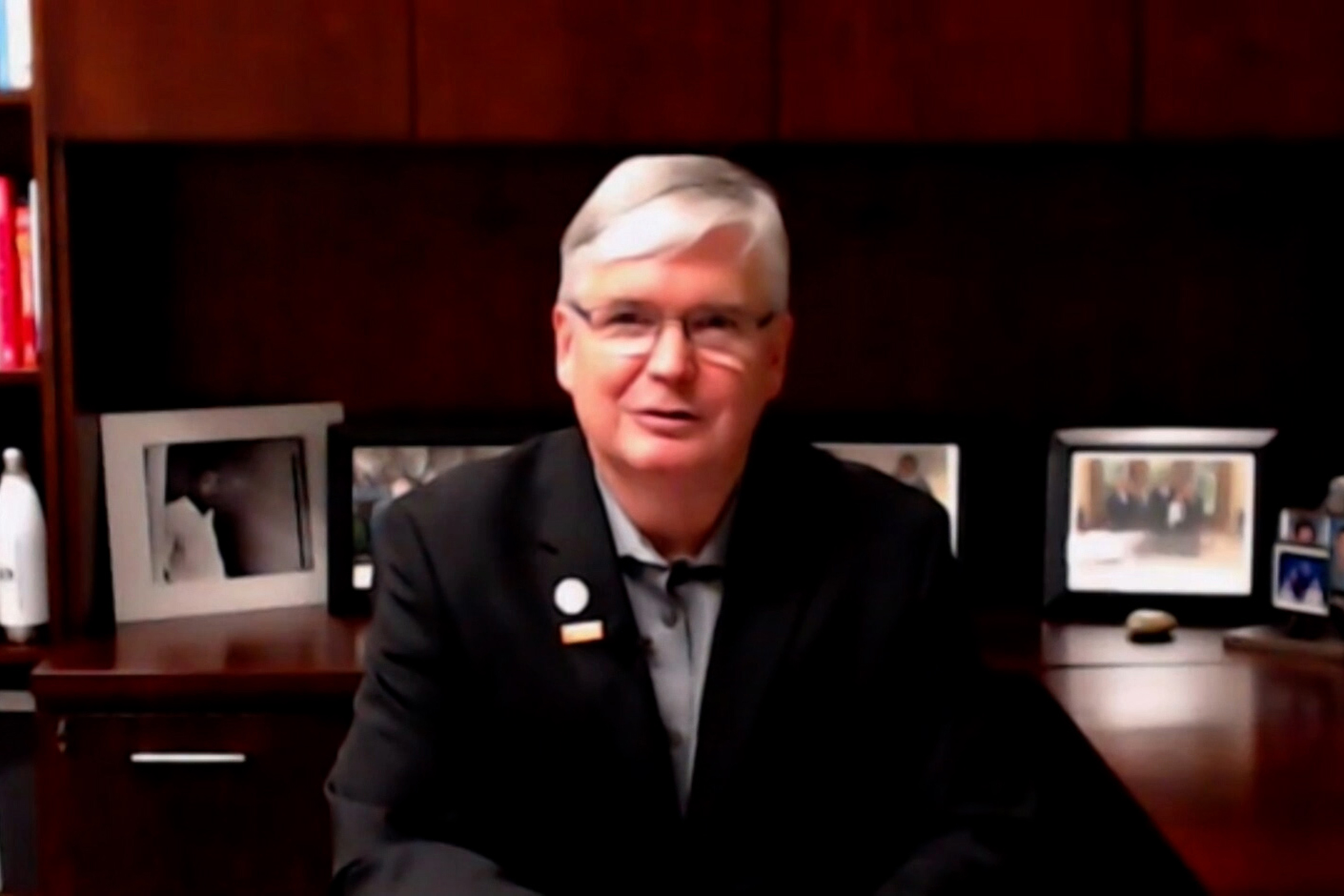 Annexation and a possible income tax increase are back on the table for Bloomington in 2021.

The theme was “Remember, Recover, Renew.” His speech divided into those three parts.

A year ago, the address was at the Buskirk-Chumley Theatre with a full crowd and no mention of the coronavirus. Hamilton said that was just one week away from the first recorded U.S. COVID-19 death.

Hamilton’s year in review included the city’s COVID response, a recession that at one point lost the Bloomington area 12,000 jobs, the Black Lives Matter protests, and securing 1,400 bedrooms of affordable housing over the past five years.

“If 2020 was a low-point, we make 2021 a turning point. Pivot out of the pandemic and recession into the future we want to live in,” he said. “What is the role of a progressive community like Bloomington in the heartland of American as we navigate the next ten years?”

Hamilton said inclusion and sustainability are the decade’s two major challenges or opportunities.

He calls for two structural issues the city has to face, annexation and raising revenue.

The city started annexation in 2017, but was halted by state legislators. The city sued and won in December. Hamilton said the city hasn’t annexed since 2004.

"A city who’s boundaries don’t grow with its population, becomes an unhealth mish-mash of services, planning, oversight, and political accountability."

Hamilton did not elaborate on a plan.

Hamilton also repeated a plan that didn’t pass last year – raising revenue through a local income tax increase. He said Bloomington has the lowest local property and income taxes of Indiana’s largest 30 cities, and lower than all 6 contiguous counties.

He said new revenues need to match the community’s goals and purpose.

"And we can hope and urge that Congress will quickly pass pandemic relief packages including support for local governments like ours."

Last year’s proposal failed by a 4 to 5 city council vote in September. Council members cited not being the right time to raise taxes on the public.