Shortage Of Workers Taking A Toll On The Restaurant Industry 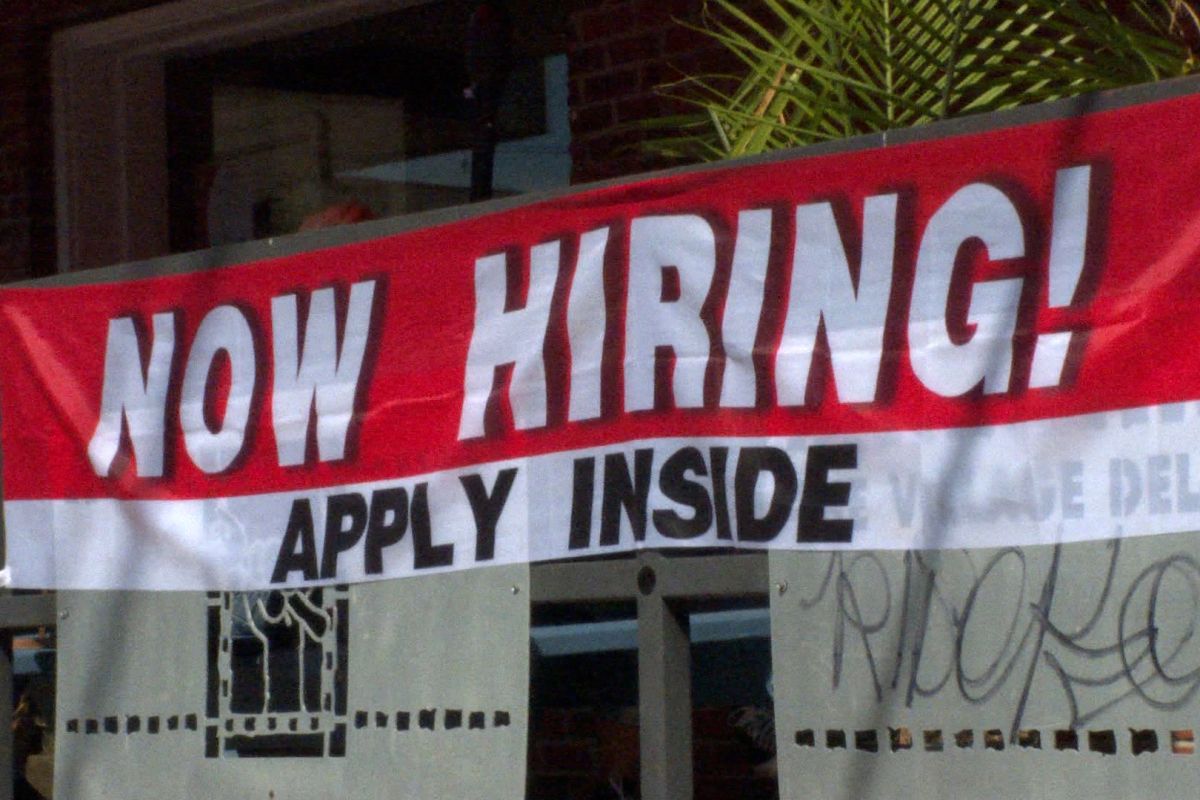 If you’ve gone out to eat lately, you can’t help but notice the toll the pandemic has taken on the restaurant scene.

Help wanted signs, limited hours of operation and closures point to a dearth of workers in the food service industry.

Due to the current labor shortage and damage from the summer flood, he temporarily closed the Village Deli, a Bloomington staple on Kirkwood.

“By the end of July, I decided I was going to take a rest, because trying to operate the Village Deli and having about 25 percent of the staff required to run it got to a point where we were physically and mentally exhausted,” Costello said.

Costello re-opened the Village Deli earlier this month, but in a limited fashion. It offers carry-out only on Fridays and has limited dining on Saturdays and Sundays.

And while all three Soma’s remain open, the Laughing Planet became a casualty.

“I decided between having five restaurants I could not spread myself that thin with the labor shortage that we had,” Costello said. “I just couldn’t sustain it.

The labor shortage problems became a national issue during the pandemic, when restaurants and bars were forced to close due to various state mandates.

When they began to reopen, many former employees did not come back, leading to the problems seen today.

Dr. Sekou Siby is the president and CEO of Restaurant Opportunities Center United, a non-profit based in New York whose mission is to improve wages and working conditions.

He said one of the issues is front of the house restaurant workers had to police customers who refused to comply with mask mandates.

“It has been very difficult for workers who wanted to go to work but are exposing their families, because customers did not want to think about their own safety or the safety of workers,” Siby said.

But the biggest issue is low wages and lack of benefits such as insurance and paid sick days.

The federal minimum wage has been $7.25 an hour since 2009, and while some states have raised it, Indiana’s minimum wage remains the same as the fed. For servers, the minimum wage is $2.13 an hour plus tips.

“What I’d love for people to know is that we have increased wages,” Costello said. “We pay servers $5.25 an hour plus tips. If they work for us a year, it’s 7.25 minimum wage plus tips. We pay our support $9 an hour plus tips. Our kitchen is getting paid anywhere between $13 and $18, plus tips as well. So, we’ve improved our wages to attract the best people.”

Increasing wages is something many restaurants – both dine-in and fast food – are doing to try to entice workers. But Siby says that only hurts smaller, independent restaurants.

“The government can get involved and create a policy, which means  increasing wages and working conditions, creating a policy to say you will be paid $16 or $15,” he said. “It will level the playing field, because what happens is larger corporations have the means to increase the wages and smaller restaurants struggle.”

Patrick Tamm is the president of the Indiana Restaurant and Lodging Association. He argues against higher wages simply being the answer.

He said the minimum wage is a thing of the past, and that there’s much more competition for laborers around the state. According to a survey from the National Restaurant Association, 72% of owners said recruitment and retention of workforce was their top challenge.

Some of the labor shortage, he notes, is due to the increased number of women in the industry, be they owners, managers or other staff who have had to become care givers or educators with schools closed during the pandemic.

Tamm says the industry lost 215,000 employees overnight when restaurants were forced to close early in the pandemic, but he says restaurants in Indiana have bounced back strong. And while some have shortened hours or days of operation, they are making up lost revenue through robust carry-out service.

“We would greatly encourage Hoosiers to support Indiana restaurants in whatever manner they are most comfortable,” Tamm said. “Go support the restaurant you have enjoyed so much of your life’s milestones, particularly in those downtown areas where you live.”

Restaurants are not only facing a shortage of labor, but the supply chain has been disrupted for more than a year-and-a-half due to the pandemic.

And that can have an effect on the menu.

That just adds to the problems restaurants are facing, and why those in the industry are asking customers to show a little bit of civility and patience.

“I think it’s important for people to know that the community needs people to work in order to continue to have the diversity of choice when it comes to dining out,” Costello said.

And diversity of choice is something the Bloomington restaurant scene is known for.