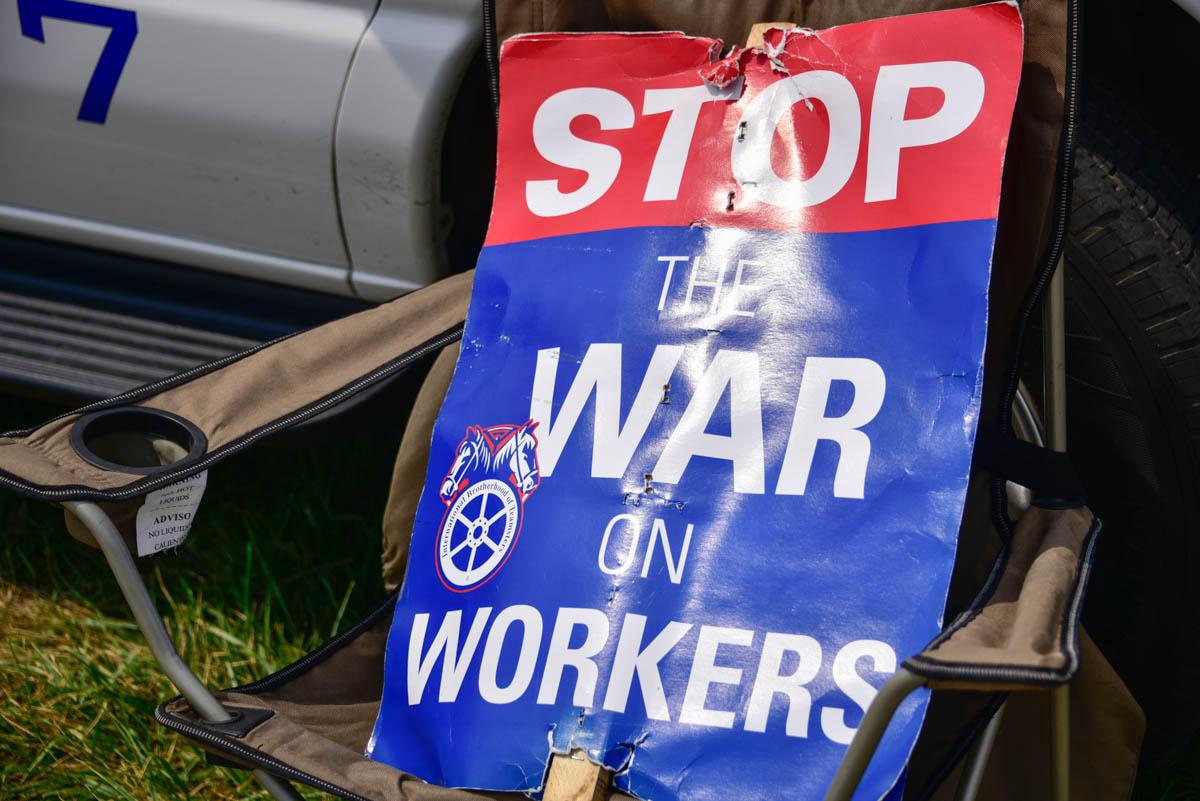 A pro-union sign at a strike in northern Indiana. (Justin Hicks/IPB News)

Several local governments in Indiana have passed resolutions to formally show support for the Protecting the Right to Organize Act. It’s a pro-union bill in Congress that passed the House on mostly party lines, and awaits Senate action.

City councils including Indianapolis, Bloomington, and Evansville have all passed resolutions supporting the PRO Act. The federal legislation would combat so-called “right to work” laws like those in Indiana. It would also increase penalties for labor law violations and remove restrictions on who unions can and can’t boycott.

Brett Voorhies, president of the Indiana AFL-CIO, said he hopes it sends a message to U.S. Sen. Mike Braun (R-Ind.) and Todd Young (R-Ind.). But, he said it could be a long shot to get the Hoosier senators on board.

"We’re putting pressure on them," he said. "We’ll make a big issue about it. They don’t care for working people, they don’t like unions, point blank."

Pro-business organizations are against the act, claiming it would disrupt the economy and hurt worker’s rights to not join unions.