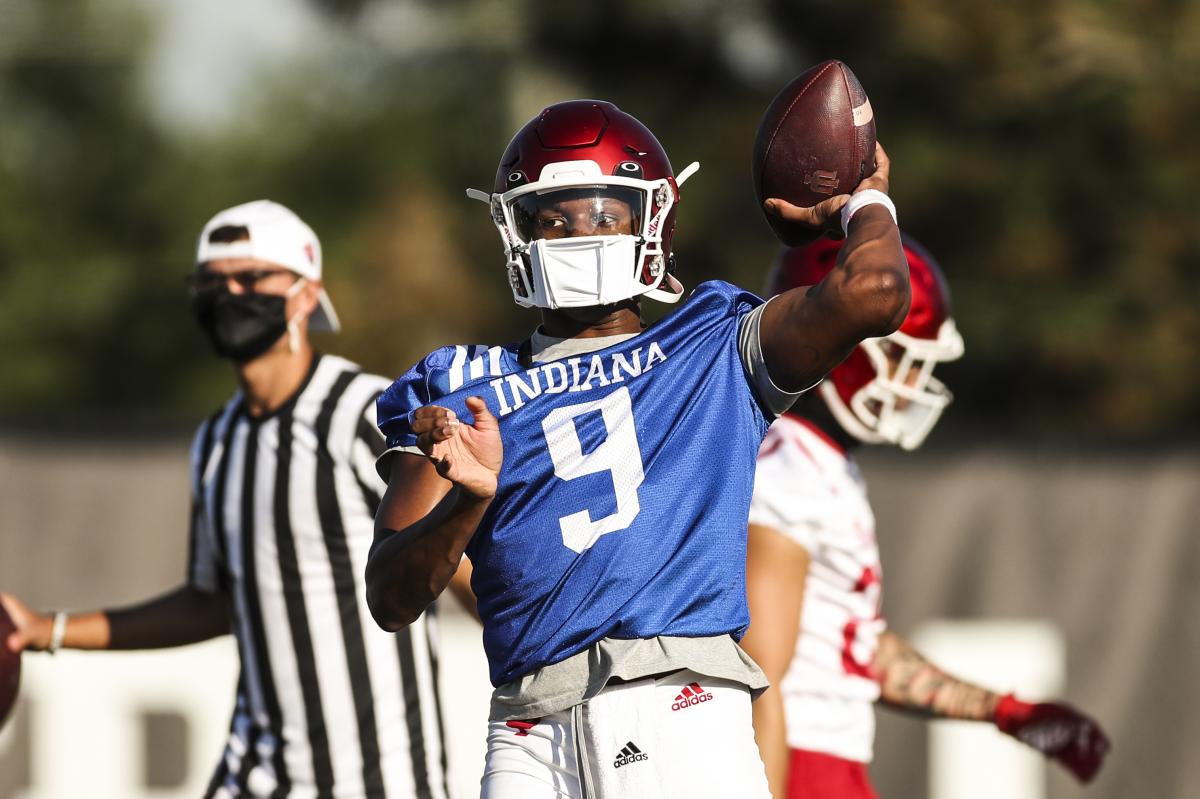 Indiana quarterback Michael Penix is listed as week-to-week after separating the AC joint in his throwing shoulder during Saturday’s 24-0 loss to No. 4 Penn State.

Indiana head coach Tom Allen said Monday that Penix will not need surgery on his left shoulder, and that he has already begun the rehabilitation process.

However, Allen did not rule out surgery in the future.

“I think that they're just being very transparent,” Allen said. “There's some unknowns with the rehab process, definitely right now, it’s not felt to be necessary, but that’s with the expectation that the rehab will be effective.”

With Penix sidelined, the Hoosiers will again turn to Jack Tuttle.

Tuttle replaced the Penix in the third quarter Saturday night after Penix was sacked and landed on his shoulder. Tuttle completed 6 of 12 passes for 77 yards and was intercepted in the game.

“Very confident in Jack,” Allen said. “As I think I've mentioned here, even in preseason, that I feel like we have two proven starters on this team. And even as you saw him come in the game on Saturday, just very decisive in his decision making in both the throw and the run, and just his maturity over time and the experience he got last year.”

Tuttle replaced Penix late last season when Penix suffered a season-ending knee injury against Maryland. Tuttle led the Hoosiers to a win at Wisconsin and started the bowl loss to Ole Miss.

“A unique quality he has is to be able to stay focused and locked in and always be ready, even though he knows he may play one snap, no snaps or 80 snaps when he steps in the backup role each and every week,” Allen said.

Fortunately for the Hoosiers, they have a bye this week to get Tuttle plenty of reps with the first team offense in practice. Indiana plays next on Oct. 16 when it hosts No. 17 Michigan State.

The loss dropped the Hoosiers 2-3 overall and 0-2 in the Big Ten. It was the first time the Hoosiers have been shut out since 2000.

Besides the loss to Penn State, IU has lost to No. 3 Iowa and No. 5 Cincinnati.

Allen said the lack of offensive production has been concerning.

“There's no question the performance was not acceptable, not to our standard, not good enough,” Allen said. “We have to get that get it fixed. And so, definitely, it's going to be a little bit everything — it’s execution, it was play calling, it was schematic things that we got to be better at.

“The focus for me would be the run game, No. 1. And then quarterback play, No. 2, and then Red Zone, No. 3. Those would be the areas that I would really want to focus on to be able to allow us to evaluate why we're not being effective in those areas.”

The running game also took a hit after the game. Allen announced Monday that running back Tim Baldwin had left the program and entered the NCAA’s transfer protocol.

Baldwin had appeared in all five games this season and was second on the team in carries (28) and rushing yards (103).