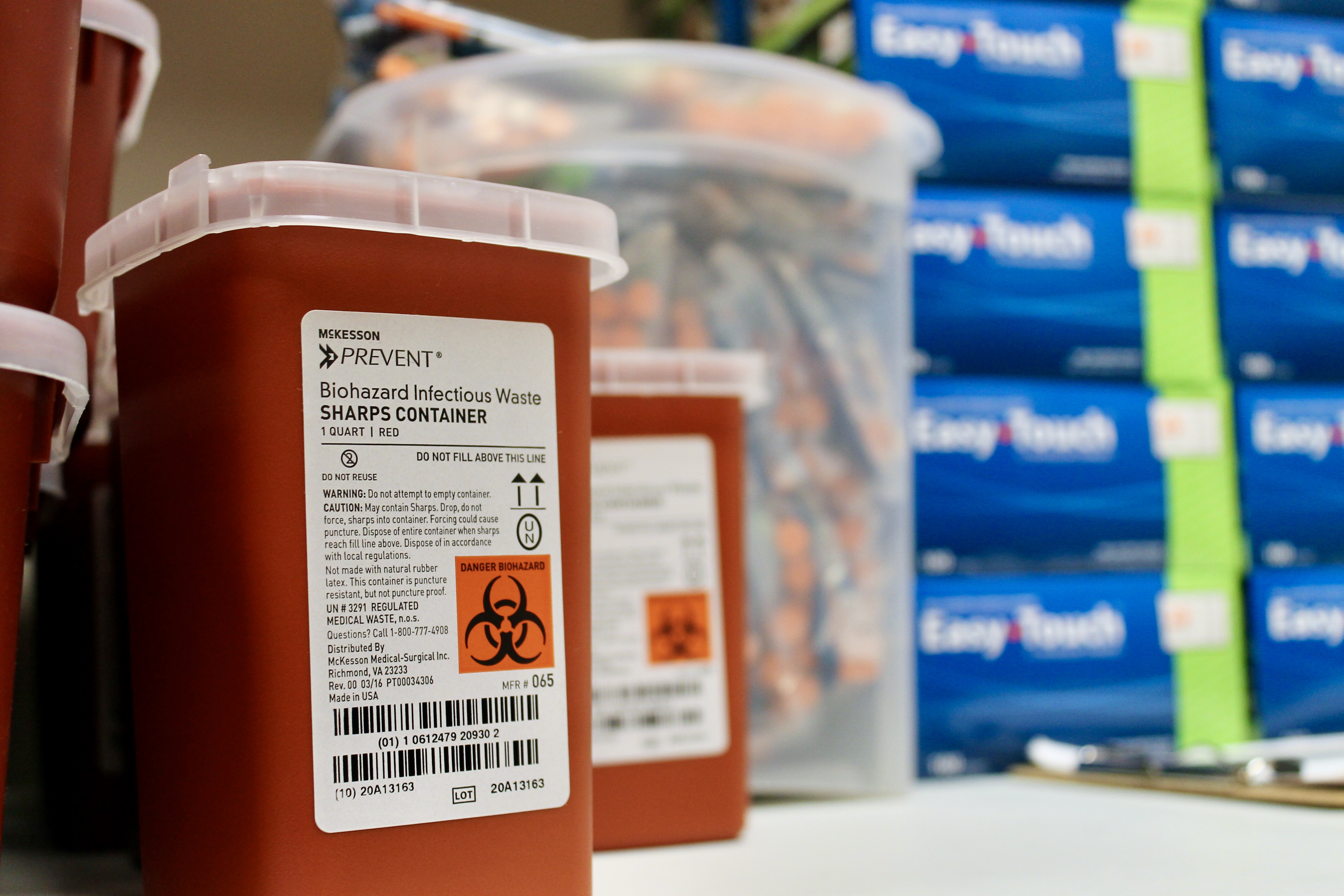 The program has been credited with slowing the severe HIV outbreak that rocked the rural county in 2015, and is now seen as the national benchmark for how similar programs should operate.

But Scott County’s commissioners voted to end the program during their meeting Wednesday night. They said the exchange was leading to more overdoses, and they couldn’t live with a program that makes it easier to use drugs.

“I know people that are alcoholics, and I don't buy ’em a bottle of whiskey,” said commissioners president Mike Jones. “So, I have a hard time handing a needle to somebody that I know they're going to hurt theirself with.”

Jones and Randy Julian were the two commissioners who voted to end the program. John Lizenby voted to keep it.

Healthcare and recovery workers are concerned about the effects ending the needle exchange could have.

It’s become a cornerstone of the county’s recovery system, and workers there are worried they could soon lose contact with many drug users – a population of people unlikely to seek out recovery or healthcare services on their own.

“[The needle exchange] put me around people that addressed and witnessed what I was going through, kind of directing me to recovery,” Rick Williams said at the meeting. “It’s a good public service; it helped me.”

Jones said he didn’t want to take the program away without providing something else. He suggested creating 24-hour drop-in center drug users could visit at any time that would provide similar services to the needle exchange, minus the needles.

Advocates jumped at the offer, but county health administrator Michelle Matern said creating the center will be a heavy lift in such a short timeframe – funding for a 24-hour location with all the necessary services will be hard to come by, and without a needle exchange, it probably won’t be as effective.

The commissioners said they’d be open to extending the January 1 deadline for the exchange if the new center isn’t ready by then, and reminded those at the meeting that they could reinstate the needle exchange at a later date if HIV cases spike again.

But Matern says by then, it’d probably be too late.

“We hope we're wrong. But it's very, very likely – experts from all over the world tell us this is probably going to be another outbreak without a syringe service program,” Matern said.