Rush Hails Progress, Calls For More In 2020 State Of The Judiciary 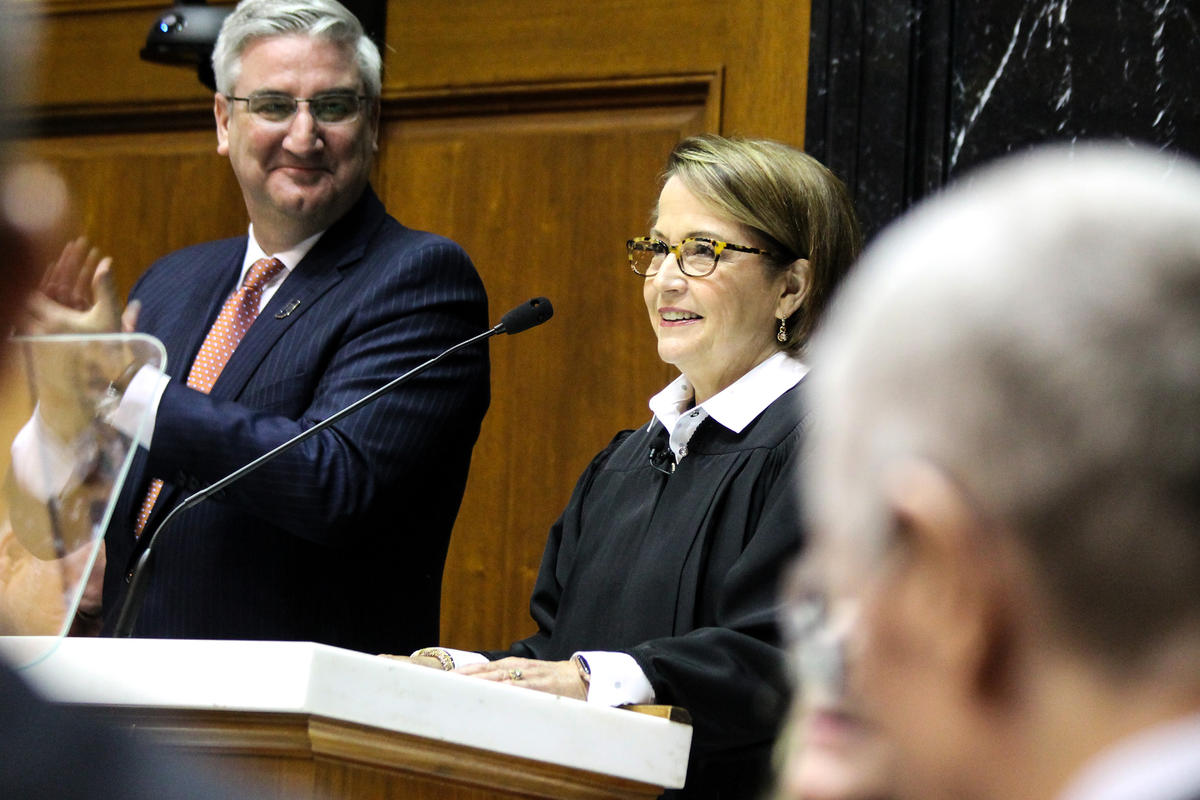 Indiana Chief Justice Loretta Rush issued a call to arms for everyone involved in the state’s justice system in her annual State of the Judiciary Address Wednesday.

Rush hailed much of the work that’s already been done in Indiana – from problem-solving courts to improved court technology to pretrial and criminal justice reform. But she also urged the state to push further in those efforts.

“Some people need to be incarcerated. More people just need help," Rush says. "A strong justice system must do both.”

Rush says one glaring area of need is legal aid. Too many people, she says, go unrepresented in court.

“I recently spent a morning in small claims court. This morning’s docket – and this was just the morning docket – had 275 eviction cases," Rush says. "None of the defendant tenants had representation. Not one. They all faced the judge and opposing lawyer alone.”