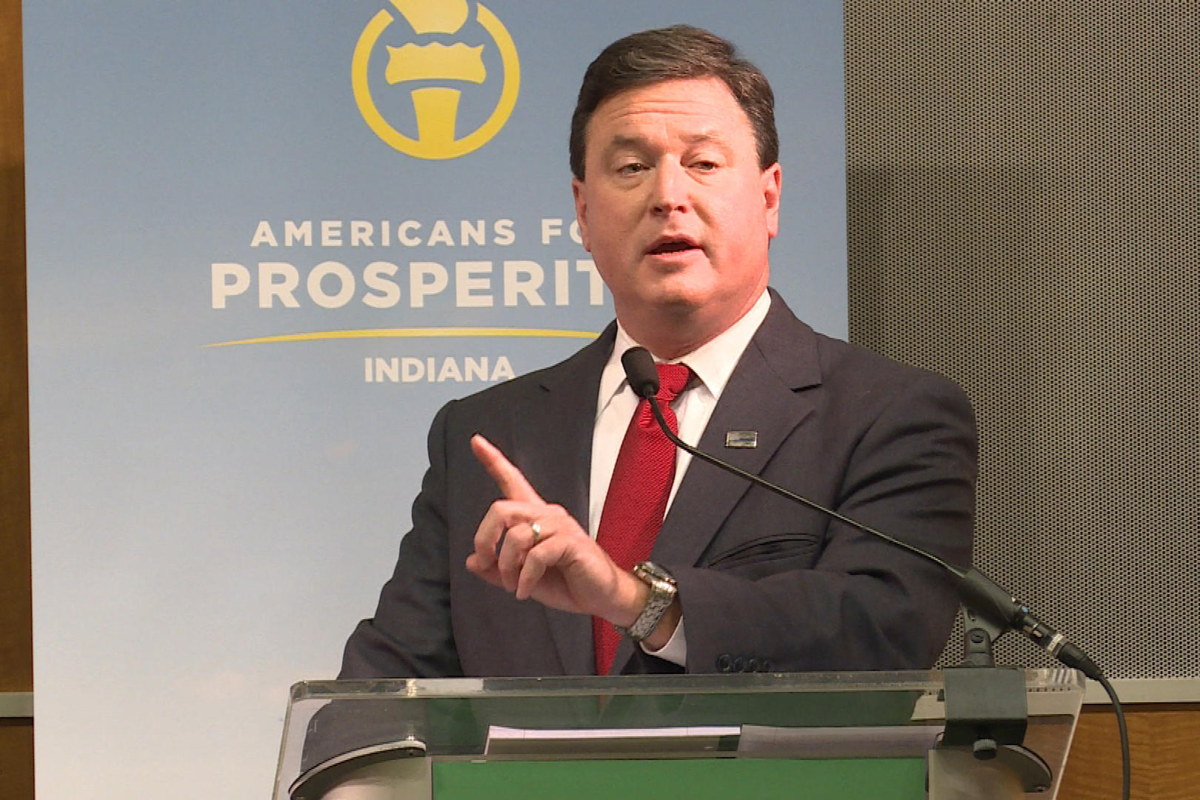 Todd Rokita served two terms as Secretary of State and four in Congress before an unsuccessful bid for U.S. Senate. (WFIU/WTIU)

Hill faced three Republican challengers amid a suspension of his law license by the Indiana Supreme Court. Rokita, the last to enter the race, emerged the victor over Hill by a 52 to 48 percent margin in the final round of balloting.

Rokita served two terms as Secretary of State and four in Congress before an unsuccessful bid for U.S. Senate. He was the most direct of the GOP candidates in attacking Hill, who he called “wounded,” and said the embattled incumbent put the office at risk.

In a statement after the announcement, Rokita said he looked "forward to earning the trust and support of voters once again."

"As our next attorney general I will help ensure that we always protect Hoosiers with pre-existing healthcare conditions, that we operate the AG’s office efficiently and protect taxpayer dollars, that we uphold the rule of law to protect our communities from crime, that we support a growing economy, and we safeguard our Constitutional freedoms along with common sense, conservative values," he said in a statement.

U.S. Sen. Todd Young (R-Ind.) said in a statement Rokita's experience as secretary of state and U.S. representative would serve him as attorney general.

"Todd [Rokita] is a tireless defender of Indiana taxpayers and voters, having fought for the nation’s first photo voter ID law all the way to the Supreme Court, where he won," Young said in a statement.

Rokita will face off in November against Democrat Jonathan Weinzapfel, the former mayor of Evansville, who congratulated him on the nomination in a statement.

"Hoosier voters will have a clear choice in this election. Our governing philosophies, priorities and values couldn’t be more different. This will be a spirited campaign and I’m looking forward to it," Weinzapfel said in a statement.

In response to the Rokita's nomination, Indiana Democrats called the attorney general's race "top pick up opportunity for Hoosier Democrats."

"Hoosiers can’t trust Todd Rokita. As secretary of state, he doled out lucrative state contracts to campaign contributors and made a career in Congress working to rip health care away from hundreds of thousands of Hoosiers. He doubled down last month, saying he’d keep Indiana in a dangerous lawsuit that puts 564,000 Hoosiers’ care in jeopardy," said Indiana Democratic Party Chairman John Zody in a statement.

Democrats haven’t won an election for Indiana attorney general since 1996.