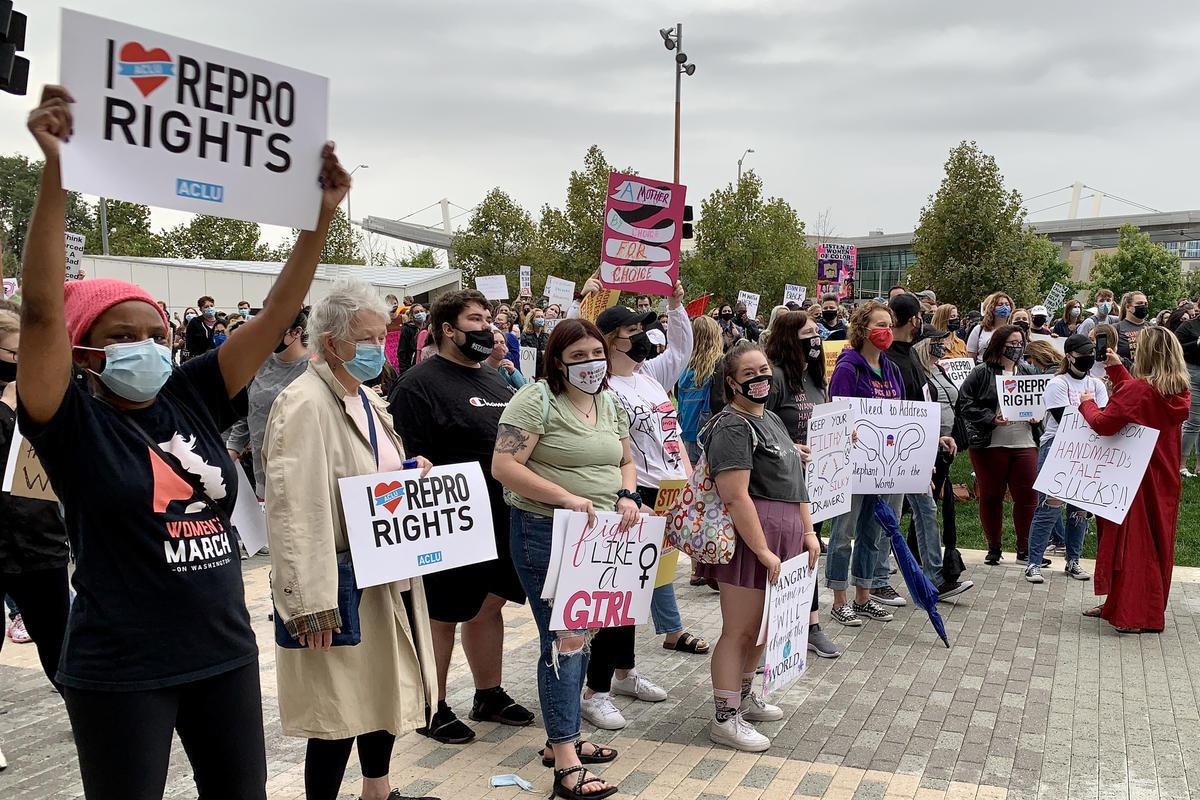 Hundreds rallied in pouring rain in downtown Indianapolis as part of a nationwide call to action for reproductive rights. (Brandon Smith/IPB News)

"My body, my choice" was the cry of many Saturday as hundreds rallied in downtown Indianapolis for reproductive rights.

The event was part of a nationwide call to action in the wake of the controversial Texas anti-abortion law.

Pouring rain didn’t seem to dampen the energy, anger or fear that many speakers at the rally expressed. People like Dr. Katie McHugh, who provides abortions in Indiana, described the moment as "terrifying" and said the "horror story" of Texas is coming to the Hoosier State.

“Now is the time for us to be loud and clear," McHugh said. "Say it with me: abortion is health care.”

And speakers like Indiana activist Dana Black were frustrated that the fight for abortion rights is still going on nearly 50 years after the landmark Supreme Court decision in Roe v. Wade.

“I’m sick and tired of crusty old men who can’t navigate their way around a woman’s body writing legislation to govern them,” Black said.

Some Indiana lawmakers have already pledged to bring a Texas-style law – which effectively bans abortions after six weeks – to Indiana next year.