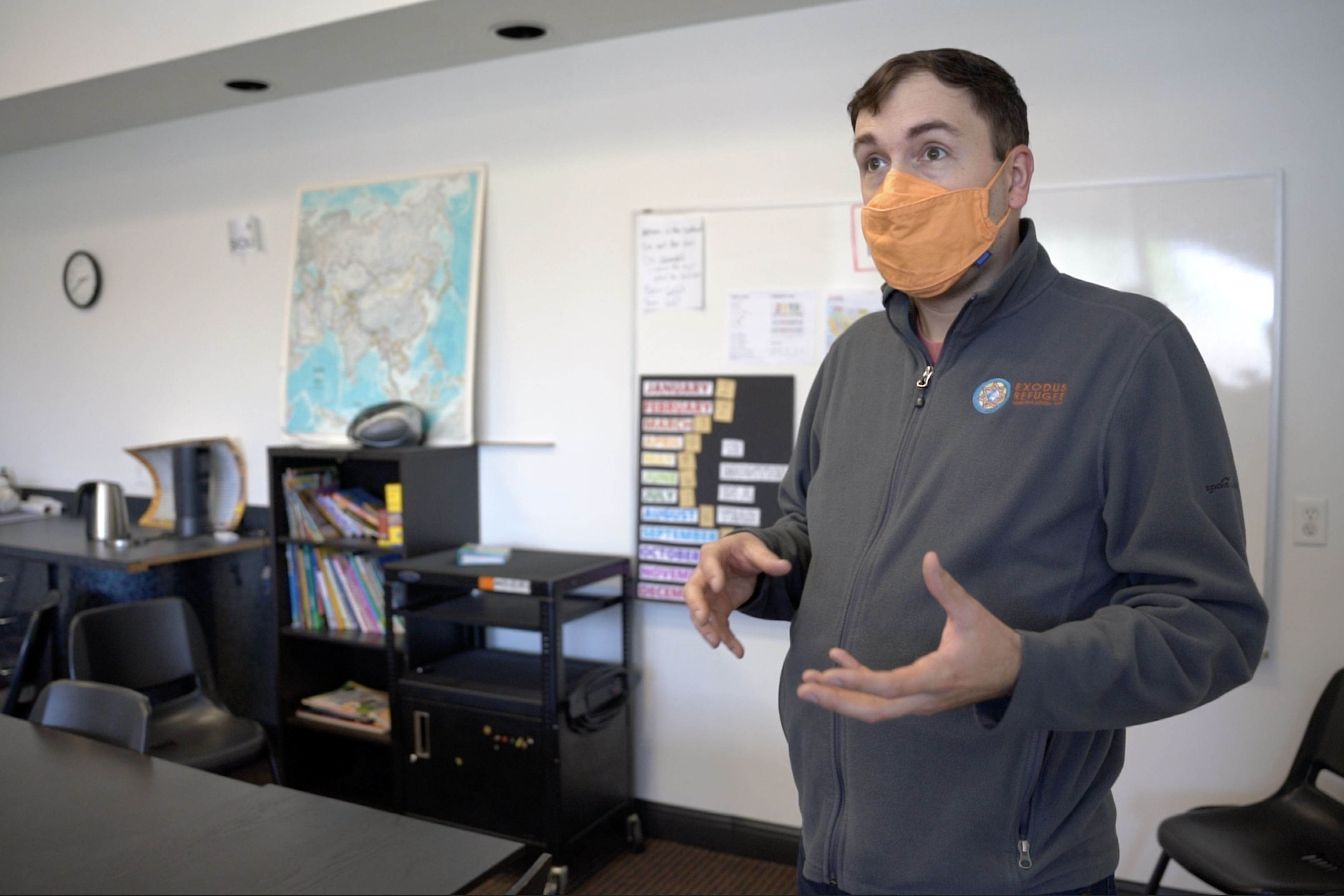 President Joe Biden recently raised the cap on the number of refugees the U.S. accepts to 62,500, a reversal of Trump-era policy of lowering the level for years.

It’s welcome news for organizations, such as Exodus Refugee Immigration, which bring those people in. But it’ll take some time before the programs are ready.

“All the things that have been slowed down over the past four years need to get started back up again,” said Cole Varga, Exodus’ executive director. “So it takes some work to do that, to rebuild some of those partnerships.”

Exodus is Indiana’s largest refugee resettlement program, acting as a pipeline that gives thousands of people across the globe a shot at freedom in the U.S. But under former President Donald Trump, that pipeline was reduced to a trickle.

At Exodus, resettlements plummeted from an annual average of about 900 to 175 last year.

Mark Greenberg headed the federal Administration for Children and Families, which includes the Office of Refugee Resettlement. He said the changes Trump made were unprecedented.

“President Trump greatly reduced the number of refugees who were admitted into the United States, and did this in a number of ways,” said Greenberg, now a senior fellow for the Migration Policy Institute. “Part was restrictions on who could come into the country [from where] and the vetting for who could come in. And part involved reducing what's called the ‘refugee ceiling.’”

With a federal limit on the number of incoming refugees, a third of resettlement agencies across the country closed. Many, including Exodus, have budgets tied to the number of people they help.

Varga said there was a point he was concerned Exodus might have to shut down, too. The organization was able to make it work, but not without cutting 15 staff positions.

“The institutional knowledge, the expertise, the language capacity that you lose when you have to drop a third of your staff overnight, it's hard to recover from,” he said.

Twenty-six refugees have been resettled in the state since October. Two of them are Jean Nsengiyunva’s wife, Nicole Nina, and daughter, Tracy.

Nsengiyunva fled tribal conflict in the Democratic Republic of the Congo before arriving in the U.S. in 2016, right before the cuts. He and Nicole Nina, who was pregnant, had to make a decision – they could split up or reapply together and hope their family would eventually be chosen years later.

“My heart was always beating,” Nsengiyunva said. “Like, I never saw her (Tracy). I just saw her like three weeks ago now. She didn't know she had a daddy. She just know that ‘My dad is in the phone.’ And then me not seeing my wife for four years. It was – I mean, it's crazy.”

Because of the lengthy approval process and curtailed limits, his wife and daughter didn’t get to the country until last month. After years of waiting, the family’s making up for lost time.

"I think Biden doing this, it’s very good. A lot of refugees will survive,” said Nsengiyunva.

Biden wants to bring in 62,500 refugees by the end of the fiscal year. His order added more slots for refugees from Africa, the Middle East and Central America and ended Trump’s restrictions on resettlements from Somalia, Syria and Yemen.

But given the shrinkage of the refugee program’s infrastructure, hitting that number is likely impossible.

“I think the resettlement agencies will emphasize that they welcome the challenge, but there is a lot of rebuilding that needs to be done,” Greenberg said.

At Exodus, that starts with accumulating funds, and rehiring and training positions that were previously cut – English teachers, case managers, recruiting volunteers.

The larger refugee network also must be rebuilt. Varga is reaching back out to apartment complexes and employers, but says work must be done on the federal end, too, to reach the levels of previous eras.

“I'd say due to the damage to the infrastructure of this program, both overseas and the networks here, it’s probably more like 21,000 this year, because we're already so far along in the year.”

He expects operations to return to normal by mid-year 2022.

The Associated Press contributed to this report.