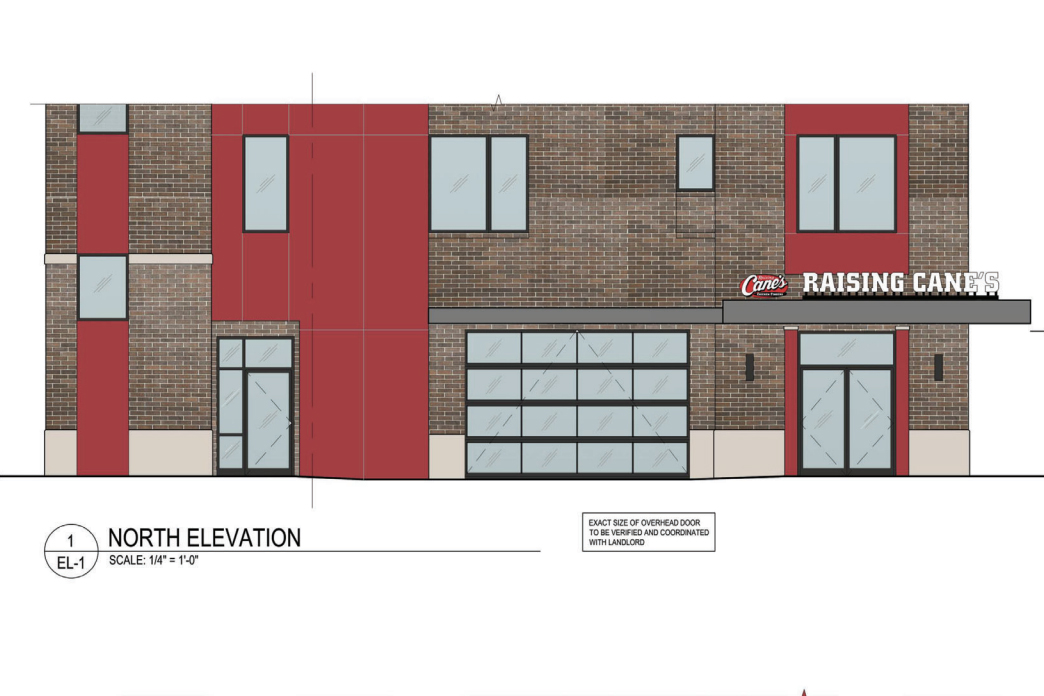 A rendering of the signage for Raising Cane's on East Kirkwood Avenue. The design is different from national prototypes in order to comply with the current design of the building. (Courtesy: ADA Architects, Inc./Raising Cane's)

The former Which Wich sandwich shop on Kirkwood Avenue is set to become a Raising Cane's.

The Bloomington Board of Zoning Appeals (BZA) granted conditional use approval for the chicken finger restaurant during its Thursday meeting. The proposal involves remodeling the current interior space and adding new signage to the front and back of The Rubicon building at 422 E Kirkwood Ave.

Keegan Guilck, zoning and long range planner for the City of Bloomington said the proposal went in front of the BZA because standardized businesses in the mixed-use downtown university village district require conditional approval.

Melanie Bagley, property development manager for Raising Cane’s, said the signage design for the Kirkwood restaurant is different from the national prototype.

“It is quite a minimal design, but we are wanting to very cognizant of the tenants above the proposed restaurant,” Bagley said.

The proposal requires additional approval from City of Bloomington Utilities and the Monroe County Health Department.

Raising Cane's opened its first restaurant in Indiana in Mishawaka in 2020. A second location opened in West Lafayette in April 2021.