Public pianos across Bloomington give people an opportunity to play music 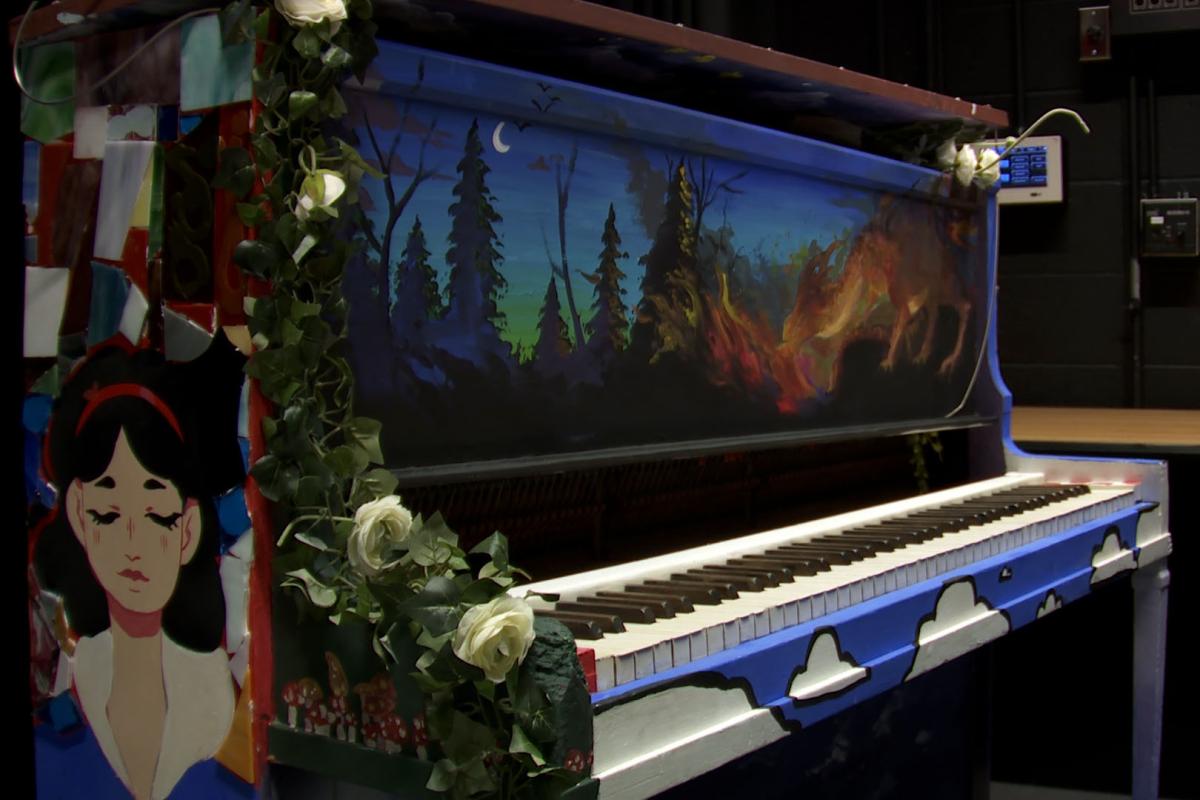 More than 10 pianos, painted and decorated by artists, have been placed in public across Bloomington through the B-Town Piano Project.

Jacobs School of Music assistant professor Chandler Bridges, who runs the project, hopes the pianos will encourage people who haven’t played in a long time to sit down and play a piece, or inspire those who are curious to learn to play.

“I heard about someone the other day that sat down on the piano and hadn't played since tenth grade. They played for 30 or 45 minutes and they just found so much joy in being able to express themselves musically,” Bridges said.

After experiencing months of isolation during the pandemic, he says music can be a relief for many people. The project also gives artists the opportunity to be creative and have their work displayed publicly.

Students from Bloomington North and South and artists from Artisan Alley have decorated the pianos. Some people have seen the pianos on the street and reached out to Bridges through his website to ask to decorate them.

That was the case with the piano outside of BuffaLouie's.

“That was a group of friends,” Bridges said. “They dressed up the piano and painted it all its vibrant colors, with a disco ball hanging from it. All kinds of people are painting them.”

Other pianos can be found at the Soma Coffee House on Third and Jordan and by Artisan Alley. This weekend there will be two pianos in the lobby of the Monroe County Public Library.

Librarian Kevin MacDowell has played the piano for more than 40 years. He says he’s excited by Bridges’ project because many of the pianos he sees when he’s out, such as those in hotel lobbies, are locked up or he’s told to stop playing them.

“So many times in my 40 some years of playing piano, I’ve found a piano out in the world that I wanted to play and couldn't,” he said. “And it's such a wonderful contrast to be in invited to play with no rules.”

MacDowell will play a “mini concert” at the library this Saturday from 11:00 a.m. to 11:30 a.m. The pianos will be open to the public for the rest of Saturday and Sunday.