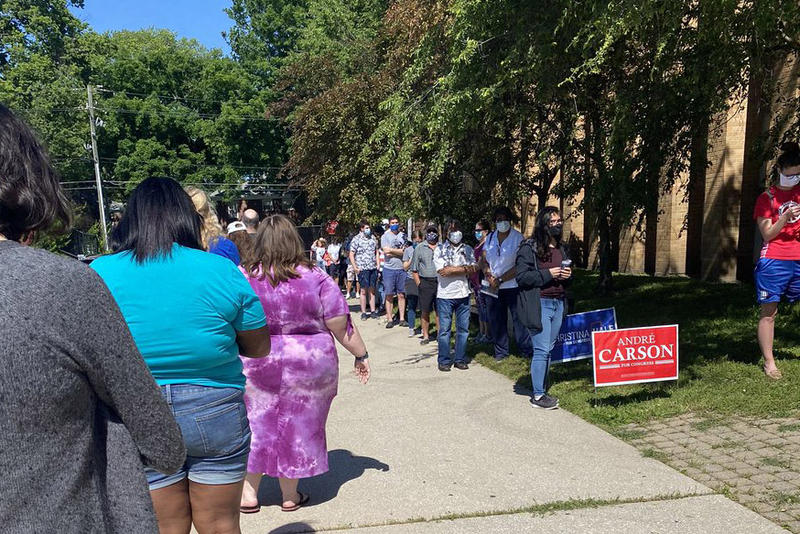 More than a dozen school districts are seeking voter approval for referendum funding during today's primary election, and leaders and school officials say the pandemic has changed how they talk about their proposals.

Asking people to raise property taxes during a pandemic-spurred recession isn't easy, and school leaders and campaigns have adjusted their strategies. Many in-person events have gone virtual, door knocking by volunteers has turned to phone calls, and ads on social media have become a key focus.

Some district leaders have said they even eased back or reduced some campaign messaging for awhile after the pandemic hit.

Fort Wayne Community Schools is pitching a referendum to finish renovating district schools – it's the third phase of years of renovations. Chief Financial Officer Kathy Friend say says, the planned building updates in Fort Wayne will provide long-term changes in the final set of schools due for renovations.

But she also says she understands why people may be hesitant, given COVID-19's financial impact on families and communities, and because of that, it's been important to point out that the project will create jobs in the community.

"So we try to promote the aspect of this that this is putting people to work too," she says.

And organizers in the New Albany-Floyd County school community say the pandemic has made their work even more critical.

The district is pursuing the state's second-ever safety referendum, and Misty Ronau chairs the political action committee. She says if the funding is approved, the district will be able to sustain mental health support and programs.

"Mental health is a big cornerstone of this for us – we believe that healthy happy whole kids do not pose a threat to themselves or others," she says.

And she says that's important, especially for kids who are feeling extra pressure or stressors because of the COVID-19 pandemic.

But unlike past elections, it may take a few days to know the outcome for some schools; Secretary of State Connie Lawson has said results will likely be delayed in many places. School leaders say they hope to know the outcome of their local referendum measures by the end of the week.