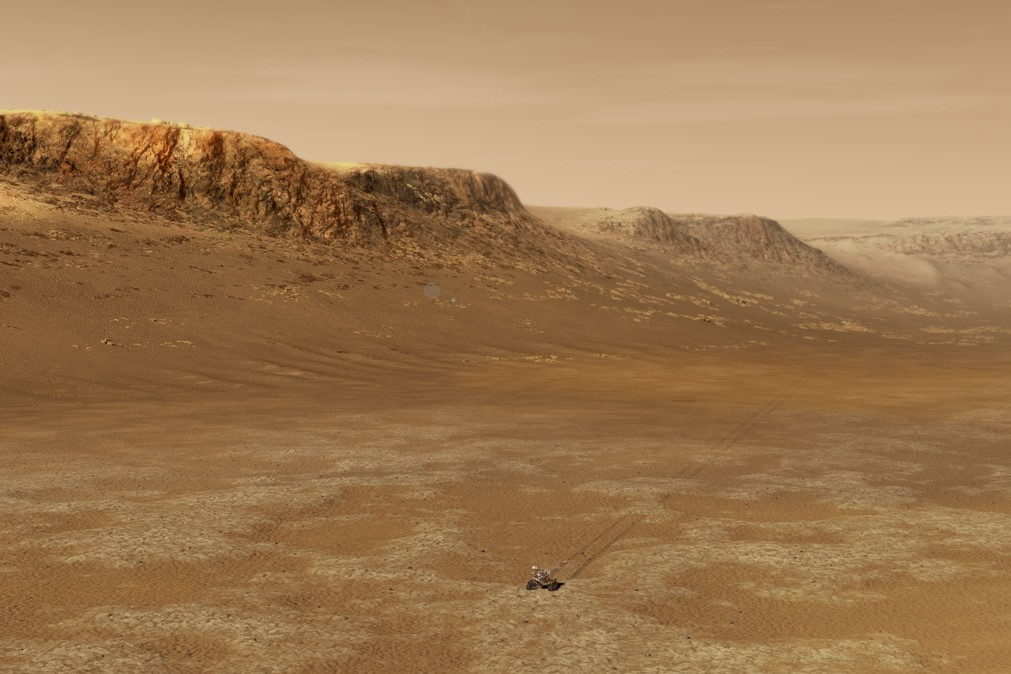 Scientists and historians say NASA’s latest Mars rover, which landed there last month, had to adapt to unquie logistical challenges during the pandemic.

Member of the Perseverance Science Team and Purdue planetary science professor, Briony Horgan, says one of the biggest challenges has been moving to a work-from-home model and communicating with her team remotely.

She says when past rovers landed, the science team on earth lived and worked together for a few months.

But that looks different now as many of the rover’s scientists work from home because of COVID-19.

Team members have to operate on ‘Mars Time.’ And shifts right now start at 3 a.m.

“So everything is remote, which is a huge change from previous missions," she says. "Curiosity, Spirit, Opportunity, previous rovers’ science teams would all come together. You know, live and work together for months on end.”

IU Professor of Earth and Atmospheric Sciences, Juergen Schieber is part of the team analyzing data from the rover Curiosity, which landed on Mars in 2012.

He says from the time of landing until Christmas, he worked in-person in Pasadena, California, with other scientists to analyze data as they came in.

“It was very helpful," he says. "We could talk to the people on a different science instrument team, have a cup of coffee, discuss certain things. It is a much more efficient way to communicate than if you’re on a Zoom screen.”

Schieber says the time he and the other scientists had together helped them understand how to work together and get to know everyone involved on the rover.