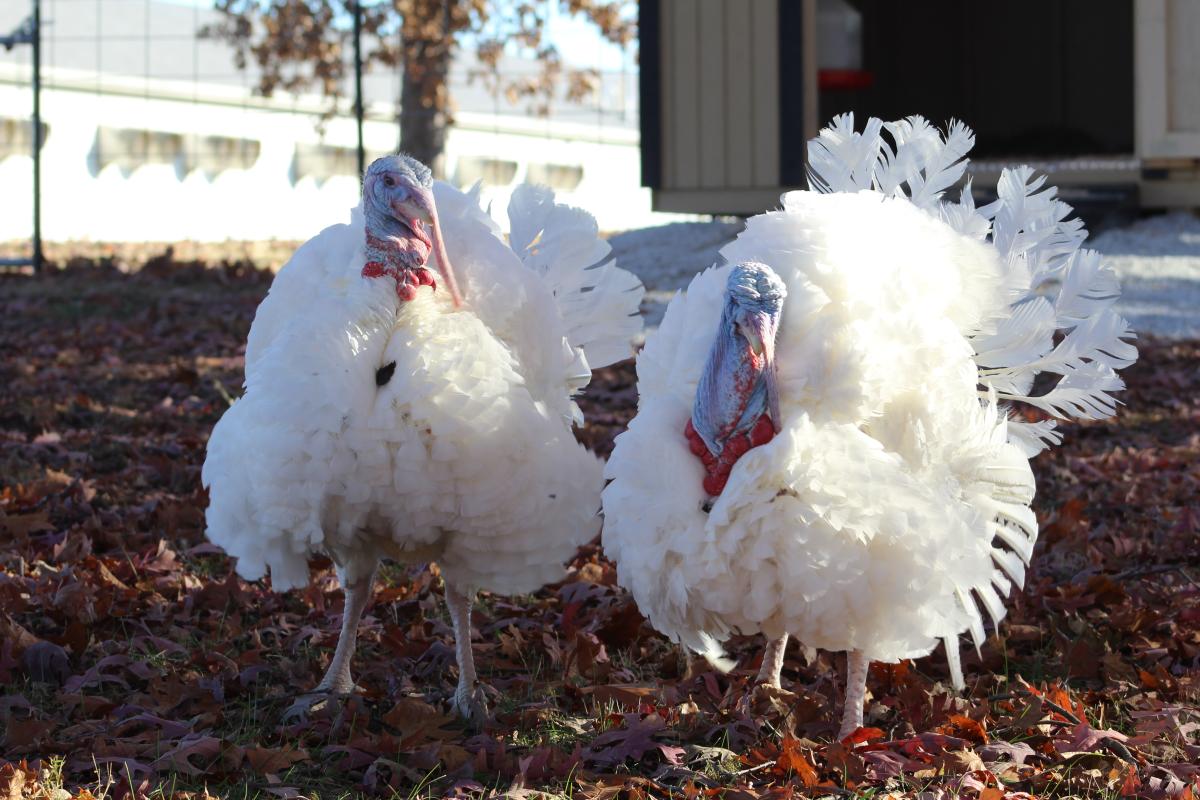 After their visit to the White House the two turkeys - Peanut Butter and Jelly - have been moved into new accommodations, which include a large coop and a fenced-in yard at Purdue University.

The birds were raised by southern Indiana turkey producer Andrea Welp on behalf of the National Turkey Federation - a lobbying group representing the turkey industry.

The presidential turkey pardoning is a tradition dating back to President John F. Kennedy, and formalized by President George H. W. Bush. But the National Turkey Federation has been giving turkeys to the president as far back as President Harry Truman.

Marisa Erasmus is a professor of animal sciences at Purdue. She said the turkeys will spend the rest of their lives at the university.

“We’re treating these birds as Hoosiers,” she said. “They are part of our family and we will be taking the best care of them that we can. I hope people are as excited about them as we are.”

On average, Erasmus says the birds will live somewhere between two and three years.

“That’s probably the lifespan here so we’ll be providing them with the proper diet for their age, proper nutrients to keep them as healthy as possible,” she said.

Erasmus said Purdue has been nervous about revealing the exact location of Peanut Butter and Jelly. In previous years, groups like People for the Ethical Treatment of Animals and the Humane Society of the United States have raised concerns about turkey treatment post-pardoning.

“Some people just don’t know what goes into the care and management of these turkeys,” Erasmus said.

Ashley Byrne is a spokesperson for PETA. She said PETA believes the turkey pardoning shouldn’t take place at all - but if the tradition is going to continue, pardoned turkeys should be sent to an animal sanctuary.

“They should be sent to a place that values them as individuals,” she said. “Which is what all turkeys deserve.”

In March of this year, PETA took out an ad in the Roanoke Times, the local paper covering Virginia Tech, criticizing the conditions the university was leaving pardoned turkeys in. Officials at Virginia Tech have called the claims that it has treated turkeys poorly “completely false.”

Purdue will hold an event officially welcoming Peanut Butter and Jelly to campus on Nov. 29.