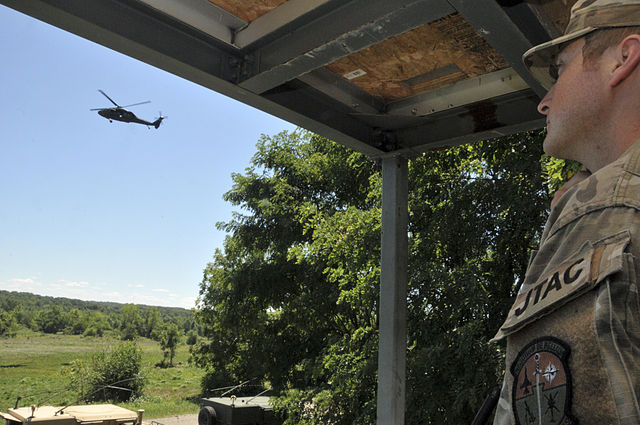 As Afghan refugees find temporary housing at military bases across the U.S., Camp Atterbury officials would neither confirm nor deny if they would be receiving any.

The Wall Street Journal reported over the weekend that Pentagon officials were considering Camp Atterbury near Edinburgh as a potential site to house Afghans fleeing the Taliban.

Indiana National Guard Master Sgt. Jeff Lowry said in an emailed statement that the Secretary of Defense had authorized four military bases to provide temporary housing and support for up to 50,000 at-risk Afghans, and that Camp Atterbury isn’t one of them.

But Lowry also wrote the Department of Defense (DOD) had agreed to provide the State Department additional temporary housing and support for special visa applicants as quickly as possible. Camp Atterbury is a civilian and National Guard training post under DOD control.

“Military departments are continuing to identify potential bases to meet potential expanded need, and we will notify you accordingly if Camp Atterbury in Indiana is approved to support the Afghan evacuee mission,” Lowry said.

The U.S. has evacuated more than 82,000 people from Afghanistan since the Taliban seized Kabul Aug. 14. Secretary of State Antony Blinken said Wednesday about 4,500 of those people are Americans.