No. 8 Indiana women cruise past Butler in season opener 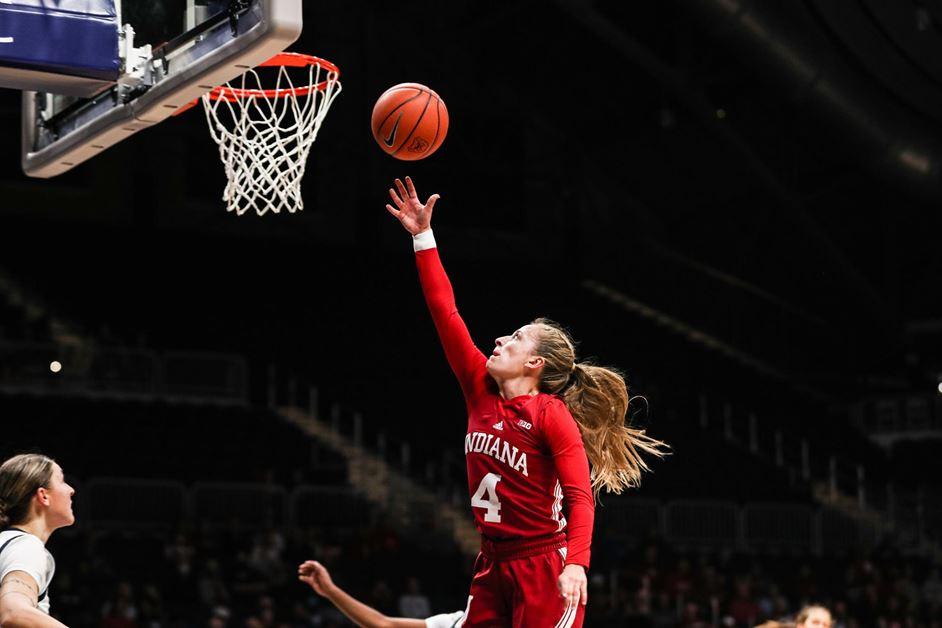 INDIANAPOLIS — Indiana coach Teri Moren joked that whatever Nicole Cardano-Hillary was fed before the game should be repeated.

Cardano-Hillary scored 29 points to lead No. 8 Indiana to an 86-63 victory over Butler on Wednesday night. She shot 11 for 12 from the field, including 7 for 8 on 3-pointers.

“I was getting incredible passes from my teammates and getting energy from the bench,” Cardano-Hillary said. “After hitting a couple, you can’t be mad about that. I’ve been focusing on those 3s.”

Cardano-Hillary added six rebounds and five assists to lead the Hoosiers, who shot 52%.

“Every time she shoots I think it's going in,” she said. “I have so much confidence in her.”

Mackenzie Holmes had 11 points and eight rebounds for Indiana. Ali Patberg shot 2 for 10 from the field but had 10 assists.

“That's a great lesson for your players," Moren said of Patberg. "Some nights when your shot is not falling, there are other ways you can help the team win.”

Moren said if there was a negative offensively the Hoosiers shot too many 3-pointers, making 8 of 26.

“Our defense was very average,” Moren said. “We were frustrated. We felt our post players should have done a better job guarding the low block. We gave up too many easy looks at the basket.”

Alex Richard scored 20 points on 10-for-13 shooting and Zoe Jackson added 18 points for Butler. The Bulldogs shot 50% but committed 18 turnovers.

“Our two freshmen did what we asked them to do,” Butler coach Kurt Godlevske said. “Alex was extremely aggressive and execute. Zoe was a real spark plug off the bench. I love her ability against a very good and experienced IU team to get downhill and make plays. The future is bright and we're excited about that."

Indiana led by 13 late in the first half before Butler pulled to 43-31 at the break. The Hoosiers extended the advantage to 16 points in the third quarter before pulling away in the fourth. Their largest lead was 25.

Indiana: The Hoosiers, who return all five starters from last season’s Elite Eight team, got a decent early test to prepare for home game with No. 13 Kentucky on Sunday. Indiana has won the last 10 season openers, this was the first one on the road since 2012.

Butler: The Bulldogs will need to learn the extent of starting guard Genesis Parker’s injury. Parker, who needed help to the locker room with a lower leg injury, left the game early in the third quarter after being injured and did not return. Parker, who averaged 12.7 points last season, was scoreless in 14 minutes.

STAT OF THE GAME

Free throw shooting has been a point of emphasis in the preseason for Indiana. The Hoosiers hit all eight shots. Moren said the team has been motivated to work on hard on free throws in practice so they don't have to run if they miss too many.

Indiana’s No. 8 ranking in the preseason is the highest the Hoosiers’ women’s team has ever been ranked. The previous high ranking was No. 9 in Week 16 last season before finishing the year No. 12.

Indiana: Hosts No. 13 Kentucky on Sunday