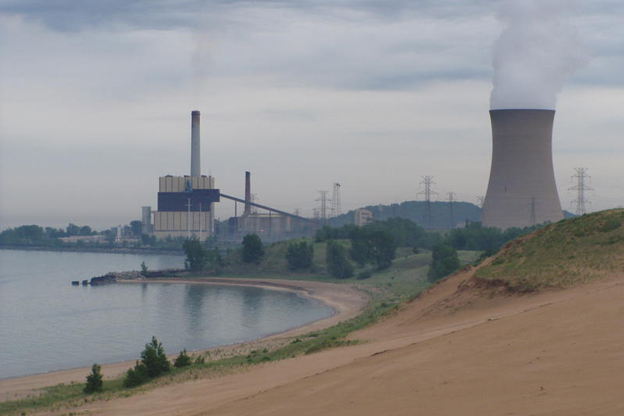 A major utility’s plan to close five Indiana coal ash ponds at a power plant along Lake Michigan and move coal ash to a landfill has sparked concerns from environmental activists about how the dust kicked up by that project will be controlled.

Northern Indiana Public Service Co. is seeking a permit from the state to remove more than 170,000 cubic yards of coal ash from its Michigan City station and transfer most of it to a state-approved landfill in its Wheatfield, the Post-Tribune of Northwest Indiana reported.

The utility’s plan has raised concerns about its health and environment risks, particularly for communities of color, said La’Tonya Troutman, environmental climate justice chair for the LaPorte County NAACP.

Troutman along with Ashley Williams, an organizer at Just Transitions NWI, want the Indiana Department of Environmental Management to extend the May 22 deadline for public comment on the utility’s plan.

The pair expressed concern over how the dust would be controlled during removal of coal ash from one location to another. They said the coronavirus pandemic is raising health concerns connected to pollution, and most people may not be paying attention to the utility’s proposal when families are losing jobs and struggling to stay afloat.

“We’re going to be taking coal ash from one community and dumping it on the next,” Williams said. “We don’t want to create future injustices here.”

Utility spokesman Nick Meyer said the coal ash will be transported in enclosed trucks from Michigan City to the Wheatfield landfill, where it would be monitored and capped when full. A dust control plan is in progress and will be made public when completed.