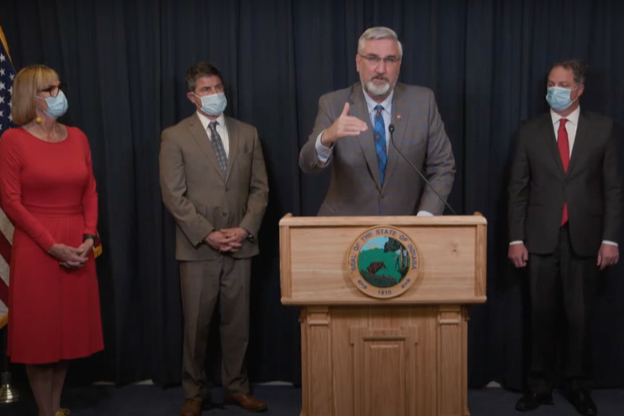 Speaker Todd Huston (R-Fishers) said the state will also eliminate more than $1 billion in state debt, freeing up some money for future budgets.

“Our conservative spending levels will also provide opportunities for future tax cuts and other reforms," Huston said. "And we look forward to having those discussions over the next year or two.”

But he and his caucus still lament what they call missed opportunities and misplaced priorities.

“To me, it just says that it’s not about the people, it’s about the businesses,” Taylor said.

Taylor emphasized that many of the investments Indiana will make in its new state budget are only possible because of the money from President Joe Biden’s federal COVID-19 relief package.

Other major spending plans in the new state budget, using both state and federal funding:

Leaders from both parties note that many of the dollars are directed into a reserve accounts because the state hasn't received guidance from the federal government on how Indiana is allowed to spend half of the $3 billion it's getting from the latest COVID-19 relief package.