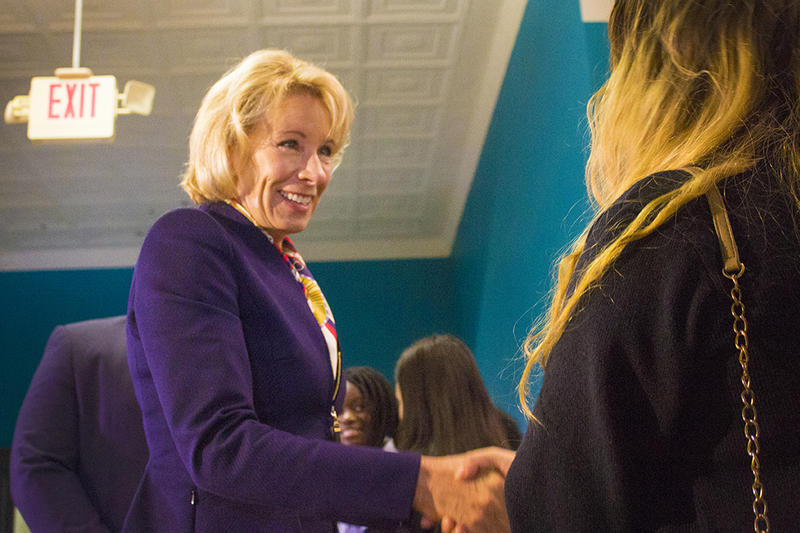 As written into the federal CARES Act, financial support from the Elementary and Secondary School Emergency Relief (ESSER) fund is supposed to go to schools – public and private – based on their number of low-income students, also known as Title I formula. But the new, unexpected guidance contradicts that idea and says the limited pot of funding going to school districts should be shared with private schools based on total enrollment instead.

Executive director of the Indiana Association of School Business Officials, Denny Costerison, says it took a lot of people off guard.

"It was definitely a surprise, definitely not anticipated by anybody," he says.

According to the Indiana Department of Education (IDOE), the guidelines will triple the amount of funding available to support private schools in Indiana, while reducing funding available for low-income public schools.

READ MORE: Governor Holcomb Outlines How – And Why – The State Will Reopen

John Elcesser is the executive director of the state's association of nonpublic education. He says the additional support for private schools is just as critical as they adapt to the pandemic alongside public schools.

"It's not technically education funding – it's for emergency relief. And if you look at the allowable uses for that funding it kinds of makes that clear,” he says.

Elcessor says it's likely the Title I formula was written into the law as a quick and efficient way to get the emergency funding to schools. The CARES Act says money from the ESSER fund can be used for a multitude of items, including purchasing cleaning supplies, wifi or laptops for students, and to support professional development for staff, among other things.

The fund sharing is not automatic, but Costerison says more private schools are likely to request their share since the new federal guidance was handed down.

And when they do, public schools are in charge of handling the funding. Fort Wayne Community Schools spokesperson Krista Stockman says 33 private schools fall within the district's boundary.

Some private schools already work with the district to work out Title I funding and special education resources during the regular school year.

But with the additional schools now eligible to use up a larger chunk of emergency funding processed through the district, Stockman says the new guidance doubles the challenge.

"It really hits us twice, because we're going to be working with more schools that we have to work with than before and there's more money that we're going to have to be processing," she says.

Some education leaders have pushed back more than others on the new guidance. The American Federation of Teachers president Randi Weingarten and national school superintendents association executive director Dan Domenech urged schools to ignore it and use the Title I formula to determine private schools' share regardless of what the feds say.

"We would advise no school corporation to blatantly ignore the U.S. DOE guidance," he says. "If a school district chooses to not follow that guidance I would suggest they consult with their local school attorney and understand the risks associated with a different interpretation."

He says it's likely needed for federal lawmakers to weigh in and clarify how the funding should be split, especially considering the language written in the law.

"To resolve this it would probably be good for guidance from Congress, right, and the official arm of Congress to set the record straight on U.S. DOE guidance, if Congress feels the guidance is in error with literal intent or legislative intent," Spradlin says.

IDOE has shared the latest federal guidelines with local school leaders, but said in an emailed statement it does not agree with the new formula, and its obligation is to "follow the language reflected in the [CARES] Act."

"At first the formula was based on the Title I formula, to ensure the most at-risk population would be served," the statement said. "Last Thursday, the federal U.S. DOE provided guidance for a formula that conflicts with the law. States all across the nation are asking for clarity and scratching their heads at why this occurred."