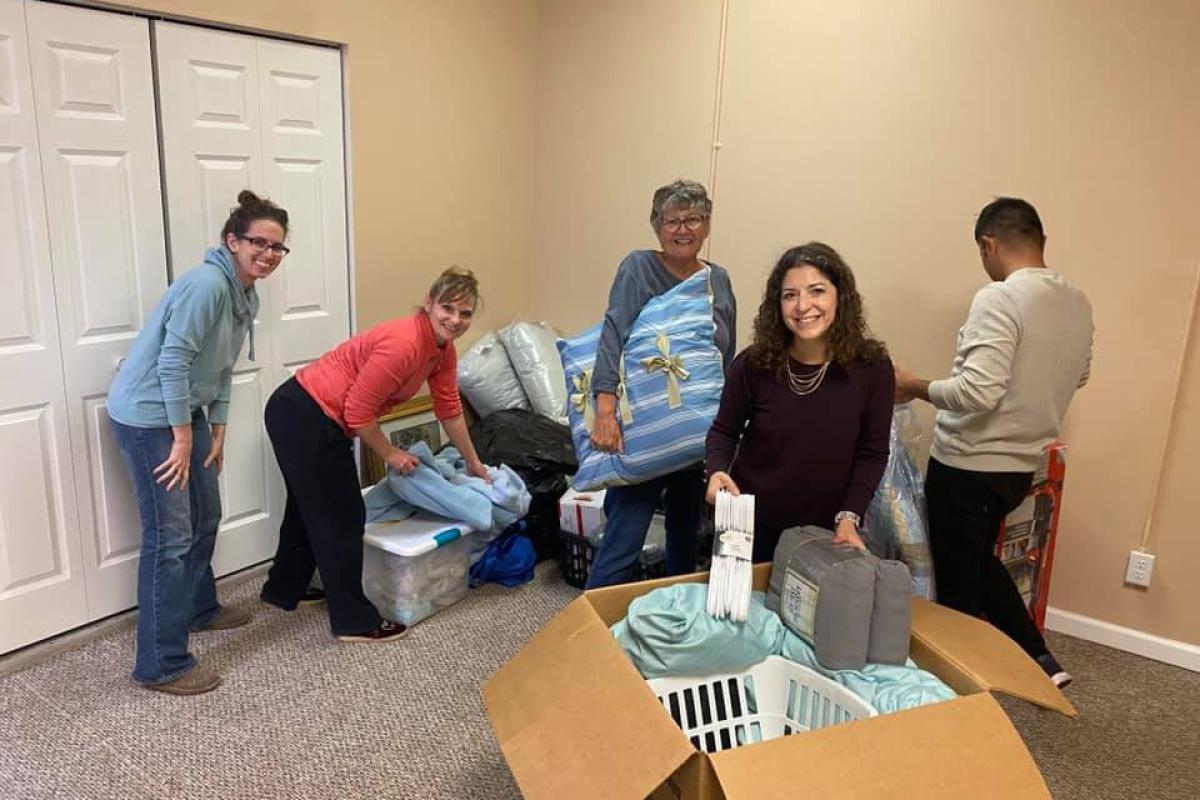 Community members set up an apartment with donated items for an Afghan family. (Photo: Emily Wornell on Facebook)

Muncie’s committee to resettle Afghan refugees in the city is starting a fundraising campaign.  As IPR’s Stephanie Wiechmann reports, the goal is to financially support resettled families for the first several months in Muncie.

The Muncie Afghan Refugee Resettlement Committee, or MARRC, says $10,000 will fully support a resettled family for the first six months of living in Muncie.

MARRC member Tony Sandleben says the families are coming with nothing and help is needed as they begin to integrate into the community.

“The idea behind fully supporting them for the first six months – which is our goal – is to help them get on their feet, help them be able to live while finding a job, help them find a job.  And once they do, the support no longer really becomes necessary once they start getting into the rhythm of getting paychecks and paying their bills.”

Some Muncie residents are wary of the scheme, including Norman Cooper, who spoke at Monday night’s city council meeting.  He called the situation “dangerous.”

At that meeting, MARRC member Seth Rawlings said those coming to Muncie are deserving.

“Right now, we are actually resettling former US military contractors.  A man just landed who was a mine defuser for the US Army.  The people coming in are patriotic Americans.  They are ready to be here and they are going to be great citizens of our community.”

Donations are being taken online through Awaken, Incorporated  – a longtime charity that’s helped women and children in Afghanistan.  The committee gives examples of how the money will be used - $50 can buy a full month of toiletries, $250 can pay for one month of utilities, and $5,000 can fully furnish and cloth a family.

The committee’s overall goal is to bring 50 families to Muncie.  Sandleben says how many people who will eventually call Muncie home will depend on many moving parts.

Besides money, MARRC is also taking donations of items to set up a home at Muncie Public Library buildings and outside the Building Commissioner’s office at City Hall.

Awaken, Incorporated is an IPR underwriter.