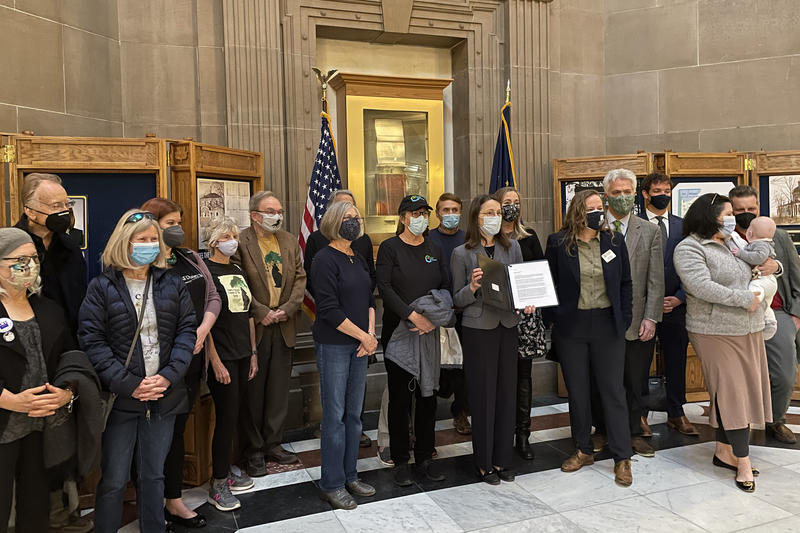 More than 100 groups are asking the governor to veto a bill that would remove protections for many of the state’s wetlands. They delivered a letter to Holcomb on Monday. The signatures include city leaders as well as groups representing environmentalists, wildlife advocates, hunters, and more.

Supporters of the bill said Indiana’s current wetlands law is too strict — causing home prices to go up and creating conflicts between farmers and state environmental regulators.

Jill Hoffmann is the executive director at The White River Alliance — which hosts the Indiana Water Summit. She said the state needs massive improvements to its water and stormwater infrastructure — and some parts of Indiana are in danger of running out of water in the future.

Hoffmann said this is not the time to harm wetlands which help reduce flooding, improve water quality, and recharge the state’s aquifers.

“To lessen protections and to allow un-permitted impacts to one of the most critical parts of our water cycle — wetlands — at this point, is irresponsible and short sighted," she said.

John Ketzenberger is the director of government relations for The Nature Conservancy. He said few of the organizations who signed the letter got to testify on the bill.

“The rushed, exclusive nature of this process minimized the role of experts and ended with a bad act," he said.

The bill also creates a task force to study issues surrounding Indiana’s state wetlands law. The letter says the task force should be allowed to do its work first before the state changes the law — so that all stakeholders have a seat at the table.

Gov. Eric Holcomb spoke out against the bill in the past, but there’s no telling if he’ll veto this current version. If he does, the legislature could still override it. But wetland advocates said the final bill passed by a narrow margin and so they're hopeful that won’t happen.