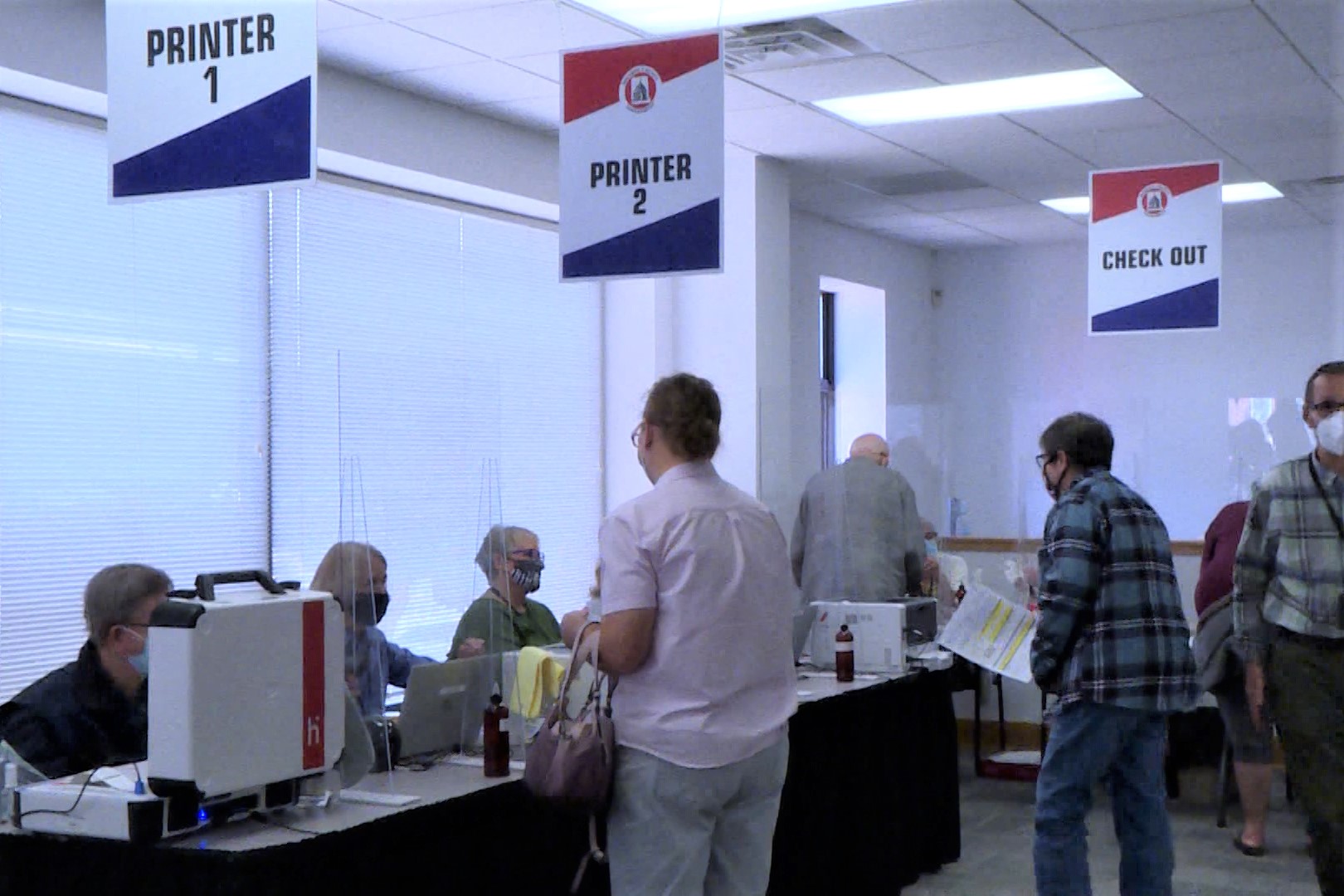 Election Central is currently in the Johnson Hardware Building at 401 W. Seventh Street but shares the facility with the probation department.

County Clerk Nicole Browne said the 2020 Presidential Election coupled with the pandemic magnified her office’s need for more room. She said the county was forced to rent a U-Haul truck during early last year's early voting period to limit the number of people inside the building.

READ MORE: Monroe County Voters Spend An Hour In Line For 2 Minutes In The Booth

"The additional space would allow us to expand our early/absentee voting square footage with the ability to process more voters at any given time, and provide more egress options to Monroe County voters," Browne said. "This would effectively eliminate the need for a satellite location."

Browne said space is so limited that some voting equipment is tucked away in storage units.

"Monroe County’s voting equipment is currently stored at a storage facility in Ellettsville and the electronic poll books and related equipment are stored in a first floor storage room within the North Showers Building," Browne said.

She said when the county experienced heavy flooding earlier this summer, she was scared the machines had been damaged.

"We were very fortunate that the water damage stopped just short of the room in which those electronic poll books are located," Browne said. "If that equipment were housed in a locked room with motion activated cameras on the second floor of the Johnson Hardware building, we would not have those same concerns."

Browne said in her proposal to the Monroe County Board of Commissioners, she will ask if the probation department is willing to move down the road closer to the Justice Building.

She said commissioners have indicated space is available inside both the North Showers Building and the former Napa Auto Parts store on the corner of Third and Walnut.

"With respect to the benefits for county operation elections, this goes to the heart of election security. Architecture 101 calls for everything to be under one roof," Browne said.

The proposal has already received positive feedback from both Hal Turner and Shruti Rana, the Republican and Democratic members of the County Election Board.

"This has the full and complete support of the Monroe County Republican Party," Turner said. "That includes guaranteeing that when people cast their vote, that the vote is secure and the vote is correct."

During the last week's Board of Commissioners meeting on Aug. 18, Knox County Clerk David Shelton said several  county clerk offices in the area experienced an attemped phishing attack that asked for log-in information under the disguise of a public records request.

"It’s really important that we as county clerks do our utmost best to secure our election process," Shelton said. "It would scare me to death just thinking about having my machines and my equipment and my supplies being in another building."

Browne is set to brief the commissioners of her plan on Wednesday during a scheduled work session.