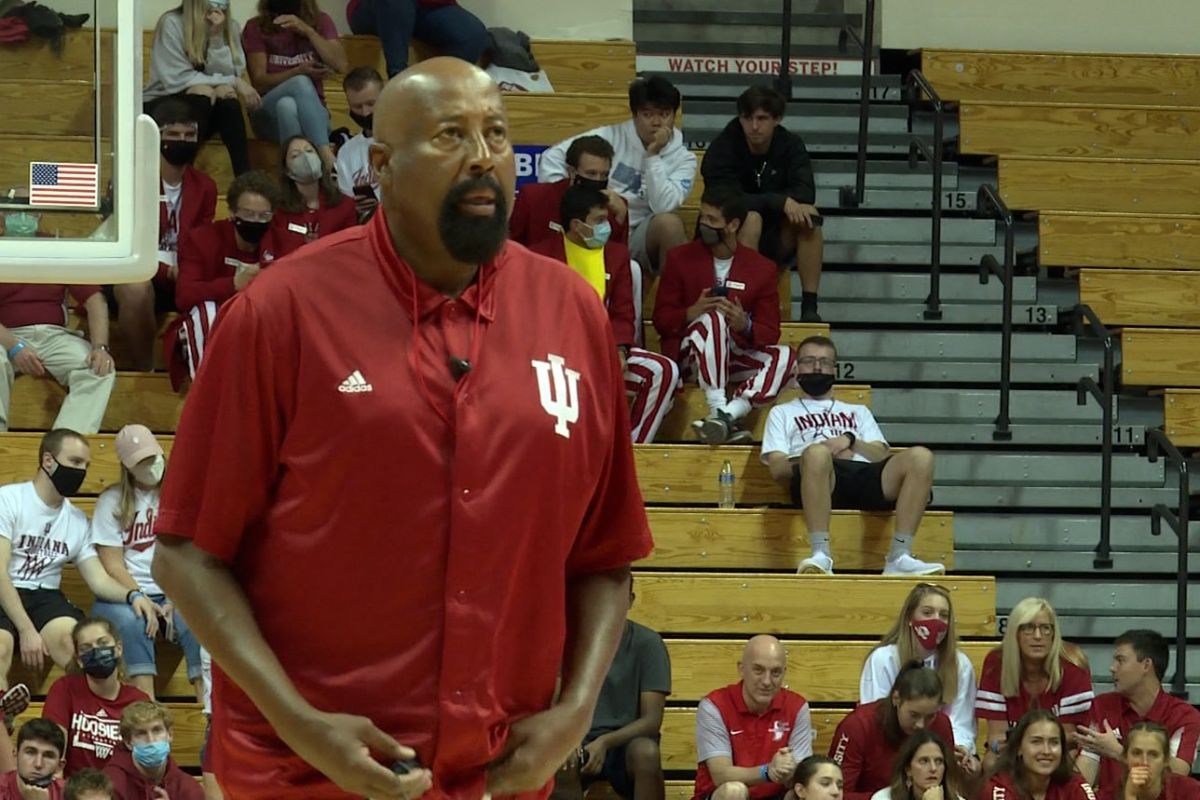 The Mike Woodson era officially tips off tonight when the Indiana men’s basketball team plays host to Eastern Michigan in its season opener.

It’s been a long time coming for Woodson, who was last on the Simon Skjodt Assembly Hall floor for an IU game as a player in 1980.

“I'm excited about the game because I haven't been in that atmosphere in a long, long time,” Woodson said. “And to be able to step back out on that floor in front of the fans that's going to come out and support us, I'm really looking forward to it.”

Woodson, a former All-American player at IU in the late 1970s, was named the head coach in March after Archie Miller was let go after four seasons.

“The teams that really defend and get after you a little bit are the teams that put themselves in position to win at a high level,” Woodson said. “And I don't care what level you play at, your defense has got to be pretty solid.

”And right now, our defense is a little bit ahead of our offense, which I kind of like.”

Woodson has been preaching that mentality to his players.

“He wants his teams to be hard-nosed, wants us to be a team that just fights every game and just doesn’t let up,” junior forward Trayce Jackson-Davis said.

Having Jackson-Davis back may have been Woodson’s biggest recruiting coup after taking the job.

The honorable mention All-American flirted with leaving for the NBA, but said after talking with Woodson for about 10 minutes decided to return.

Jackson-Davis led the Hoosiers with 19.1 points and 9.0 rebounds per game last season. He said his game has gotten better over the off-season.

“I think COVID really put a damper on that we didn’t get to have conditioning (last year),” Jackson-Davis said. “So, I’m running the floor a lot harder, getting easy layups and dunks in transition.

“I think my IQ is higher … I feel like the game slowed down a lot more than it has in the last few years.”

Jackson-Davis is expected to be the focus of the offense.

He was joined in the starting lineup for the Hoosiers’ three exhibition games leading into the season by junior forward Race Thompson and three transfers -  forward Miller Kopp (Northwestern) and guards Xavier Johnson (Pitt) and Parker Stewart (Tennessee-Martin). Woodson said he expects that same rotation to start tonight’s game.

Woodson used a summer trip to the Bahamas where the Hoosiers played a pair of exhibition games against a pro team from Serbia to help the team come together.

“We’ve been together five, six months,” Jackson-Davis said. “But at the same time, a lot of guys have been banged up, so just playing together and playing with each other in different rotations.”

How well the Hoosiers come together this season will begin to be answered tonight. The game tips off at 6 p.m., and will be broadcast on the Big Ten Network.