Midwest's 1st Cyber Battalion To Be Based In Indiana 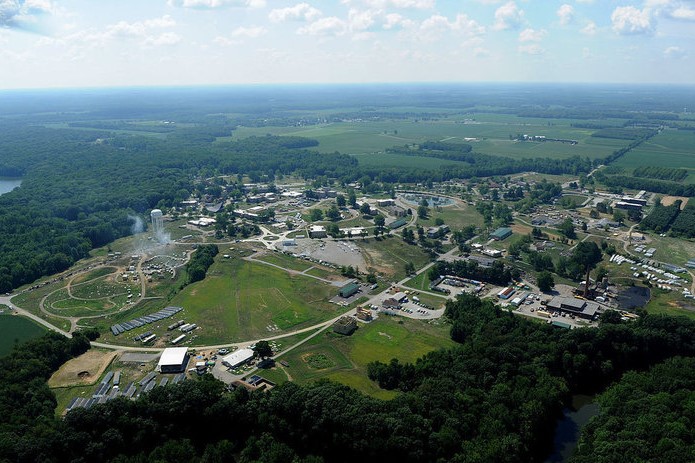 The Muscatatuck Urban Training Center in Jennings County, as seen from above in a 2012 aerial photo. (Sgt. Ashley Reed/Wikimedia Commons)

Indiana will be home to the Midwest's first National Guard cyber battalion, according to officials.

The 127th Cyber Battalion will be comprised of nearly 100 soldiers who will be trained on cyber security and cyber warfare at the Muscatatuck Urban Training Center in Jennings County.

The center features realistic simulations with live environments for cyber and electronic warfare testing and training.

"With our National Guard's current cyber resources and Indiana's top-notch academic institutions, our state is a natural fit for one of the country's first cyber battalions," Indiana Gov. Eric Holcomb said in a statement. "Warfare is becoming increasingly digital and it's an honor for Indiana to be home to those who protect our country from computer-generated threats."

Officials said they chose Indiana for its existing cyber capabilities, partnerships with industry and academia, and the ability to recruit and retain soldiers. Nineteen states and territories were considered.

The 127th Cyber Battalion will serve under the Army National Guard's 91st Cyber Brigade, which was established in Virginia in 2016. Two cyber battalions are in Virginia, while South Carolina and Massachusetts each has one.

"Indiana is well-suited to build and generate mission readiness with this critical force structure," Lyles said.