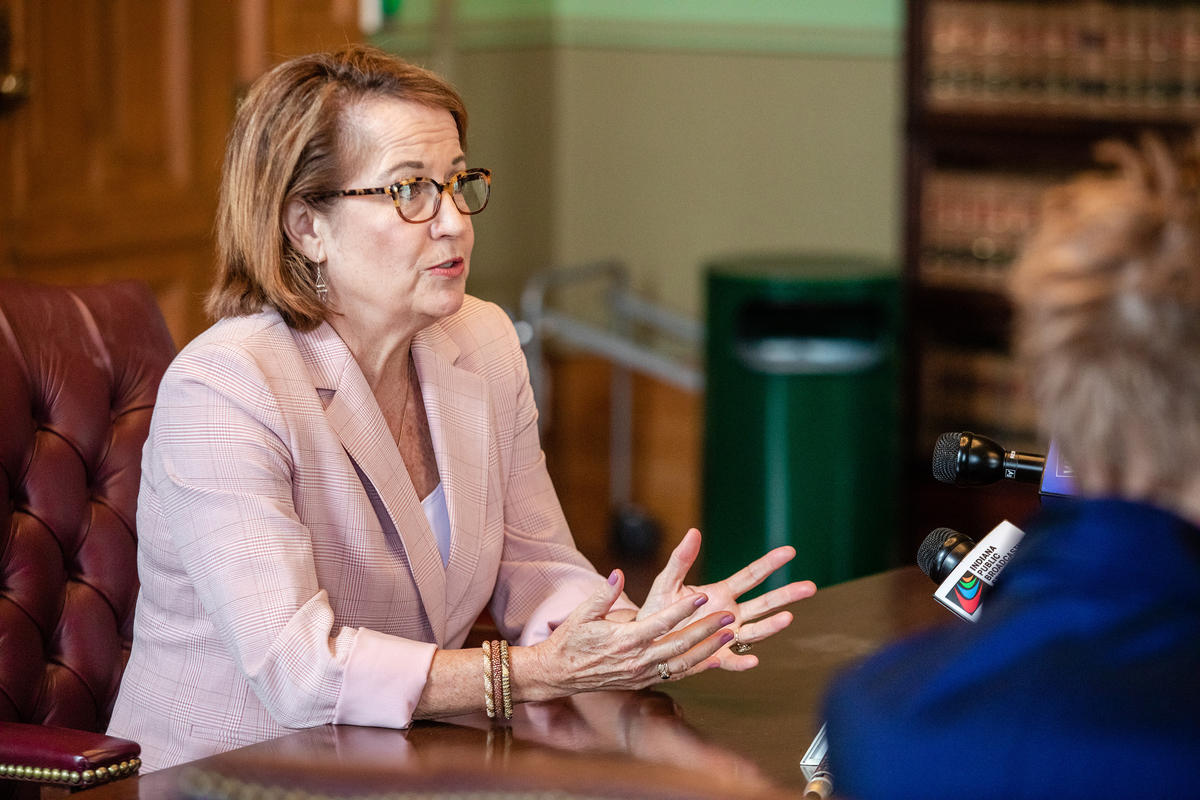 Loretta Rush will continue to serve as Chief Justice of the Indiana Supreme Court for another five years.

Rush’s reappointment as chief justice was a foregone conclusion as the commission formally met with each member of the five-person court. The other justices talked about challenges the court system faces and praised Rush for her leadership.

Justice Christopher Goff called the chief a "stellar attorney" and a "stellar person," noting, in particular, her humility.

"But that's also tempered, I think, with boldness to go out and look for out-of-the-box answers to really serve six-and-a-half million people that call Indiana home," Goff says.

It was also, at times, a light-hearted process, as in this moment with Justice Steven David.

“So, why am I here to take her job, is that the question? Let’s get to the heart of the matter,” David joked.

Rush talked about where she wants to continue to focus: bail reform, the opioid epidemic, and ensuring people are represented by a lawyer in court.

“Eighty percent of homeless vets have civil legal aid issues that might just be that impediment to getting them housing and getting back on track,” Rush says.

Rush has been chief justice since 2014.