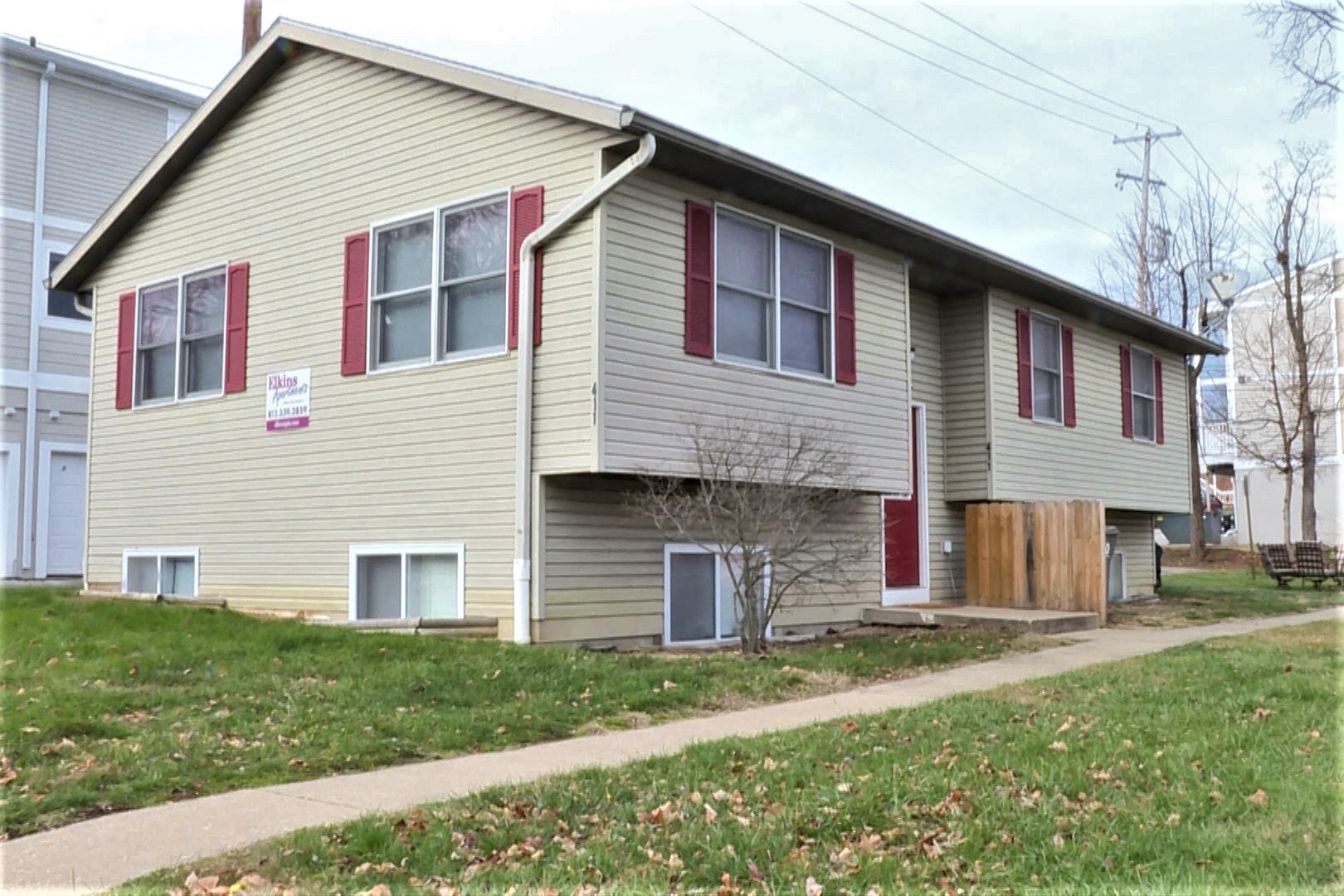 Duplexes will be allowed in many of the neighborhoods around town, but multiplexes (pictured above) are only in specific R4 zones. (Ethan Burks, WFIU/WTIU News)

The issue has been debated the last two years as the city continues to propose changes to its local zoning districts under the Unified Development Ordinance (UDO).

The goal of making duplexes legal in more areas around town is to increase housing options and affordability.

"Status quo is not going to help us get there. We need to take a step and this is a small, incremental step forward to do that," said plan commissioner Karin St. John.

A key part of these proposed changes has been whether duplexes should be allowed as a conditional use or as permitted (by-right) use.

The proposal as amended allows duplexes by-right in zones R1-R3, and then conditional in R4 (Urban Residential). Multiplex housing such as triplexes and fourplexes are only allowed in R4 zones as conditional as well.

Conditional use means each house turning into a plex must get a public hearing in front of the city’s Board of Zoning Appeals (BZA). But the Plan Commission decided against conditional uses in an amendment that was approved during Monday's meeting.

"This careless by-right rule allows both the cozy little one-bedroom, two-bedroom duplexes, while at the same time the six-bedroom, rent-by-the-room monster popping-up next door without a hearing," said former city councilmember Chris Sturbaum.

Sturbaum actively opposes up zoning Bloomington’s neighborhoods because of the unknown consequences it could bring. He and several others who are against the changes are fearful the future of single-family housing will be in jeopardy, and property values will be negatively affected.

"It is so broad and so careless that its potential for unintended consequences are both predicate and inevitable," said Sturbaum.

But Thursday night's approval from the plan commission is not binding. It is only the preliminary step before it goes to city council. The council will decide whether to adopt the proposal into law.

"This is not ready for primetime and I am hopeful that by continuing the conversation before the elected officials in the city council, we will have an opportunity to adjust this and to get it right," said city councilmember Susan Sandberg.

Sandberg said it is important to have a conversation about creating more housing options through the UDO, but where and how to implement these changes still needs work.

"We agree on probably about 90% of the goals here: affordability, inclusivity, diversity of housing stock. We’re just in disagreement about the aggressive nature that we have taken," said Sandberg.

Councilmember Dave Rollo is also publicly against the addition of duplexes in zones R1-R3. He spoke during Thursday night's hearing as a member of the public.

"This is counter to our longstanding goal of owner occupancy," said Rollo.

But before these UDO revisions move to city council sometime in the coming weeks, the Plan Commission must pass a recommendation on the zoning map as a whole.

That topic will be discussed at its next meeting on Monday, April 5 at 5:30 p.m.