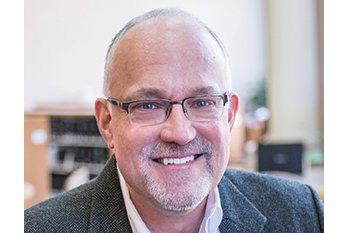 A tenured member of Indiana University’s law school faculty said the board of trustees ignored its own search committee recommendations in deciding to hire Pam Whitten as IU’s president to replace Michael McRobbie.

Steve Sanders also said in a long report posted Wednesday on social media that Whitten was not one of the finalists the search committee picked for the trustees to interview.

He said his report is based on interviews with eight people close to the search process. However, none of his sources are named in the story.

IU Spokesman Chuck Carney said the university will not comment on the personnel-related matter.

“However, we do wish to make clear that we are committed to diligently following applicable policies and laws to protect the integrity of personnel recruitment and hiring,” he said in a statement to WFIU/WTIU News.

Sanders acknowledged the trustees can hire who they want. He said he undertook his reporting project to add transparency to the search.

“Shared governance, the role of faculty and other stakeholders in the governance of the university is important but is also always in potential danger if we don’t constantly remain vigilant about it,” he said.

Whitten had been president of Kennesaw State University and had held high-level administrative jobs at Michigan State and the University of Georgia.

Sanders also said the trustees asked McRobbie to prepare to remain on another six months after his announced retirement date of June 30 and drew up an agreement in case that became necessary.

According to a May 6 memo signed by Trustee Jim Morris, head of the board’s compensation committee, the agreement was prepared March 19 and called for McRobbie to be paid $582,000. The memo recommended that pay be honored because McRobbie put his plans on hold to be available if IU needed him. A letter to McRobbie dated May 13 states that the terms of this agreement would be honored with McRobbie serving specific consulting duties through the end of the year.

Sanders said he received those documents after requesting them through Indiana’s Access to Public Records Act.