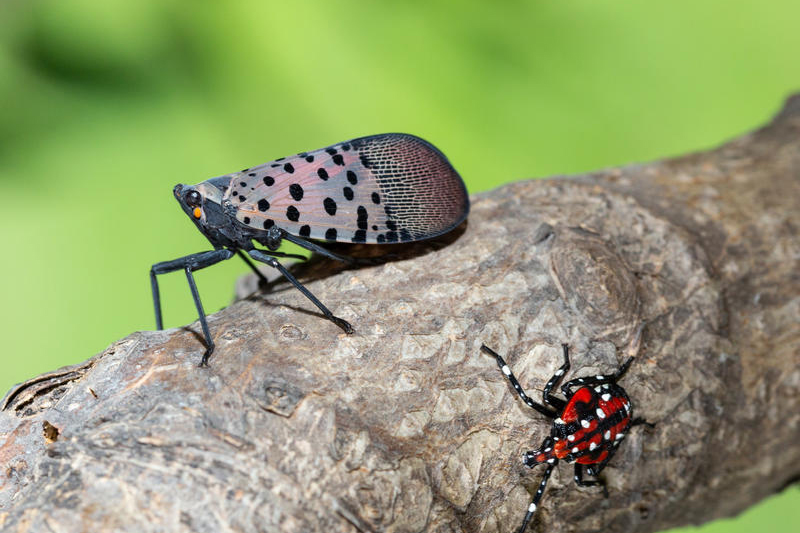 An invasive insect called the spotted lanternfly has arrived in Indiana. The Indiana Department of Natural Resources says it was found in Switzerland County — located about halfway between Cincinnati and Louisville. The spotted lanternfly poses a threat to wineries and orchards in Indiana and across the country.

Spotted lanternflies feed on grapevines, hops, and several kinds of trees — including many fruit tree varieties. They also produce a sticky, sugary substance called “honeydew” — which can attract mold and other pests.

Jim Butler co-owns Butler Winery and Vineyards in Bloomington and said he’s been watching the invasive species spread west. He said universities on the East Coast are researching the spotted lanternfly.

“They have to figure out the lifecycle and when — you know — when do you attack it? What's the best way? What can you do to stop it? So they're still working on that. We're hoping that's figured out before it becomes a major problem here," Butler said.

While Indiana has more than 100 wineries, Indiana State Entomologist Megan Abraham said it’s especially important that the state keeps the insect from spreading to much bigger wine producing states like California, Washington, and Oregon.

“So some of the biggest concerns for Indiana honestly are going to be continuing to make sure that our trade goes unhampered out of Indiana towards some of our western states," she said.

Abraham said spotted lanternfly eggs are easily mistaken for mud on things like RVs, carrier trucks, and freight trains. So it’s important to clean vehicles going in and out of the state.