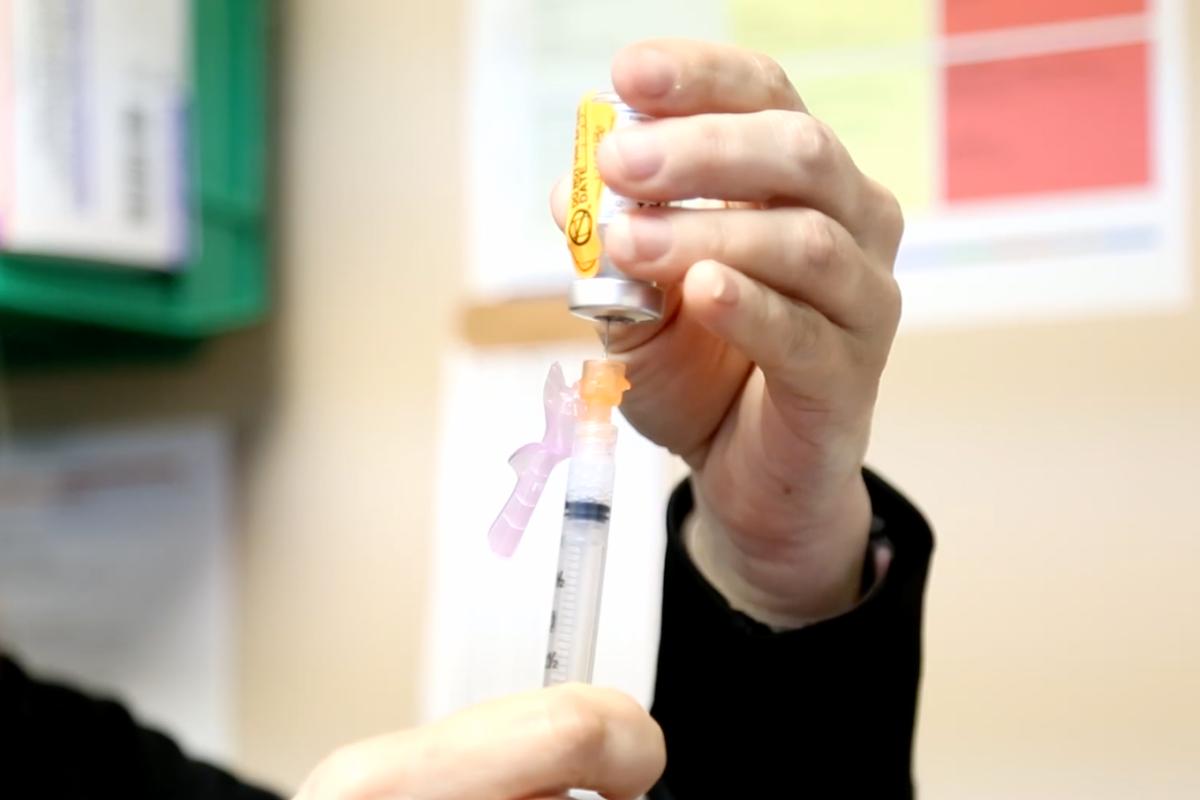 What does one’s employer have to do with their vaccination status?

For the thousands of Hoosiers looking to exempt themselves from a COVID-19 vaccine mandate, it is pivotal.

Across Indiana, the chances of receiving an exemption depends more on one’s employer than the quality of the request.

Increasingly controversial, consensus among legal experts is that vaccine mandates by private businesses are legal. However, the way employers across the state—and nation—interpret those requests are widely variable.

Rick Garnett, a Professor of Law at Notre Dame studies religious liberty, and says variation should be expected.

“[Companies] could decide to be very light touch when it comes to reviewing people's requests, or they could decide to have a higher standard again, so long as they weren't discriminating,” Garnett said.

Yet defining discrimination is difficult. According to Garnett, courts haven’t developed a standard for testing how far employers can go. Most agree private employers have a longer leash than public sector employees.

That variation is present throughout Indiana.

Taci Staley has seen it firsthand. She advocates for vaccine freedom and works for IU Health in a non-clinical, administrative role.

“I had always intended on making a career at IU Health. I was proud for who I worked for I love my job,” she said.

But that changed when mandates began for COVID-19.

“The direction that they're going is disgusting. I mean, it's not something that a lot of us want to see.”

According to internal documents obtained by WFIU/WTIU News, IU Health has granted more than 1 in twelve employees an exemption to its COVID-19 vaccine requirement.

While the vast majority of employees working for the state’s largest health system are fully vaccinated, sources say the health system has been far more accommodating to exemption requests than other central Indiana health systems.

IU Health declined a request for an interview and to specify the specific number of exemptions—religious or medical—it has issued.

However, in a statement, a spokesperson wrote, “the number of exemptions fluctuates due to changing circumstances.”

“I have not heard one person—and I've had a lot of them reach back out to me—one person that I know of that's gotten approved for a religious exemption at Ascension,” Micah Beckwith, pastor at Life Church Noblesville said.

Beckwith says he has helped hundreds of Hoosiers apply for religious exemptions, and has seen significant variation.

Often, he cites 1 Corinthians 6:19-20, which states the body is a temple that should be honored.

Beckwith, Staley and other sources say IU Health has been generally accommodating, but other health systems have adopted a harder line.

An Ascension spokesperson did not respond to multiple requests for comment.

For context, the Health and Hospital Corporation of Marion County—which includes Eskenazi Hospital, 78 long-term care facilities, and Indianapolis EMS—issued just 230 exemptions among its more than 14,000 employees.

Variation Comes with Territory, According To Experts

While controversial, experts like Garnett view COVID-19 vaccines in the same way as other workplace safety measures. Workers are regularly subject to a variety of requirements to keep them and their peers safe.

But that quickly becomes complicated. Garnett says courts haven’t adopted a definition of what is discrimination in this arena—at least not yet.

“It would make life easier if there were a line or litmus test,” he admitted. “[But] there isn’t.”

The business community is generally supportive of this flexibility.

“I'm certain that the scrutiny that employers are applying to these exemption statements that they're getting from certain employees, probably varies as well,” Kevin Brinegar, President and CEO of the Indiana Chamber of Commerce said. “Some are saying ‘no, that's not legitimate.’ Others may just take them at face value and provide that employee an exemption.

Brinegar said his members generally support the rights of individual businesses to make decisions on whether or not to require workers be vaccinated against COVID-19. Further, he said the chamber is opposed to an outright ban of mandates. Some state legislatures, most recently Tennessee, have banned private employers from implementing their own vaccine requirement.

Even if President Joe Biden’s federal policy requiring employers with more than 100 employees vaccinate their workforce is allowed to stand by courts, uncertainty will remain.

Staley believes the treatment she and other unvaccinated workers receive is discriminatory.

“They're not respecting their employees’ rights,” she said. Staley, who has received exemptions from the flu vaccine since 2015 and is exempt from receiving the COVID vaccine believes, “a lot of that, unfortunately, comes from funding. They've prioritized [profit] over their employees. It's really sickening the direction that healthcare and employment in general has taken.”

Staley has become an advocate for others who haven’t been as successful gaining exemptions. She maintains a website that provides resources for those seeking them.

She believes workers—regardless of their vaccination status—should be more valued by their employers.

Both she and Beckwith—who are unvaccinated against COVID-19—agreed the politicization of the issue surprised them.

NEW from me: The chances of receiving a COVID-19 vax exemption depends more on one’s employer than the quality.

Some, like the state's largest health system, liberally accept them. 1 in 12 IU Health employees are exempt from its requirement.https://t.co/GiXi7nmHM7

“I think the biggest thing is we've got to stop looking at the sides and picking sides and saying that person is evil, because they don't wear masks. They haven't gotten vaccinated,” he said from his office before a town hall at Life Church Noblesville where Indiana’s embattled Attorney General Curtis Hill was scheduled to speak. “Or, that person is evil because they have gotten vaccinated or they are wearing a mask.”

While valuing freedom, Beckwith said it doesn’t give people the greenlight to be reckless. “I think there's very clear lines of right and wrong,” he said. “We can certainly call out right and wrong. I'm not saying don't have principles.”

Beckwith said that line, for him, is not going out when one is feeling sick. However, he stops short of requiring his congregation wear masks, nor does he encourage them to be vaccinated—despite the overwhelming support from public health and medical professionals.

Three safe, effective, and approved vaccines are available, but almost half of eligible Hoosiers remain unvaccinated.