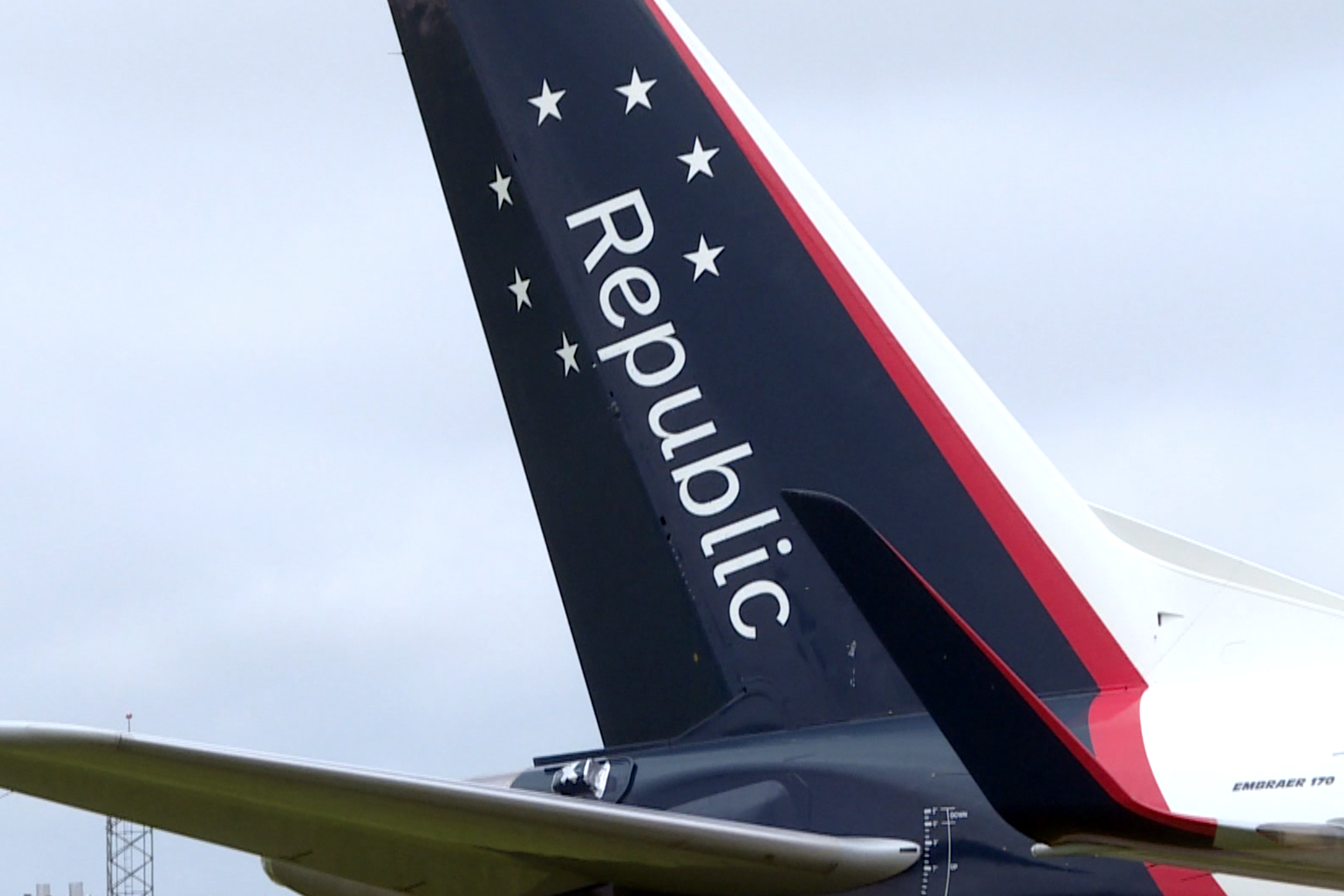 With COVID-19 grounding much of the nation’s air travel, a local carrier is being forced to reduce staffing.

Indianapolis-based Republic Airways, one of the nation’s largest regional airlines, confirmed Thursday the company has reduced 5 percent of its overall workforce.

The cuts were both voluntary and involuntary, but specific numbers were not immediately available.  34 flight dispatchers, multiple new hire pilots, and a number of administrative employees are among those currently without work.

Gary Peterson, the International Vice President for Transport Workers Union of America—a group that represents the 34 flight dispatchers—says he’s not aware of another airline that has furloughed workers and taken CARES Act funding.

"The carrier’s position in this case is that if you read it to the letter you can do anything prior to actually getting the money or the approval," he says. "So it was in the pipeline they didn’t know exactly what they were getting."

Republic confirmed it accepted funds from the CARES Act, but didn’t immediately provide information on how the company negotiated with the federal government.

Republic isn’t alone. Carriers across the country including United, Delta and JetBlue along with other airport service providers have found holes in the legislation.

Peterson and others say the intention of the act was different.

Republic—along with other airlines—have seen flight schedules slashed.  The carrier says they plan to fly 40 percent of their pre-pandemic schedule in July and August, which is up from about twenty percent earlier this year.

Republic confirmed it accepted funds from the CARES Act, but didn’t immediately provide information on how the company negotiated with the federal government.

Flight dispatchers are employees on the ground who compose flight plans, manage aircraft weight, and coordinate with pilots in the air.

The union says they’re currently in negotiation with Republic.

The carrier says COVID-19 has reduced flight schedules by up to 80 percent.

While Republic’s flight schedule for July and August has increased, airline officials say it is still only 40 percent of what it projected pre-pandemic.

An earlier version of this story contained quotes from attorney Matt Kuhn. He has been removed due to a conflict of interest.