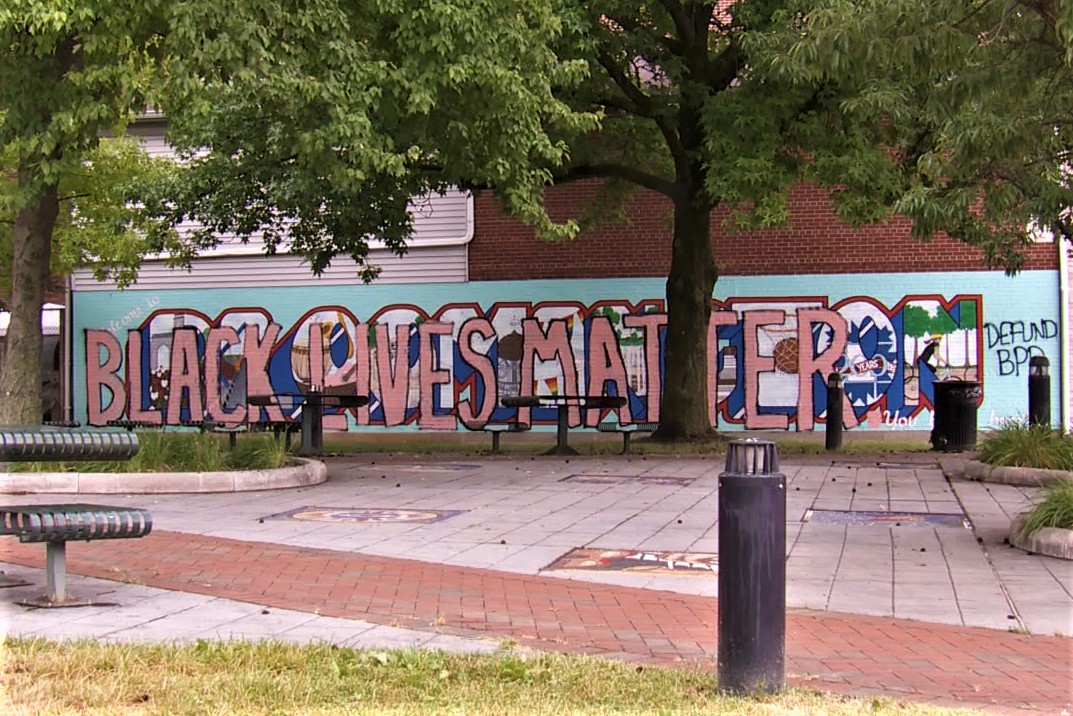 Bloomington police are investigating last week's vandalism of the 'Bloomington' mural in downtown Peoples Park as an act of criminal mischief, but the city has no plans to remove it any time soon.

Someone painted the phrase "Black Lives Matter" in large pink capital letters over the mural.

Bloomington Director of Public Engagement Mary Catherine Carmichael said the city was planning on commissioning a new mural for the public park this summer anyway, so the pink letters will remain until the new artist is selected and begins their work.

Mural in People’s Park painted over with, “Black Lives Matter” from r/bloomington

The original mural, called "You Belong Here," was done by local muralist Eva Rohlfing Allen in 2017. The mural and its message were received with mixed reactions by locals, as its unveiling coincided with an increased police presence in downtown Bloomington and the migration of people experiencing homelessness away from Peoples Park.

Allen reacted to news of the vandalism via Facebook, writing, "I’m sad that someone would deface the mural which was created to celebrate diversity and inclusivity. But, it’s not about me."

Peoples Park was once ground zero for a racist hate crime.

Later that year, the store was firebombed by members of the Ku Klux Klan. Students and store patrons were outraged, and at a rally organized outside the burned building, Turner "declared that peace between the races was dead."

Bloomington's Carmichael said the city's next mural in the space will acknowledge the racial history of Peoples Park.