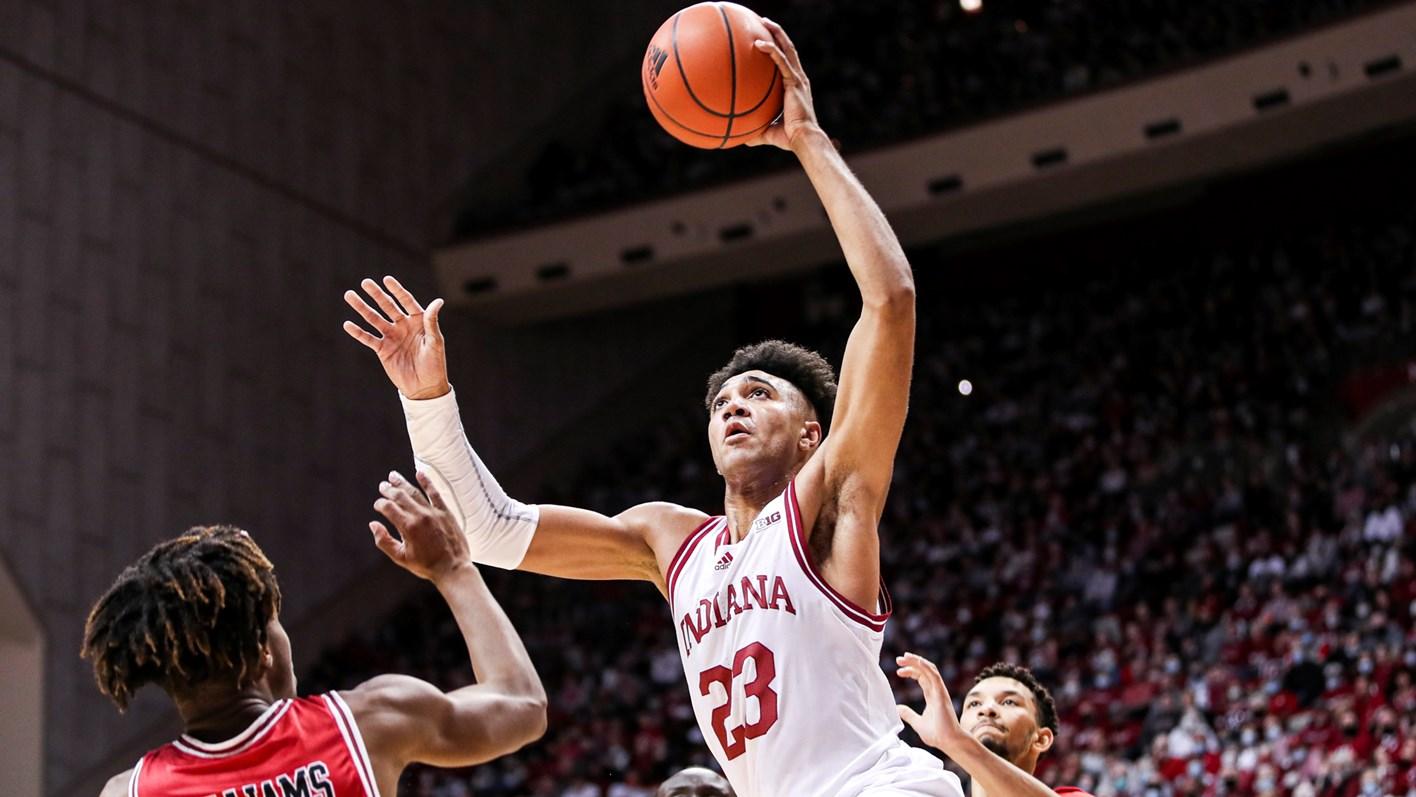 The Indiana men’s basketball team will face its toughest test of the season when St. John’s visits Assembly Hall tonight.

The Red Storm are averaging more than 90 points a game a feature a relentless press on defense.

“We've been working all year on pressing,” first-year Indiana coach Mike Woodson said. “We've just got to hope when they throw it on us, our guys are comfortable in making the reads and getting the ball out of the double teams and getting the ball up the floor to try to create a scoring opportunity.”

Woodson said the best way to beat the press is to attack it.

“I’m telling our guys, you get pressed, you’ve got to make them pay on the other end,” Woodson said. “It might cause us to speed up and play a little more up tempo, but that’s OK.

“I don’t want to break the press and just play halfcourt. If we’ve got the opportunity to go score the ball, that’s what I want us to do.”

Indiana hasn’t had a lot of trouble scoring the ball. It’s averaged 76.5 points per game in wins over East Michigan and Northern Illinois.

Leading the way has been junior forward Trayce Jackson-Davis, who’s averaging 20.0 points and 10.5 rebounds per game. He also has a team-high 10 blocks in two games.

Point guard Xavier Johnson is the only other Hoosier averaging in double figures at 13.5 points per game. It will be up to Johnson to take the lead in beating the St. John's press.

“I don't think he's ever been asked to do a lot of the things that I'm asking him to do,” Woodson said. “And that's a part of being a good point guard. You know, you need good point guard play in college basketball to be effective, I think.

“And if I can keep Rob (Phinesee) and Khristian (Lander) on board and doing the things that they need to do when they play, and Xavier, you know, kind of leading the charge with that first unit, then I think we'll be in positions to win ball games.”

Race Thompson will likely draw the assignment of trying to shut down Champagnie. Woodson said Thompson has been the lead of the Hoosiers’ defense thus far.

“He’s kind of directing traffic and helping guys who probably have struggled a little bit in the defensive system,” Woodson said. “He's kind of been like the mouthpiece and the centerpiece in terms of getting guys where they need to be.”

Both teams come into tonight’s game with 2-0 records. The game tips off at 9 p.m. and will be broadcast on FS1.