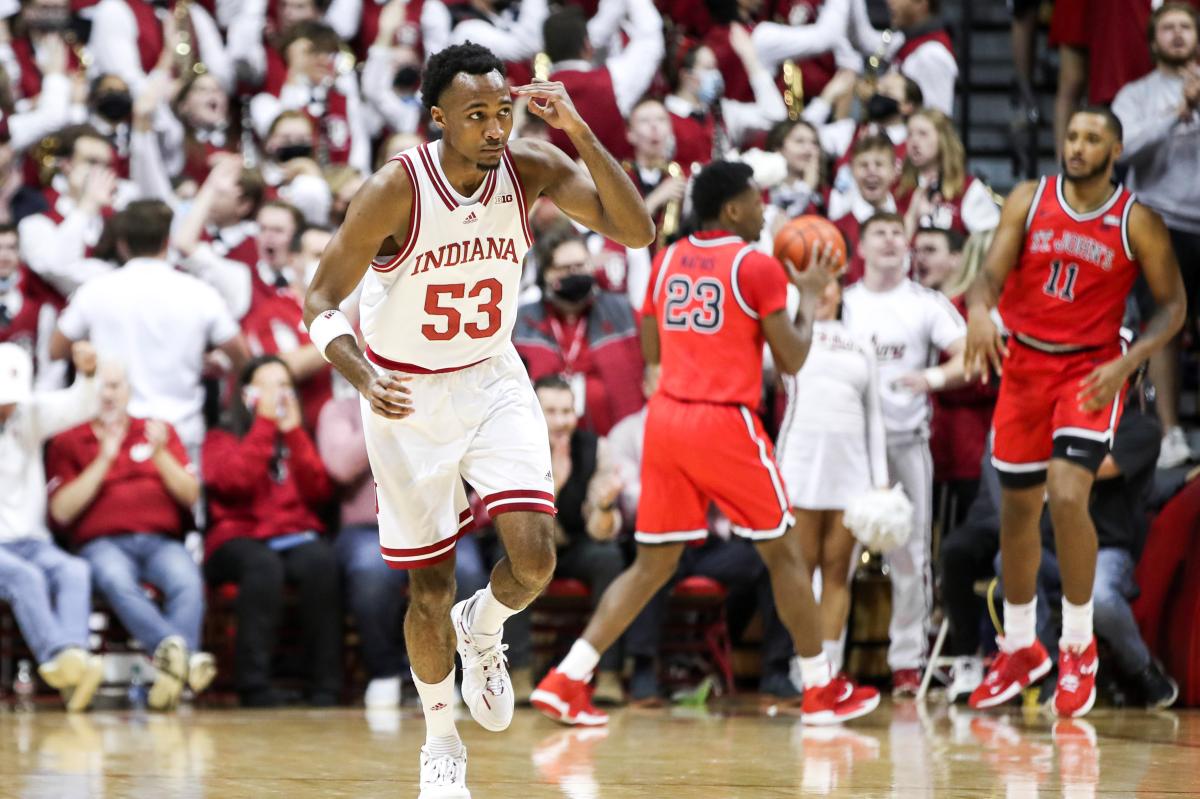 Trayce Jackson-Davis scored 18 points, grabbed 10 rebounds and blocked two shots as Indiana fended off a relentless charge by St. John's 76-74 Wednesday night in the Gavitt Games, a series pitting the Big Ten against the Big East.

The Red Storm (2-1) were visiting Indiana's Assembly Hall for the first time in 29 years and made it memorable, remorselessly whittling a 14-point first-half deficit down to a chance to win at the buzzer.

Julian Champagnie scored 32 points for St. John's, 22 in the second-half comeback, but his 3-pointer for the game didn't fall and the Hoosiers Jordan Geronimo controlled the rebound as time expired.

Alexander drew St. John's into a 56-56 tie with 8:49 to go and the Red Storm came within one point four times in the last four minutes.

Indiana had an answer each time.