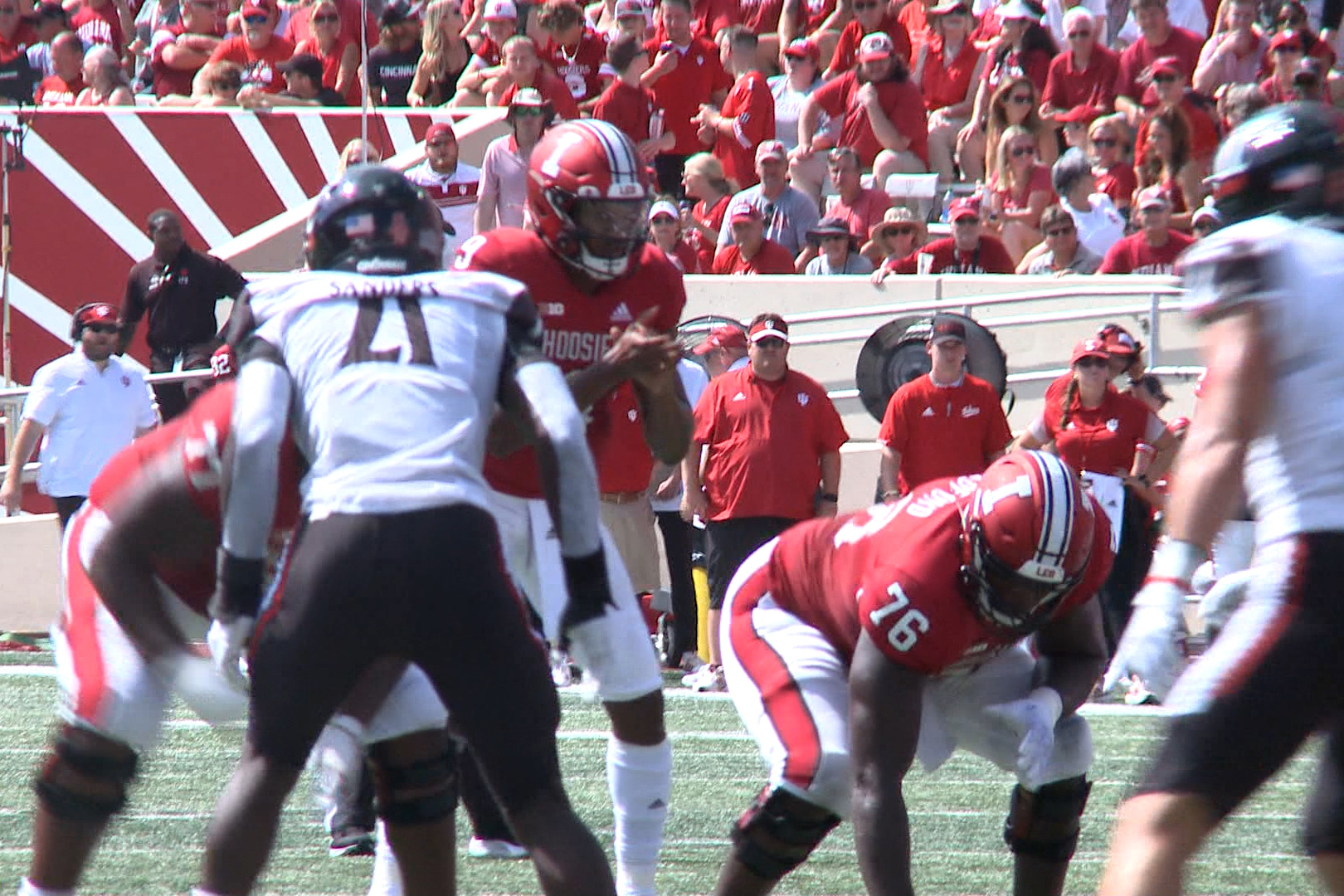 Indiana quarterback Michael Penix will be under center Saturday night at Western Kentucky after X-rays revealed no broken bones in his right, non-throwing hand.

Penix was injured in last Saturday’s 38-24 loss to No. 8 Cincinnati that dropped the Hoosiers to 1-2.

It’s not the record anyone expected for a team that entered the season ranked No. 17.

“We're 1-2; it's not where any of us wanted to be,” Allen said Monday. “So, what are you going to do? Feel sorry for yourself, because I guarantee nobody else is. So, we're going to bow up and we're going to fight; I promise you that.”

Penix has struggled this year in his return from a season-ending knee injury. He has already thrown more interceptions this year (six) than the team did all last season (five).

Allen said there was plenty of blame to go around for the Hoosiers’ issues in the passing game against the Bearcats.

“We had several drops, which were uncharacteristic for some of those guys, but they dropped it. They did not catch the football well as a group,” Allen said. “I thought our protection still wasn't good enough completely across the board. That's O-line, running backs, tight ends. Those are variables that go into those — he was under too much duress in my opinion.”

“Michael Penix is our starting quarterback, and I believe in him with 100 percent of my heart, and I know that our team feels the same way,” Allen said.

Perhaps the biggest surprise has been wide receiver Ty Fryfogle, the Big Ten’s receiver of the year in 2020 after catching 37 passes for 721 yards and seven touchdowns.

This season, he’s caught 11 passes for 126 yards and a touchdown. Saturday, he had just one catch for 13 yards.

“He had multiple drops in that game, which is not him,” Allen said. “I don't know, he's never had a game like that since he's been here.

“I don't expect that to be anything moving forward, but he just needs to rise up and relax and just be Ty Fryfogle.”

The defense had its own issues Saturday, but much of that came after All-Big Ten linebacker Micah McFadden was ejected for targeting for a helmet-to-helmet hit on Cincinnati quarterback Desmond Ritter.

The Bearcats had turned the ball over twice and punted four times before McFadden’s ejection. Afterward, Cincinnati scored on six of its final eight possessions to put away Indiana.

The targeting call was not made on the field but came after a review.

“When I heard they were reviewing it, I knew it was me,” McFadden said.

Allen did not like the call during the game or after watching the tape.

“I did review it, and I totally disagree with the call,” he said.

Allen said he would like to see the targeting call, and the automatic ejection that comes with it, changed to something along the lines of the flagrant 1 and flagrant 2 foul calls in college basketball.

“They need to evaluate the way it is implemented in regard to the ejection piece,” Allen said. “I just don't think it's fair to the kids, it's not fair to the teams to have a guy ejected for something like that.”

Still, Allen said losing one player — even the caliber of McFadden — should not have made that kind of difference for the defense.

“He's the heart and soul of your defense, I get that,” Allen said. “But at the same time, other guys have got to step up, and I just feel like we got no more takeaways at that point. We needed one more really to kind of be the defining opportunity to win the game.

“Other guys got to step up and fill the void when a guy like that goes out. But, yeah, it was definitely different after that.”

Fortunately for the Hoosiers, they have three-fourths of the season remaining to turn things around.

And that begins Saturday night at Western Kentucky.

“We know that all of our goals for the season are in front of us,” McFadden said. “How cool would it be for the Indiana Hoosiers to turn their season around.”