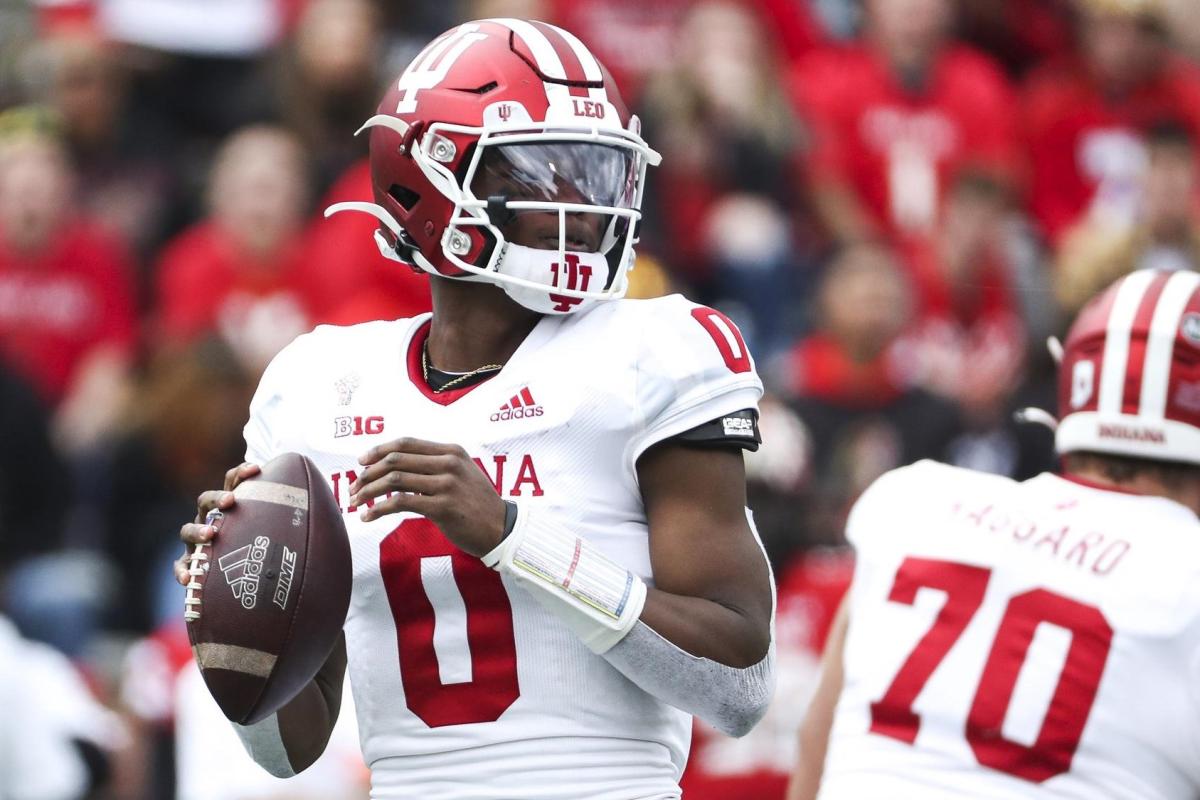 In a football season that has gone every which way but expected, starting an 18-year-old at quarterback seems par for the course for Indiana in 2021.

But that’s where the Hoosiers find themselves heading into Saturday night’s game in Ann Arbor against No. 9 Michigan.

True freshman Donaven McCulley will be under center for a second straight game. He threw for 242 yards and two touchdowns last week in a 38-35 loss at Maryland.

McCulley wasn’t expected to even play this season, but due to injuries to three quarterbacks ahead of him, the Lawrence North grad has been thrust into the starting role.

“A year ago at this time, he was playing for a sectional title,” Indiana coach Tom Allen said. “That is the reality of where he is, and he has had to grow up really fast. But I think his poise and his natural confidence is starting to show.

“It is going to be a very hostile environment, and a whole lot of fans cheering against him, but that will be another growth opportunity for him and our team.”

McCulley has had to grow up fast. He was expected to redshirt this season, with Michael Penix Jr., Jack Tuttle and Dexter Williams ahead of him in the depth chart.

But Williams suffered a season-ending injury in spring ball. So when McCulley arrived in the fall, he had already moved up to No. 3.

“When I came in to fall camp, Michael, Jack and everybody in the quarterback room helped me,” McCulley said. “They made sure I learned all of my plays and made sure I was studying and caught up. They have done a good job of preparing me.”

Penix started the first five games but never found his rhythm before suffering a separated left (throwing) shoulder in a 24-0 loss at Penn State.

Tuttle finished that game, and started the next two games before he was sidelined with a leg injury in a 54-7 loss to Ohio State.

The season began full of hope for a team that went 6-2 last season and were ranked inside the top 10 at one point.

But a season-opening loss at Iowa was a warning sign. Indiana bounced back with a win over Idaho, then lost five of its next six, including the last four.

Now the Hoosiers need to win their final four games if they want to play in a third straight bowl game.

“This is just trying to find a way to compete at a high level and play at a high level and win Big Ten football games,” Allen said. “So, to me, that's the whole goal. We've got to play our best football — all three phases working together, complementing one another, playing our best on Saturday.”

Saturday's game kicks off at 7:30 p.m. and will be broadcast on FOX.