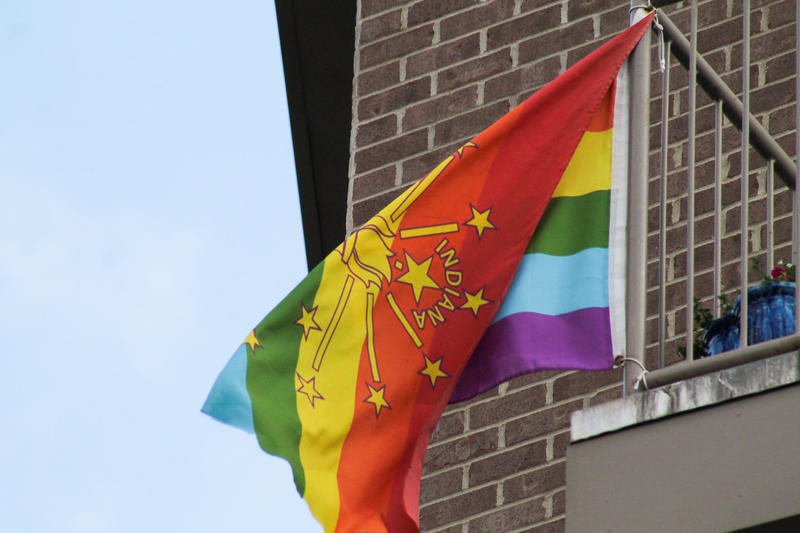 The lawsuit alleges the school's principal does not consider the Pendleton Heights GSA Club as an "official" student-led club, despite allowing it to meet on campus after school. (Lauren Chapman/IPB News)

The American Civil Liberties Union of Indiana is suing a high school in central Indiana on behalf of an LGBTQ+-focused student club, alleging unfair treatment by the school principal.

The newly filed suit claims the Gay-Straight Alliance club at Pendleton Heights High School has been prevented from advertising on the school's radio station and bulletin boards. Court documents also say the school principal has prevented the club from fundraising on school property.

ACLU of Indiana's advocacy strategist Kit Malone said other student clubs are allowed to promote themselves on campus.

"It appears from examining the way the school works, examining the student handbook, that there are a number of other school clubs that are allowed to advertise their events," she said.

Malone said the goal of the lawsuit is to ensure equal treatment for LGBTQ+ students.

"That they have access to the same rights and privileges that all other student organized clubs at their school have," she said.

Malone said if the school reverses course, the lawsuit could go away, but it remains unclear how the school and district plan to respond.

The school corporation did not provide comment for this story.