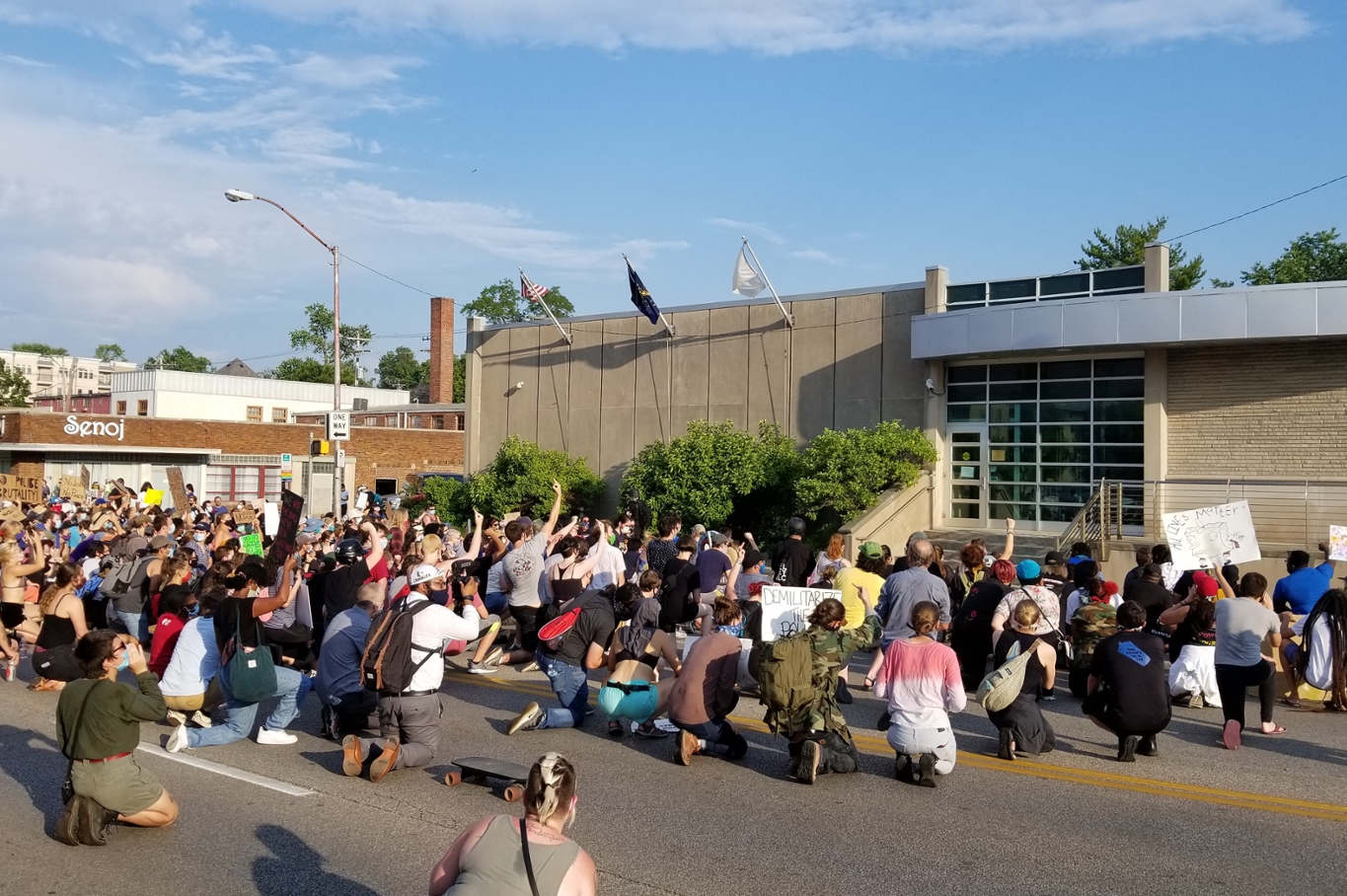 For the second day in a row, residents took to the streets of Bloomington demanding accountability for those who assaulted a Black man at Lake Monroe on the 4th of July.

Video captured several people holding Vauhxx Booker up against a tree, and yelling racial slurs at him.

Several leaders of the protest say they were undeterred by an incident that occurred at Monday’s rally in downtown Bloomington, where a vehicle ran into two protesters and drove away.

Police are still looking for that vehicle.

“Every single person that’s here, especially our White allies, have the responsibility to call out racism in its face and to make sure it never happens again,” said State Senator Eddie Melton (D-Gary).

The former gubernatorial candidate said he was so disturbed by the attack on Booker he drove from Gary to Bloomington to attend Tuesday’s protest.

Jada Bee, a member of Bloomington’s chapter of Black Lives Matter, told the crowd she was disappointed that only one member of city council attended the rally.

Bee said she met with Mayor John Hamilton several times before Saturday’s incident, urging him to address the racial problems in Bloomington.

“We spoke to that man, over and over and over again, Vauhxx Booker himself sat down with that man and said there is a problem in this town,” Bee said.

Several armed members of a group called “Citizens Protest Response and Safety” were on hand to ensure protesters weren’t harassed or attacked as they marched through downtown.

There were no reports of any incidents.

Correction: A previous version of this story described Jada Bee as the leader of Black Lives Matter. She is a member of the organization. The group has no official leader.